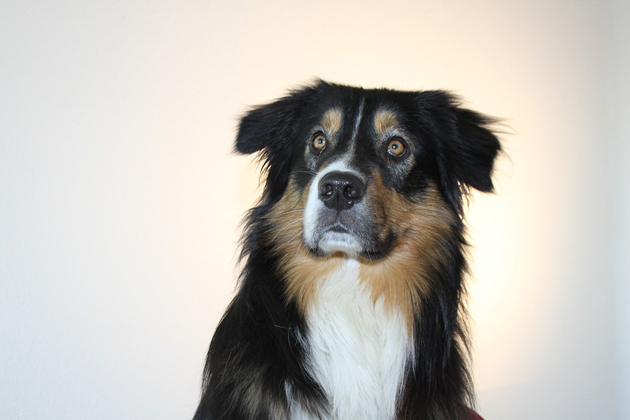 Here, the brave dogs who’ve risked their lives to save the ones they love.

Canine heroes are certainly not a new phenomenon—dogs have been coming to the aid of humans for thousands of years. But that doesn’t make their stories any less powerful.

These courageous dogs have saved the lives of owners, strangers and even other animals…but, sadly, they usually only receive 15 minutes of fame for their efforts.

Here, we salute some of our favourite heroic pups.

Back in 2012, Ashepoo, a purebred Australian shepherd, was credited with rescuing two-year-old Peyton Myrick after the pair got lost together.

While under his grandfather’s care in Clover, South Carolina, Peyton wandered into the nearby wooded area with Ashepoo and couldn’t find his way back. His grandfather had been working on the family’s tractor at the time, and didn’t notice that the boy had wandered off. By the time he realized Peyton was gone, it was too late—his grandson was missing.

Luckily, Ashepoo loyally remained by the boy’s side during the entire four-hour ordeal. The two were eventually recovered behind a barn on the property. Peyton had fallen asleep on his jacket, with Ashepoo standing guard over him. If Ashepoo had not remained with Peyton, there may have been a different outcome.

During Hurricane Katrina in 2005, a black Labrador was heralded as a hero. Ironically, the pup bore the same name as the storm that tore through New Orleans—Katrina.

Witnesses claim they saw Katrina rescue a drowning man. He’d fallen into the rising flood waters and was struggling to stay afloat when the Labrador sprung into action. She grabbed the man’s shirt and dragged him to higher ground. There, the two awaited a rescue team together.

Katrina was later honoured at the Genesis Awards by the Humane Society of the United States where she received a standing ovation.

As a trained and registered service dog, saving lives was a part of Major’s job. But the terrier and Labrador retriever mix routinely went above and beyond the call of duty.

Major’s owner was Terry McGlade, a military veteran who suffered from seizures and PTSD after encountering a roadside bomb during his deployment in Afghanistan. Major knew all the signs and symptoms of an episode, so when McGlade suffered a serious seizure and collapsed, Major acted quickly.

He pawed the screen of McGlade’s cellphone until it dialed 911. When the operator didn’t hear a human voice on the other line, they sent emergency responders to the house anyway. Once they arrived, Major greeted them at the door and led them to the unconscious body of McGlade.

“I probably would have been in severe trouble if he wouldn’t have called,” said McGlade. “Right now, he is my world because he is an extension to my body. I don’t think I could operate in the everyday world without him.”

The story of Eve the rescue dog feels like an action thriller: Flames surrounded the Rottweiler as she dragged her paralyzed owner from a near-fatal car accident. The used truck had swerved and crashed. Eve, sensing danger, grabbed her owner by the ankles and pulled her away from the wreckage. Within seconds, the entire truck was engulfed in flames.

The two were discovered in a ditch by firefighters and Eve was later awarded the Stillman Award for her act of bravery.

This sweet-faced pit bull was enjoying the day with her owner when they were attacked by an intruder. The man, wielding a shotgun, aimed and fired at Lefty’s owner. Without hesitation, the dog jumped in the way, taking a bullet to her shoulder. She survived the gunshot, but was severely injured.

After recovering in hospital, Lefty underwent an amputation to remove her leg. When the Atlantic Animal Hospital shared the story on their Facebook page, they were met with generosity from dog lovers across North America. Lefty’s new support team eventually raised enough money to cover her entire vet bill.

The hospital spokesperson said that Lefty had been “trotting around like she’s been a three-legged dog her entire life.”

This brave pit bull was out for a walk with her owner, Christine Spain, when she fell to the ground unconscious. Spain had a long history with alcohol abuse and was inebriated when she went for a walk with her pup, Lilly, near the local train tracks in Shirley, Massachusetts. Tripping over the tracks, she passed out, landing directly on top of them. Lilly sensed danger when she saw an approaching train, and attempted to drag her owner to safety.

The conductor of the train saw the pair on the tracks, but was unable to stop in time. Miraculously, Lilly was able to pull Spain out of the way, but was hit by the train in the process. The conductor, who exited the train up the tracks, called for help when he realized Lilly had been injured. Emergency responders rushed Lilly to the veterinary hospital for emergency surgery.

Lilly had one of her legs amputated, but thankfully suffered non life-threatening injuries. While she recovered in hospital, she earned a fan following. The town of Shirley, as well as other nearby municipalities, had heard of her heroics and managed to raise enough money to cover her medical bills.

A police officer named David Lanteigne created the Lilly the Hero Pit Bull organization in her name, which aims to help other rescue dogs in need of surgery.

This brave little English cocker spaniel was only a five-month-old puppy when she was hailed a hero.

Honey’s owner, Michael Bosch, was driving around town when they found themselves in a serious car accident. Their SUV had rolled over and was stuck upside-down in a ravine. With no witnesses or help in sight, Bosch had no other choice but hope that Honey would be able to find help.

Having managed to free Honey from the vehicle, Bosch instructed her to run. Within half a mile, Honey was able to gain the attention of a man, and bringing him back to the scene of the accident. He called for help, and Bosch was rescued from the vehicle.

Arguably the most famous dog on this list, Trackr is a trained search and rescue dog who played a pivotal role on 9/11 at the World Trade Center.

The German Shepherd was one of many dogs recruited to rescue survivors of the attack that day, and it was estimated that he dug through more 30 feet of rubble to reach some of the people. Working alongside his human partner, James Symington, officers were able to locate and successfully recover the last human survivor.

Officials hailed Trackr a hero and plan to clone him using DNA samples.

Here’s another German Shepherd for the list: Shelby is credited with saving the lives of her entire human family. She was awarded the honour of being the 45th Skippy Dog Hero of the Year for rescuing two adults and two children from carbon monoxide poisoning.

Shelby’s heightened scent detection is ultimately what saved this family. As levels began to rise in the house in the middle of the night, Shelby attempted to wake her sleeping owners. She ran to them individually, barking and nudging them, scratching, and whining until the entire family went outside. When authorities searched the house, they realized that the carbon monoxide levels in the house had reached a deadly level.

The family was rushed to emergency where they were treated for non life-threatening injuries.

Shelby’s owner, and mother of the two children, stated, “In my eyes, and in the eyes of my family, Shelby is more than a hero; she is a lifesaver, a guardian angel.”

We saved a true gem for the last pooch on the list.

Blue’s owner was an 85-year-old woman named Ruth Gay. While walking in her backyard one day she was approached by a large alligator. In a panic, Ruth tripped and fell to the ground where she was unable to stand back up on her own. Lucky for her, Blue was nearby!

The Australian cattle dog leapt into action, fighting off the alligator. The dog sparred with the alligator long enough to scare it away.

Both Blue and Ruth made full recoveries and the local community pitched in to celebrate Blue’s life-saving actions. They awarded the dog with cash, treats, toys, and a dog bowl personally engraved with the word “Hero.”

Article courtesy of World of Angus. For more information and stories you love about your best friend—and premium products for your pup—visit their website.