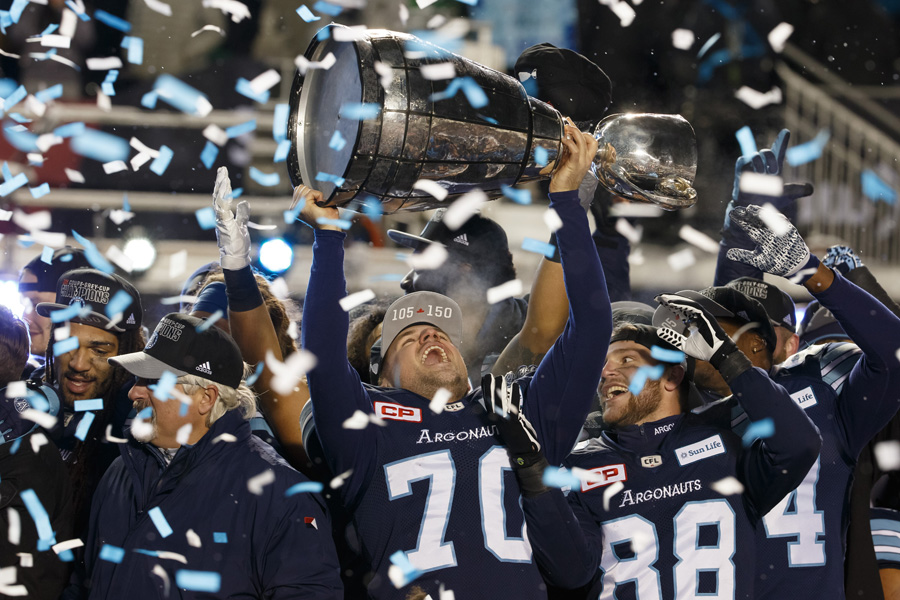 The Toronto Argonauts’ thrilling 27-24 win over the Calgary Stampeders in the 105th Grey Cup on Sunday provided all the up-and-down, crazy, roller-coaster moments we’ve come to expect from Canada’s championship football game.

The snow, the wacky plays, the bizarre halftime show, the stunning twists of fate, and the unforeseen outcome—these are what that make sports so compelling.

And while the CFL will always remain the poor relative to the mighty NFL, here are 5 reasons the Grey Cup is actually more entertaining than the Super Bowl.

1. The Elements: The blowing snow, icy field and frigid wind provided a dramatic setting for the championship game. Football is meant to be played outside in less than ideal conditions. There have been Grey Cup games played in rain, mud, ice and with frigid temperatures—the team that adapts best often emerges champion. The Super Bowl is always played in a dome or warm weather venue, cancelling out any influence form Mother Nature.

2. The Unexpected: Because the CFL game isn’t over-coached like its U.S. counterpart, (where there are almost as many coaches as players) the game is often decided by moments of sheer randomness. The best sporting events are those decided by the unexpected and the players—not the coaches—are much more involved in the final outcome. That’s the way it should be.

3. The Drama: Simply put, a CFL game is never over until the clock hits zero. The Stampeders had a seemingly insurmountable lead with three minutes left. Then the Argos took the lead with 39 seconds to play. No problem, the Stampeders marched down the field and almost snatched victory.

4. Cheesey Canadiana: Could there be a more Canadian moment than Shania Twain entering the stadium for her halftime show on a dogsled? Whoever signed off on that idea deserves a huge raise.

5. The Spirit of the Game: No one’s getting rich playing CFL football—not the owners, the coaches and especially not the players. These athletes, many from the U.S. south, come up here for the chance to play because they love the game. There’s so much money in the NFL, it’s almost overtaken the game. No danger of that happening in the CFL, one of the last leagues where the sport still comes first.