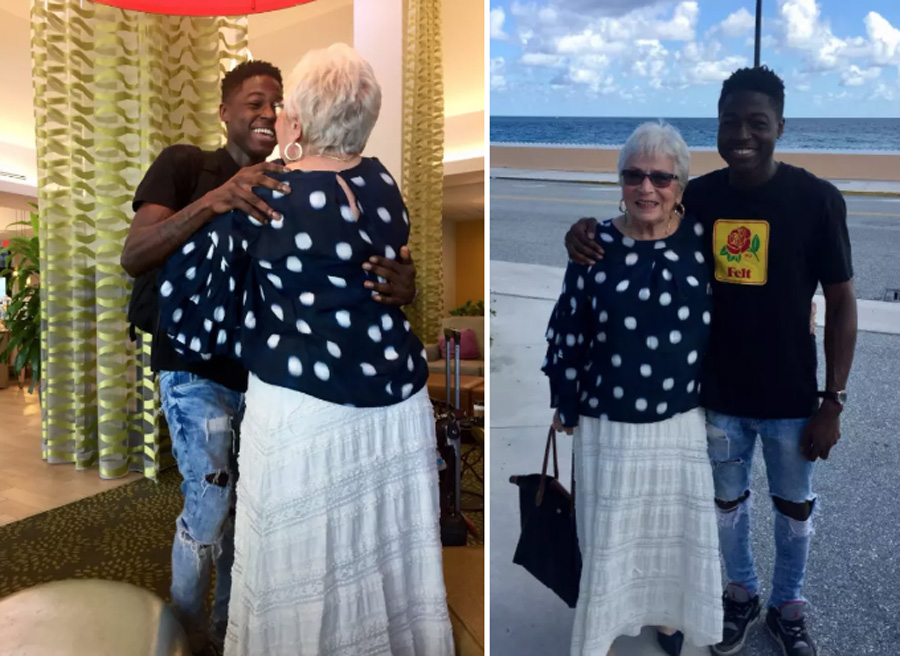 The bond shared between a young rapper and a Florida retiree is just the sort of warm-and-fuzzy story we could use more of in our lives.

Amidst war, presidential misfires and sexual harassment claims, the biggest story making the rounds last December was the simple feel-good story about friendship from the New York Times.

It all started back in July when 22-year-old aspiring rapper Spencer Sleyon embarked on an unlikely long-distance friendship with 81-year-old Florida retiree Rosalind “Roz” Guttman. The pair had developed a friendly rivalry while playing more than 300 games of the crossword-style app, Words with Friends. After exchanging a few messages back and forth, Sleyon offhandedly mentioned his desire to move to New York to pursue his music career. According to the New York Times, Guttman said: “Whatever you want, just go grab it.” So, he did. When Amy Butler, a senior minister at Riverside Church in Manhattan and mom of one of Sleyon’s friends, got wind of the story, she arranged for the two to meet in Florida.

“It was more beautiful than I could have even imagined,” she to told the New York Times of the emotional encounter. “There was no hint of awkwardness. It was like they were magnetically drawn to each other.”

The story undeniably struck a chord with readers, with Twitter users sharing in the moment.

“How many points is ‘crying’? This is so sweet,” wrote another.

Even Words With Friends got in on it with the following tweet:

Although Guttman has not spoken to reporters about her meeting with Sleyon, the retiree did sent Butler an email after the encounter, which the minister later shared with the New York Times. It read:

I’m at a loss for words to describe today. Without question, it was one of the most memorable days of my life. I’m still basking in the glow of warmth and friendship. You and Spencer extended yourselves to me and embraced me in a most unbelievable fashion. My only words in this moment are a humongous thank you. I love you both to the moon and back.

We don’t know about you, but we think this sounds like the beginning of a beautiful friendship.