5 Ways Nursing-Home Nightmares Could Soon Come to an End 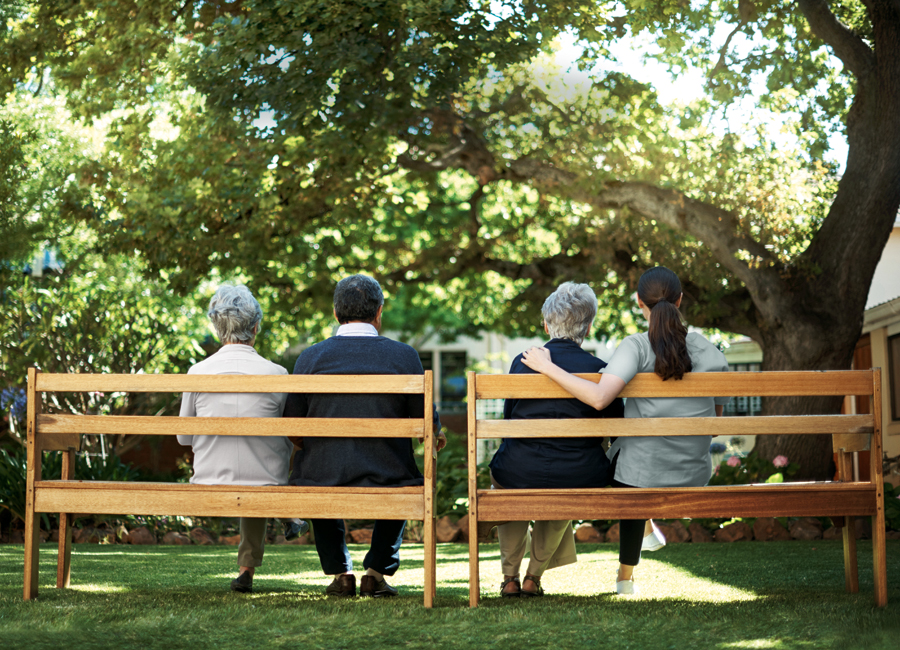 In British Columbia, soon you’ll be able to move into an intergenerational residence with your elderly parents. At a long-term care facility in Saskatoon, the residents run the show. In upstate New York, two modern, ranch-style homes – each with 10 residents – sit side by side nestled in a residential community. In Nagoya, Japan, the parking lot is purposely situated a good walk away, so that staff has a chance to relax and slow their pace a bit by the time they reach the main entrance. And at a group of homes in Australia, you could live out your life with a handful of trusted caregivers instead of dozens of strangers.

If these seem like “dream homes” compared to the nursing-home nightmares that might keep you up at night, take comfort knowing they’re reality.

“A culture change in aged care is happening here in Canada and around the world,” says Dr. Allen Power, a geriatrician, educator and the author of Dementia Beyond Drugs: Changing the Culture of Care. Power recently joined the team at Schlegel/University of Waterloo Research Institute for Aging (RIA) as Schlegel chair in aging and dementia innovation. “We’re seeing examples of change popping up all over the place,” he adds, the partnership between an eldercare provider and innovative researchers being one of them.

1. Multi-Gen Living
Among the shifts is the growing recognition that intergenerational communities can provide benefits to both seniors and their families. “People assume that elderly people want to live only with other elderly people but that’s not true,” says Candy Ho, the director and vice-president of Element Lifestyle Retirement Inc. “When you’re seeing only suffering and degeneration, it affects your emotions, your psychological well-being. It can be a depressant.”

Hence, Element’s development of three properties in B.C. planned to open over the next three years. All will offer homes and condos in which whole families can live together. In addition, unlike most senior residences, which are limited to independent and assisted living, Element developments including Opal in Vancouver, Oasis in Langley and Bayview Place in Victoria will offer “aging-in-place” communities, that is, the whole lifestyle continuum from active to independent to assisted living to complex care.

2. Empowering Elders
Other examples of innovation Power cites include Saskatchewan’s Sherbrooke Community Centre, a long-term care home and one of about 20 homes in Canada that is a registered Eden Alternative. An international, non-profit organization, Eden is a philosophy of care that addresses what its founders see as the three plagues of nursing homes – loneliness, helplessness and boredom. Among its principles is one that honours elders by empowering them with as much decision-making authority as possible. As such, Sherbrooke is not only resident-centred, it’s resident-directed. “People can direct their own life to the extent they’re able if surrounded by a community that has that focus,” says Suellen Beatty, the CEO. “I like to say my title stands for Chief Empowerment Officer.”

In Penfield, N.Y., St. John’s care home has two Green Houses situated smack dab in the community. The Green House Project is a trademarked brand offering homes to long-term care facilities in the U.S. that have been designed to meet the needs of the elderly. Usually, they’re situated on the larger nursing home’s campus but St. John’s was the first to place theirs offsite and in a residential neighbourhood.

Polly Bolland, the nurse leader, says the placement of homes in the community give residents a stronger sense of normalcy and that smaller households create stronger bonds between residents and caregivers, and the residents themselves. She offers the ritual that takes place when someone passes away as an example.

“Of course, it’s disturbing to see a friend being carried out on a gurney in a black body bag, so the residents made a quilt. We lay it over top to cover everything, and it’s like everyone is placing a hand on the person leaving.”

3. Eastern Directions
At the aged care community of Gojikara Mura Village in Nagoya, Japan – which includes long-term and assisted-living care, a pre-school, a school for health-care students and a vibrant community centre – low-rise buildings and traditional-looking Japanese homes give the place a neighbourhood feel. But what makes it so perfect is that it isn’t perfect.

“If you live in a perfect place, you feel bored, like a guest,” says Dr. Emi Kiyota, an environmental gerontologist, Harvard Fellow and founder of Ibasho, a non-profit organization dedicated to creating sustainable communities that value their elders. Ibasho is Japanese for a place where one feels at home being oneself.

Among the planned imperfections are parts of a walkway where the pavement abruptly ends, forcing residents to ask for assistance, thereby promoting socialization, as well as bamboo handrails, which, not suited to heavy wear-and-tear, have to be replaced annually, an excuse to bring in community volunteers.
Happily, relationships are flawed, too. Staff is allowed to be a little messy so they’re more likely to act like friends of the residents, and no one expects the elders to always get along. Normal life is about negotiating, Kiyota points out, and arguments are perfectly normal.

4. Getting to Know You
What isn’t perfectly normal, says Daniella Greenwood, the strategy and innovation manager of Arcare Aged Care homes in Australia, is being looked after by a bunch of strangers. That’s why Arcare developed a dedicated staffing assignment model in which schedules are created in a way that ensures only a handful of caregivers work with a small group of residents. Whereas traditional rotating staff assignments may see someone being cared for by dozens of people, here, a resident has as few as three or four caregivers, all of whom they get to know and trust.

“No one wants to talk about it, but imagine if you had to hope that the person who is going to wipe you and see you in the shower naked is ‘the nice one,'” says Greenwood. “When people enter the aged care space, they’re just changing their address not handing over their citizenry. Why should all their rights – personal, legal, civil – and the right to be treated with dignity and a respect for privacy go out the window?”

Greenwood, who visited Canada this past spring to share Arcare’s best practices with care homes here, says that if there is one thing she hears over and over from baby boomers, it is that at some stage along the way they promised their mom or dad that they’d never put them in one of those places. She assures people that by finding a home in which their parent will thrive, they are not breaking that promise.

5. Attitude Shift Required
For those for whom it is not too late, change can’t come too soon. So, what’s holding up progress? “There are many barriers to change although the biggest are usually the systemic barriers,” says Power. “What we usually see in aged care is good people working in inflexible systems, who don’t have the capacity to change them unless a broad representation of leaders help them to dismantle those systemic barriers and shift to different ways of supporting innovative approaches.”

Systemic barriers include rotating staff schedules and institutional timetables that are so rushed caregivers are not able to use their skills. “A person might know that the best way to support a person with dementia is to take time to connect before each task, to use good communication skills and to give them time to respond, give input and be engaged in those activities,” he notes. “But if that employee is told, ‘You have to get eight people up in the next half hour because the breakfast trays are arriving,’ there is no flexibility and that person will be rushed.” Power adds that regulatory and reimbursement systems, the biomedical approach to dementia and the societal stigmas around aging and dementia also stand in the way.

Still, there’s hope, he says. “The biggest thing I see is the international movement for human rights of people living with dementia, spearheaded by the UN, recognizing dementia as a disability and including it under their Convention for the Rights of Persons with Disabilities. As a result, this will shift the dynamic around many aspects of life, from housing, to autonomy versus risk discussions, to advocacy and social policy. It won’t be a smooth process, but there are exciting times ahead.”

Exciting, too, is the fact that although the work for change must take place on many fronts, the lynchpin is the consumer. “They support and drive everything, and if they are educated and their voices become loud enough, then people will listen.”

By they, dear boomers, he means us.

A version of this article appeared in the November 2017 issue with the headline, “Home Sweeter Home,” p. 60-62.