Trudeau to World Economic Forum: “We’re in a New Age of Doing Business” 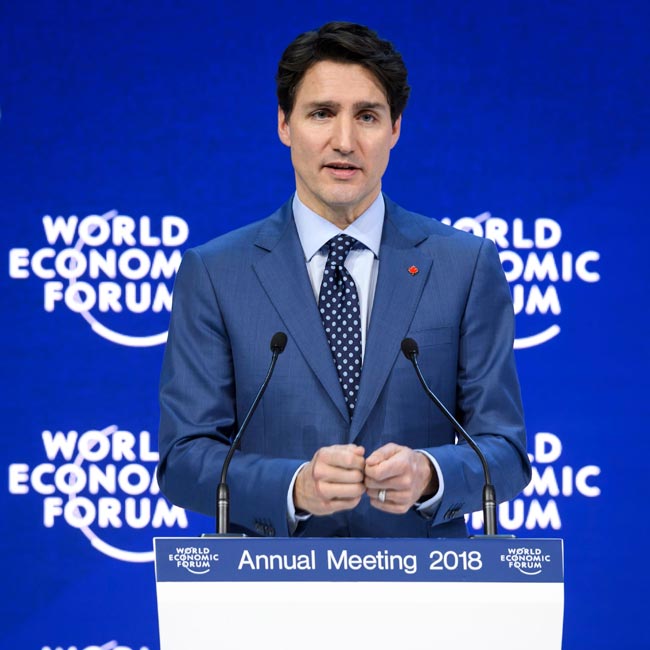 Justin Trudeau told the world’s top political and corporate leaders on Tuesday that as we enter a “new age of doing business,” corporations must stop focussing only on profits and start finding ways to give back to society.

“Too many corporations have put the pursuit of profit before the wellbeing of their workers,” Trudeau said in his speech to the World Economic Forum in Davos.

Addressing the gathering of the wealthiest and most powerful people on earth, the Prime Minister suggested that the typical corporate practice of avoiding taxes, cutting benefits and reducing workforce, while recording record profits, just “won’t cut it anymore.”

Instead, he emphasised that companies must start recognizing their social responsibility to “the folks that matter the most” – the people who aren’t rich or powerful enough to be in the room.

That’s all well and good but how do we make rich business people care about their workers? To get the ball rolling, Trudeau claims that the “smart thing to do” is “to narrow the gender gap” and start “hiring, promoting, and retaining more women.”

To back up this seemingly disjointed advice, Trudeau cited a study by the Peterson Institute for International Economics, increasing the share of women in leadership positions from 0 to 30 per cent will translate into a 15 per cent boost to profitability. Doing this will add $150 billion to the Canadian economy by 2026, says a recent McKinsey report.

Trudeau says ending gender inequality in the workforce can be accomplished by:

Trudeau also used his talk to announce that Canada had reached a deal on the Trans Pacific Partnership as well as outlining the threats for upheaval rapid technological change is having on workers.