Eyes on the Sky: Asteroid to Skim Past Earth Today 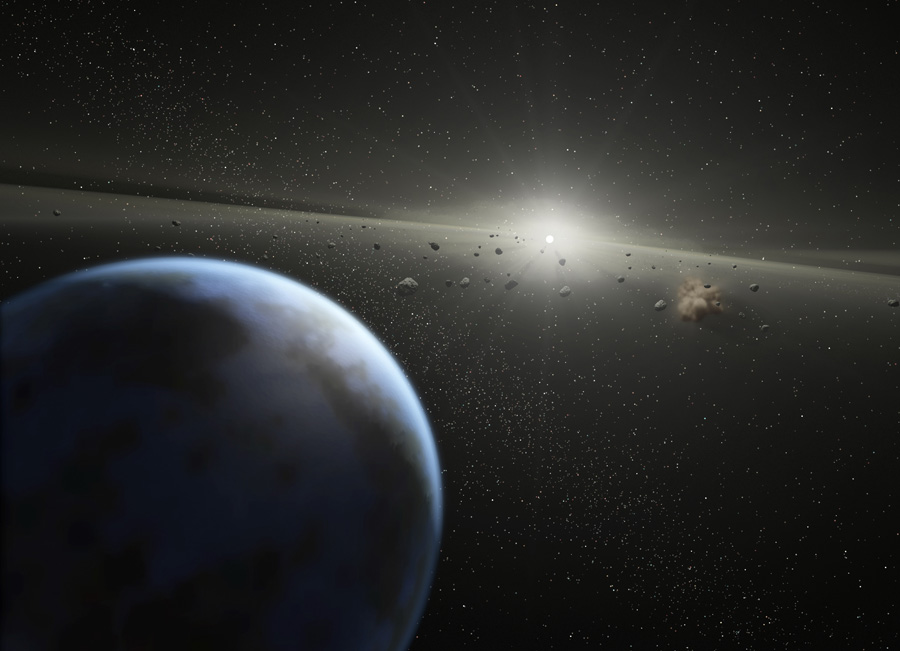 In the same week that Elon Musk’s SpaceX launched a Tesla roadster, complete with mannequin driver dubbed Starman, into space, it seems outer space is sending something of its own right back at us.

2018 CB, an asteroid believed to be between 15 and 40 meters, was spotted by scientists earlier this week and is expected to pass by Earth around dinnertime on Friday.  In a statement, Paul Chodas, who manages NASA’s Center for Near Earth Object Studies, noted that, “Asteroids of this size do not often approach this close to our planet — maybe only once or twice a year.” He added that even though 2018 CB, “is quite small, it might well be larger than the asteroid that entered the atmosphere over Chelyabinsk, Russia, almost exactly five years ago, in 2013.”

That particular little nugget of space matter, called the Chelyabinsk meteor, weighed more than the Eiffel Tower and was reportedly the largest natural object to enter our atmosphere in more than a century. It shone brighter than the sun and, while it didn’t directly strike Earth, its explosion within the atmosphere caused injuries to some in that area of the Ural Mountains in Russia, as well as blowing out windows and collapsing roofs of buildings.

CB 2018, as well as another asteroid that whizzed by with little fanfare earlier in the week, were detected by the Catalina Sky Survey, which is backed by NASA and, as its name suggests, keeps its eye on the sky to warn of anything dangerous heading our way. According to NASA, CB 2018 will pass Earth, “around 2:30 p.m. PST (5:30 p.m. EST), at a distance of about 39,000 miles (64,000 kilometers), which is less than one-fifth the distance of Earth to the Moon.”

Thankfully it poses no threat to Earth (you won’t actually even be able to see it using conventional methods), which means there’s no need to cancel your weekend plans. Instead, crowd around the computer together and watch the asteroid go by logging on to the Virtual Telescope, a real-time hook-up to high-powered robotic telescopes broadcast live online. Of course, we can think of someone who has an even better view…