Does Jocelyne Larocque Have Anything to Apologize For? 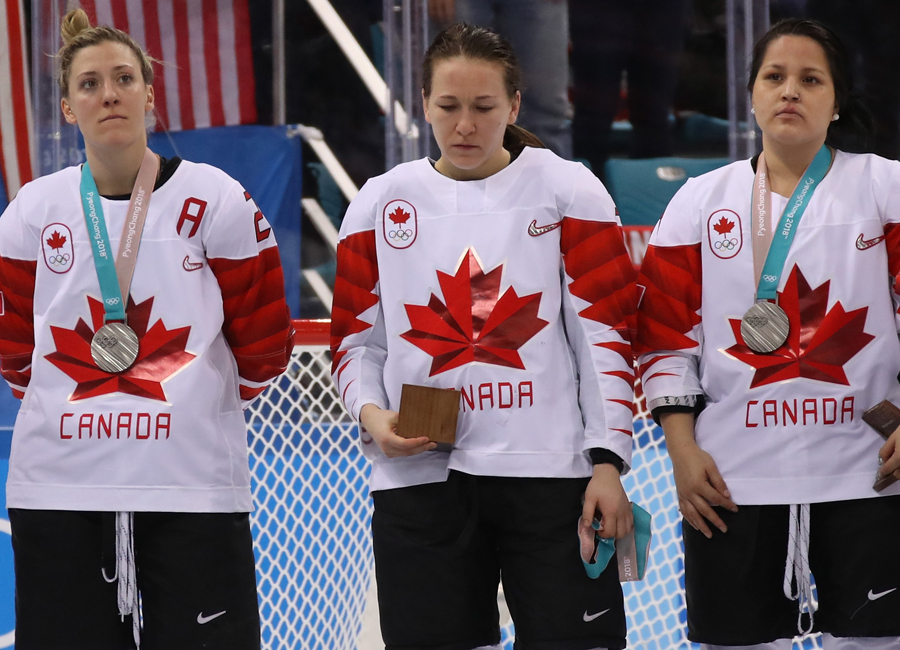 Some are saying that Canadian Women’s Hockey team player Jocelyne Larcoque took her disappointment at missing gold too far.

After a team narrowly misses out on a gold medal, receiving the silver is hardly a comforting consolation for the players. Yet, Larcoque’s refusal to wear the silver medal after the final game is still the subject of an international debate.

The U.S. women’s hockey team edged out Canada 3-2 in a shootout after a nail-biting regulation.

As an Olympian, Larcoque may have been better off wearing the silver medal like the rest of her solemn teammates. After all, you’re there to represent your country, not yourself.

But as a competitor, in that moment, the silver medal represents failure, which is tough to embrace, let alone wear.

When asked why she couldn’t bring herself to hang the medal around her neck in a post-game interview, a distraught Larcoque said, “we were going for gold.”

Nowhere is this statement more true than in women’s Olympic ice hockey, where our country’s end result – gold – was  a forgone conclusion for many.

On their way to the gold medal game, Canada beat Finland and the OAU 4-1 and 5-0 respectively. These are the two teams that competed for Bronze. So in a tournament where parity exists only between the two North American teams, it’s not surprising that silver loses its cache.

However, it’s not only the Olympic faithful who thought Larcoque took her disappointment a step too far. According to the Globe and Mail, after leaving the ice she was scolded by a member of the Ice Hockey Federation and told she couldn’t legally refuse to wear the medal.

If that wasn’t bad enough, one angry Olympic fan took their chastising of Larcoque beyond mere social media trolling and edited the hockey player’s position on her Wikipedia page to “poor sport.” Ouch!

In her defence, Larcoque later apologized and offered an explanation for her behaviour.

​”I want to apologize,” Jocelyne Larocque said in a statement released Friday from the Pyeongchang Games in South Korea. “In the moment, I was disappointed with the outcome of the game, and my emotions got the better of me. I meant no disrespect – it has been an honour to represent my country and win a medal for Canada. My actions did not demonstrate the values our team, myself and my family live and for that I am truly sorry.”

Unfortunately, for a large portion of Olympic fans, it’s already too late.