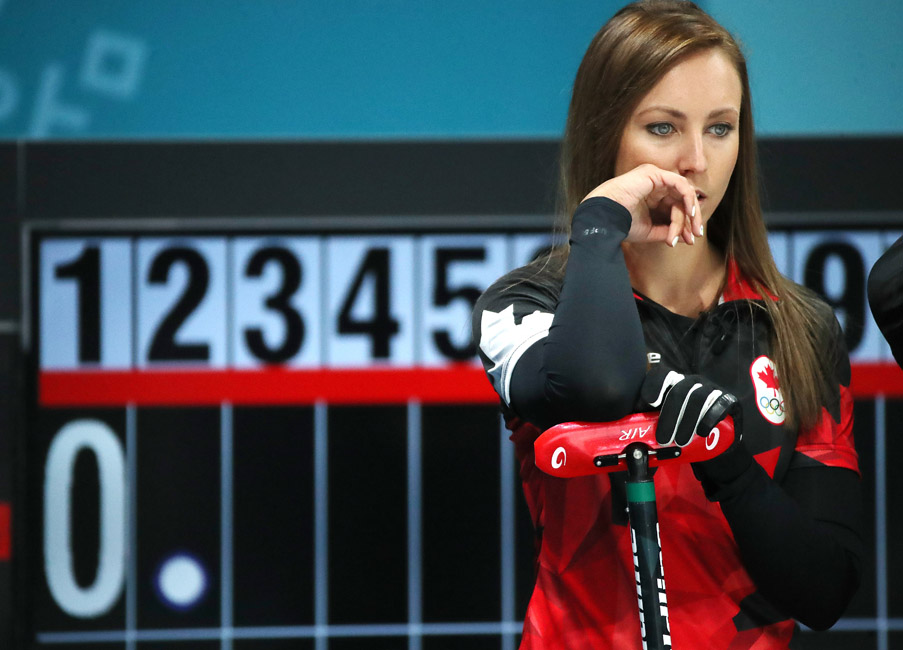 Despite the fact that Canada is having its best Olympics ever – earning 27 medals so far, one more than the record set in Vancouver – the hockey and curling teams are going to head home from PyeonChang disappointed.

Expectations were very high for both women’s and men’s hockey and curling teams, yet they’ll be returning home with one lousy gold.

First the hockey story. Canada’s 4-3 loss to Germany (Germany!) in men’s hockey means they’ll compete in the who-cares bronze game against Czech Republic. As the hockey fans tried to get over the shock of losing to a non-ice hockey power, the German media were obviously overjoyed at the result, dubbing the victory an “incredible ice battle.”

And while the men were getting dusted by Germany, the women were still licking their wounds after losing to the U.S. the day before. While the team captured silver, it was gold they really wanted.

At the curling rink, both the men’s and women’s teams were kept off the Olympic podium. Our only shining moment came early in the games when Kaitlyn Lawes and John Morris won a gold in mixed doubles’ curling.

So while it’s nice we’re doing incredibly well at freestyle skiing (4 gold, 2 silver, 1 bronze) and short-track speed skating (1 gold, 1 silver, 3 bronze), it’s disappointing to lose in the sports we were supposed to do well in.