Will Trump Tariffs Incite A Trade War With Canada? 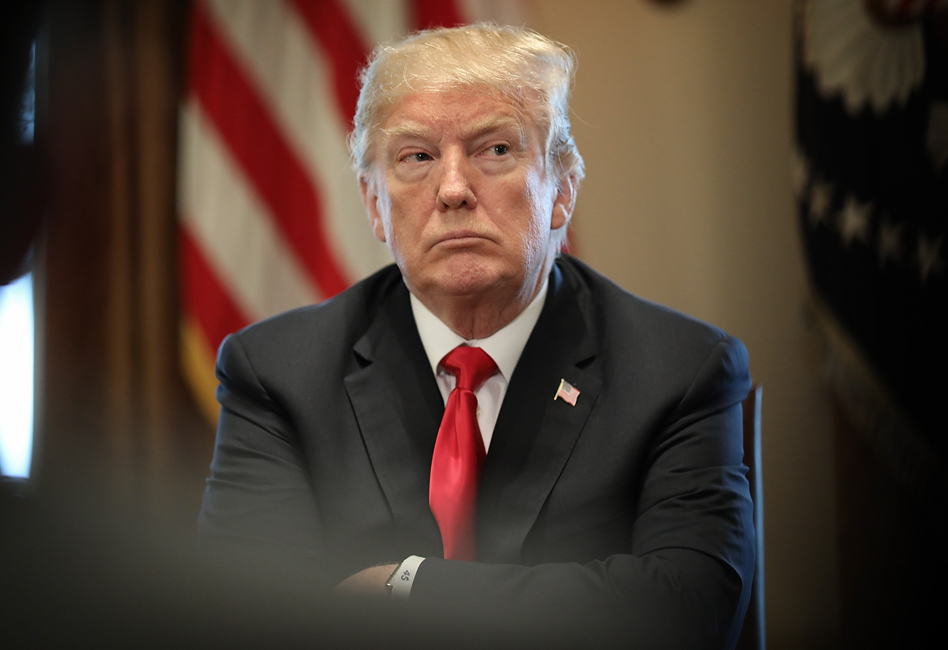 President Donald Trump at a meeting with leaders of the U.S. steel industry at the White House on March 1, 2018 to announce plans to impose tariffs on steel and aluminum imports. (Photo by Win McNamee/Getty Images)

When U.S. President Donald Trump dropped a bombshell Thursday saying that he would begin imposing tariffs on steel and aluminum imports, he touched off fears of an impending global trade war that would affect his country’s largest trading partner – Canada.

Saying that “trade wars are good, and easy to win,” Trump said the tariffs could be imposed under Section 232 of a national security provision that  allows the President to ““adjust the imports of an article and its derivatives” if the Commerce Department deems it “threaten to impair” U.S. national security.

The announced move will not only increase tensions between the U.S. and it global partners but, if they apply to Canada, have a punishing affect on our own steel industry’s ability to sell in the U.S.

That’s because Canada is the largest source of steel and aluminum imports to the U.S., comprising 16 per cent of all imports, ahead of Brazil (13 per cent) and South Korea (10 per cent).

Reaction to the Trump tariffs here was immediate and harsh.

The increasingly protectionist attitudes in the U.S. come at a bad time, as Canadian negotiators are already struggling to save the North American Free Trade Agreement (NAFTA).

There’s still a slim hope that Canada, as America’s closest ally and trading partner, might be exempt from the tariffs. “Canada should just be excluded – period. We have an integrated economy. And if it gets undone, America will pay a heavy price,” says Leo Gerard, International President of United Steelworkers. Ken Neumann, director of United Steelworkers Canada, went further, saying the move could “decimate” the Canadian industry.

The news sent stock markets reeling around the world – the Dow closed the day 420 points lower.

Outside of Canada, there was a great deal of negative reaction to the Trump tariff announcement, both in the U.S. and around the world: