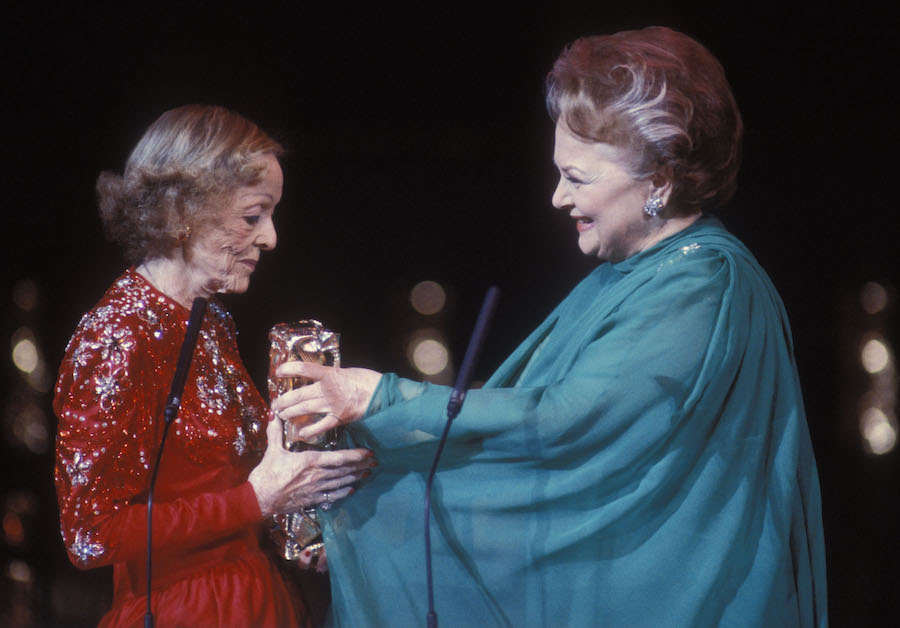 There are few living legends left from Hollywood’s Golden Era — but Olivia de Havilland, now 101, is one of them, and she’s tossing down the gauntlet to protect her reputation.

Dame Olivia de Havilland (fun fact: she was made a Dame Commander of the Order of the British Empire in 2017 making her the oldest person to receive such a title), who lives in Paris, is most famous for her portrayal of Melanie Wilkes in the 1939 blockbuster and Oscar-winning film Gone With The Wind, base on the Pulitzer-Prize winning novel by Margaret Mitchell. She also starred opposite sex-symbol Errol Flynn several times, including playing Maid Marion in the 1938 classic The Adventures of Robin Hood.

What’s got the demure Dame up in arms?  Last year’s much-lauded series Feud: Bette and Joan created by Ryan Murphy (Glee, The People vs. OJ Simpson). Turns out de Havilland is none too thrilled by the portrayal of herself by Catherine Zeta-Jones. In the FX series the de Havilland “character” is seen gossiping, back stabbing and swearing during a backstage interview at the Oscars to help illustrate the famous feud between her colleagues Bette Davis and Joan Crawford.

According to a profile of the star in The New York Times, her  lawsuit “alleges unauthorized use of her name and likeness to endorse a product — a “right of publicity” claim — as well as false light, which sounds like the old Vaselined lens trick but in fact is a privacy tort akin to libel and defamation.” In the same New York Times report, de Havilland emailed the journalist to explain: “When ‘Feud’ was first being publicized, but before it went on the air, I was interested to see how it would portray my dear friend Bette Davis… Then friends and family started getting in touch with me, informing me that my identity was actually being represented on the program. No one from Fox had contacted me about this to ask my permission, to request my input, or to see how I felt about it. When I then learned that the Olivia de Havilland character called my sister Joan ‘a bitch’ and gossiped about Bette Davis and Joan Crawford’s personal and private relationship, I was deeply offended.”

De Havilland has won two Oscars, in 1946 and 1949, and did indeed have a famous feud  with sister Joan Fontaine, another Oscar-winning actress. However, there seems little proof that the portrayal on Feud is accurate. But according the the laws of the land that doesn’t matter.

Ryan Murphy, FX and Fox are fighting back claiming that Feud falls “under protected speech around fictional works in the public interest.” For his party, Murphy, who created and wrote some of the episodes, wrote in court documents that, “While I understand Ms. de Havilland alleges that she was portrayed as a gossip, the opposite is true. She is portrayed as a wise, respectful friend and counselor to Bette Davis, and a Hollywood icon with a unique perspective on the past.”

On March 20 de Havilland will get her day in court when the case comes before the California State of Appeals.