The Debut of Viola Desmond’s $10 Bill 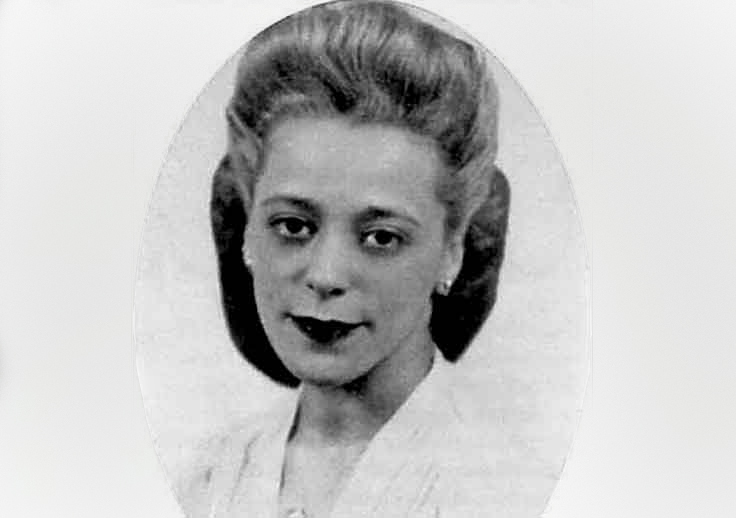 The Black activist joins a select group of women to grace a Canadian banknote. The Bank of Canada revealed the design this morning at a ceremony in Halifax to mark International Women’s Day.

In his opening remarks, Bank of Canada Governor Stephen Poloz said about the decision to choose a woman for the new note, “The minister of finance and I agreed, from the beginning, that it was long past time for a banknote to feature an iconic Canadian women. That’s been a goal of mine since I became governor.”

Poloz, along with Federal Finance Minister Bill Morneau, joined Desmond’s sister Wanda Robson for the unveiling. The new $10 bill, with a unique horizontal design, features a portrait of Viola Desmond on the front and a depiction of the Canadian Museum for Human Rights on the back.

Minister Morneau told the audience that never before such an event had he and Poloz “decided that we needed to have a Kleenex in our pockets.”

“Viola is just one of millions of stories from women who’ve helped shape, build and influence our country. But it’s an important story because it shows that standing up for what we believe, whether it’s on the step of Parliament Hill or in a movie theatre in New Glasgow, Nova Scotia, it can make our country and our world a better place for future generations,” Morneau went on to say.

He thanked Poiloz and the Bank of Canada team who developed the new note, and gave special recognition to Robson. “Of course it was you, Wanda, [who]  brought the story. The younger sister who tells that story better than anyone.”

When asked to share her own feelings with the crowd, Robson extended gratitude to the design team, the minister and governor, saying, “I thank all them from the bottom of my heart. I’ll never ever forget this day, I can’t – it’s written in history.”

The new $10 bill will go into circulation at the end of this year. Robson was given a sneak peek a couple months ago. Her emotional reaction was captured on video.

Desmond, who died in 1965 at the age of 50, is often referred to as “Canada’s Rosa Parks.” In 1946 the Nova Scotia businesswoman was jailed for sitting in the “whites only” section of a movie theatre.. Her case to appeal the conviction became the first to challenge racial segregation in Canada.

This marks only the third time a woman has donned a Canadian banknote  The first was Queen Elizabeth who has reigned the front of our $20 bill since 1934. The second occasion was a run of the $50 bill, between 2004 and 2012, the back of which featured women’s rights activists including The Famous Five – Louise Crummy McKinney, Irene Marryat Parlby, Nellie Mooney McClung, Henrietta Muir Edwards and Emily Murphy – and Quebec feminist Thérèse Casgrain,

We don’t know that the choice of denomination was intentional, however, $10 does come close to the pay gap Canadian women still experience for every $100 they make. They earned 87 cents an hour for every dollar made by men in 2015, according to a Statistics Canada report released last year for IWD,

Earlier this week, Ontario Premier Kathleen Wynne announced intentions for a “pay transparency” bill to address the issue. Companies would be required to disclose salary range on job ads and also report on employee salaries.

And the move follows the inclusion of pay-equity legislation in the recent Federal budget. It’s an effort to make sure that men and women, working for the federal government and and in federal-regulated sectors, receive the same pay for equal work.