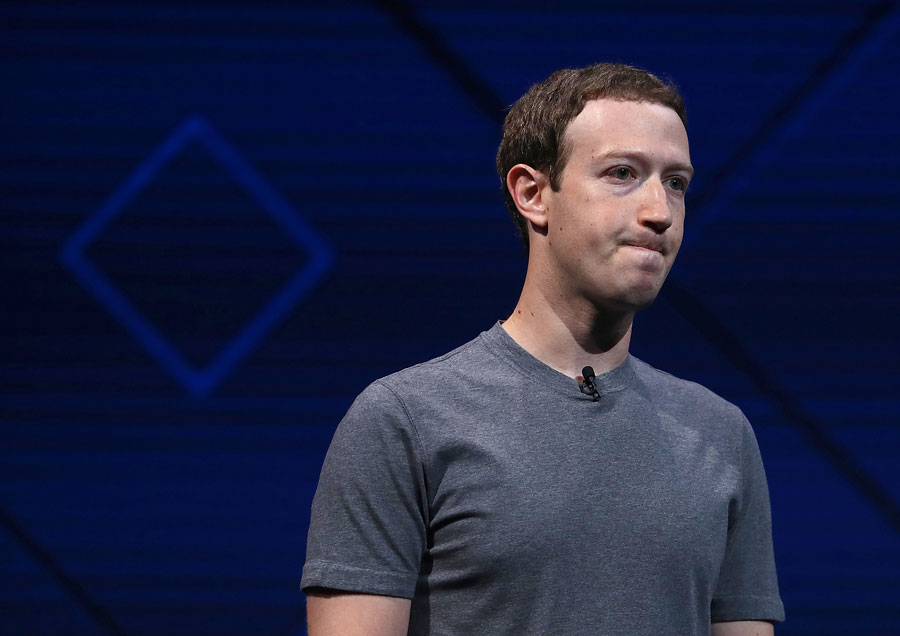 Facebook CEO Mark Zuckerberg is under fire as outrage over a data breach that may have helped get Donald Trump elected continues to spiral out of control.

Wylie, 28, lived in B.C. before moving to the U.S. where he worked as a research director for Cambridge Analytica, a company that uses social media data to help politicians get elected. It’s run by hedge fund billionaire Robert Mercer who worked closely with Steve Bannon, the former executive chairman of Breitbart News Network who ran Trump’s 2016 presidential bid.

“We spent a million dollars harvesting tens of millions of Facebook profiles and those profiles were used as the basis of the algorithims that became the foundation of Cambridge Analytica itself. The company itself was founded on using Facebook data … They had apps on Facebook that were given special permission from not just the person who uses the app… but it would go into their entire friends network and pull out all their friends’ data as well … I do feel responsible for it and it’s something that I regret.”

Everyone from the president on down is denying that they misused Facebook data from Cambridge Analytica. Trump’s campaign manager claimed the president’s election team used material from the Republican National Committee database, not Facebook. And, just as the story was breaking, Facebook said they “reject any suggestion of violation of the consent decree. We respected the privacy settings that people had in place. Privacy and data protections are fundamental to every decision we make.”

For its part, Cambridge Analytical has suspended its CEO Alexander Nix pending a full investigation into the data-breach scandal. Nix was secretly recorded on Britain’s Channel 4 News claiming he played a major role in the 2016 U.S. presidential election, which included: “all the data, all the analytics, all the targeting.” They also uncovered disturbing revelations that political consulting firms will use bribes, spying and sex workers to use as leverage against politicians.

Apparently, secretly misusing Facebook data for election success predates Trump’s election campaign. Carol Davidsen, the former director of integration and media analytics at Obama for America, tweeted that her team used Facebook data for their campaign. “Facebook was surprised we were able to suck out the whole social graph, but they didn’t stop us once they realized that was what we were doing.”

Now Global News is reporting that Wylie actually offered this same service to the Liberal Party in 2009, but was turned down.

The current Liberal government said it is responding to the Wylie allegations by saying it will meet with the Canadian Security Intelligence Service (CSIS) to consider the threat social media poses to the electoral system.

Zuckerberg has yet to comment on the data breach fiasco. Shares in his multi-billion dollar company were down sharply on the NYSE on Monday.