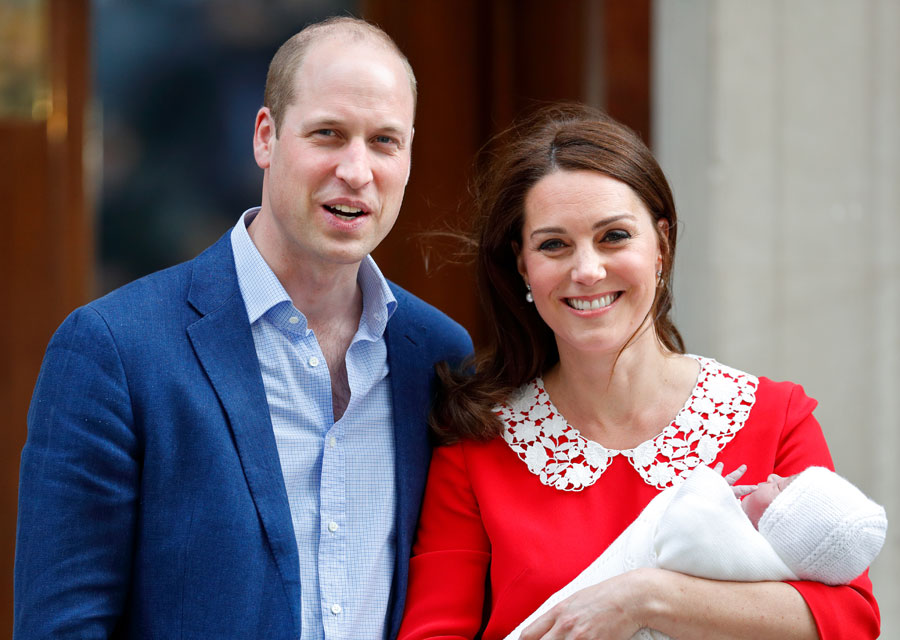 With the imminent arrival of Royal Baby No. 3 later this month, all eyes are currently on the Duke and Duchess of Cambridge — although little Princess Charlotte just might steal a bit of thunder for herself.

Depending on the baby’s sex, the arrival may mean that the almost-three-year-old tot will make history within the British Royal Family.

If Kate gives birth to a baby boy, it will be mark the first time (ever!) that a girl would keep her rank instead of dropping back a place behind a younger brother.

It’s all thanks to a welcome change of succession laws in the UK, which were updated shortly before the 2013 birth of Prince George to allow a possible first-born daughter of William and Kate to take precedence over any younger brothers. And it’s about time, too!

The decision was approved during a Commonwealth summit in Australia back in 2011, effectively changing a 300-year rule. The old (and incredibly outdated, lets be honest) succession laws originally stated that the heir to the throne would be the first-born son of the King or Queen of England. Back then, the title would only pass to a daughter in the complete absence of sons.

Other monarchies where the eldest child is the heir, regardless of sex, includes Sweden, Norway, the Netherlands and Belgium.

RELATED: Bookmakers Think They Know the Sex and Name of Royal Baby No. 3

Go figure it would be Charlotte who would make history.

I fully admit my current favourite royal is the pint-sized daughter of William and Kate. What can I say? I sense a star in the making with this one.

I know what you’re thinking: She’s a toddler whose made only a handful of public appearances with Mum and Dad. While this is certainly true, those few outings have all been memorable.

Unlike her shy elder sibling, four-year-old Prince George, Charlotte is already scene-stealer. Whether she’s upstaging her aunt, Pippa Middleton, at her own wedding or saying her first words in public while on a Royal Tour of Canada, Charlotte manages to capture more global headlines than most members of her family (with the exception, perhaps, of her uncle Harry and soon-to-be-aunt Meghan).

The kid even has a pub named after her! Should you find yourself in Colchester, Essex, kick back and grab a pint at The Princess Charlotte. Granted, there are pubs named after all the current Royal Family members scattered throughout the country, including one for George, but Charlotte is the youngest to ever receive the honour.