Breaking Down The PC Party Scandal 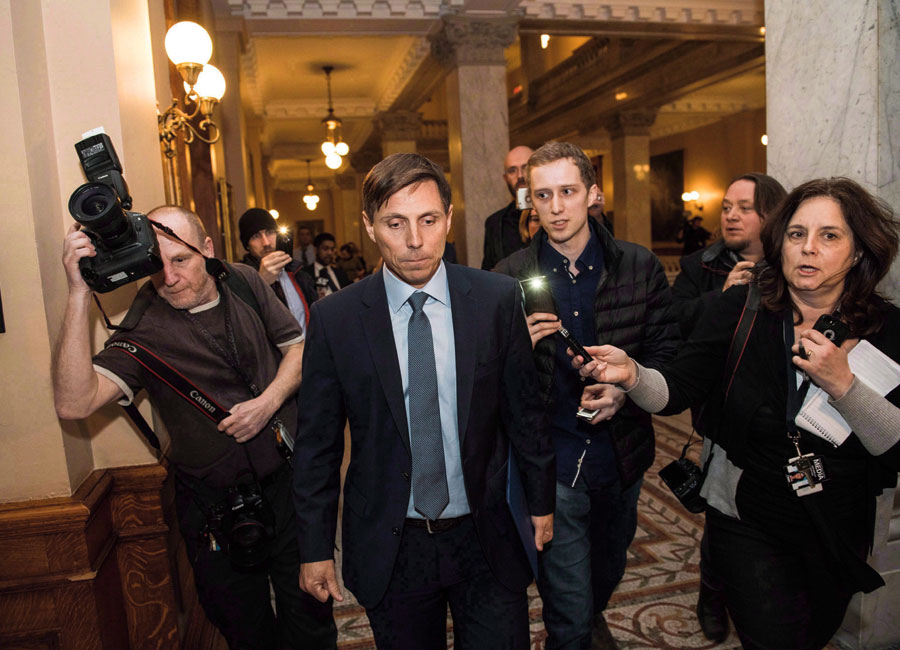 No wonder people are increasingly cynical about politics. There is a never-ending stream of allegations against people in power, running the gamut from sexual misconduct, corruption, financial impropriety, rigged elections and collusion with foreign powers. Since the election of Donald Trump, U.S. politics have most resembled a hit reality show, and we’ve been watching smugly from across the border. But now the circus has come to town.

The saga of former Ontario Progressive Conservative leader Patrick Brown had it all. For those without any skin in the game, myself included, it was riveting, unlike anything ever seen in Ontario politics. I came away feeling as though I’d been holed up for days watching Netflix – in other words, mild guilt instead of the satisfaction that comes after covering a story intensively.

As to the facts: with so much dirt thrown in every direction, it is difficult to know what to believe, frankly, difficult to believe anything. And I fear that is the way public discourse is going.

Patrick Brown was undone by anonymous accusers who told CTV News he pushed them into unwanted sexual contact when they were very young and very drunk, and he was a sober MP, at least a decade older. Brown was given a few hours to respond before the story was broadcast. He held a disastrous news conference 15 minutes to air, where he denied the allegations and vowed to stay on. His staff deserted him en masse – resigning via Twitter – while he was alone at the podium. No one supported him during a caucus conference call in the wee hours, and Brown resigned by morning.

He hid out for the first couple of weeks until he went to the hospital for a previously scheduled procedure. He says everyone in the waiting room came up to show support and shake his hand, and that’s when he decided to fight back. The sentiment is understandable – it’s easy to sympathize with such a career-destroying takedown with no due process and no way to confront the accusers. Brown insisted it was a political hit.

He hired lawyers, crisis communications and a private investigator. When I interviewed Brown on my radio show (Fight Back, on Zoomer Radio AM740), he wouldn’t tell me how much such an effort costs or how he was paying for it. They found key details of the allegations were wrong – most notably, one of the alleged victims was not underage and in high school when the incident supposedly took place, as CTV had reported. Brown presented this as “monumental” proof of his innocence. But both CTV and the accuser stood by the story. She said through her lawyer that “collateral details,” such as the timeline difference from what she first recalled, “are not important.” Brown then took two lie detector tests, passed, and then declared his name cleared. The PC’s interim leader Vic Fedeli disagreed, and kicked him out of the caucus, saying the party was full of “rot,” which had to be cleared.

Brown’s scrappy response: he entered the race to replace himself. That led to a slew of other allegations about his financial affairs. Brown blamed his political enemies and said former staffers stole his personal information and leaked it selectively. He deflected every criticism, including the one that came from those who sympathized with his plight – that his run was a selfish move that hurt his party.

Brown’s bid seemed to be gaining traction – he had support, especially in his hometown. The internal polling from his camp found he was neck and neck for the lead. So why did he step down again 10 days after plunking down a $100,000 deposit to start his campaign? He said he realized that he could not fight the allegations and the Liberals at the same time. He acknowledged that his candidacy was sucking all the oxygen out of the race. He also cited the toll on his family: “It has been gut-wrenching to see my own family in tears, pushed to the edge, even suffering anxiety and panic attacks that required medical intervention.” A senior campaign staffer told me he and his family had received death threats. That, shockingly, also seems to be de rigueur in politics these days.

The race was marred by complaints that thousands of members were unable to register their votes through the online system. An injunction to stop the March 10 convention was dismissed at the eleventh hour. The event was allowed to go ahead, but it was likened to a “dumpster fire.” Party members who paid $50 to attend were finally ordered to go home four hours after the results were supposed to be out. Lawyers and scrutineers reviewed disputed ballots for another three hours before declaring populist Doug Ford, brother to the infamous late Rob, the narrow winner. Second place finisher Christine Elliott alleged serious irregularities until she conceded 24 hours later.

You would think all of this has caused irreparable harm to the PCs. But as of this writing, the polls show they are still poised to beat the unpopular Liberals in the upcoming election. Insiders applauded Brown’s withdrawal. No question the mayhem around him stole the spotlight. But it is a much brighter light than the party would have otherwise received. We binge-watched the tumultuous debacle. Having captured our eyeballs gives the PCs an advantage. They just have to keep them for the sequel.