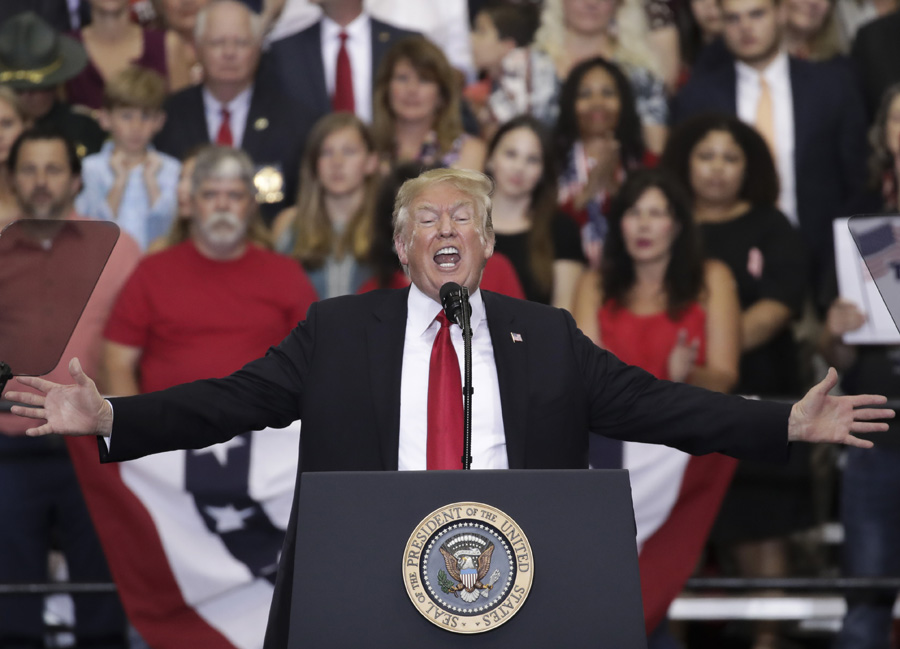 U.S. President Donald Trump, shown speaking at May 29 rally in Nashville, has announced he will go ahead with threats to impose steel tariffs on Canada. (Photo by Drew Angerer/Getty Images)

As the clock strikes midnight, Donald Trump appears ready to carry through with his threats to impose steel and aluminum tariffs on his largest trading partner and closest ally. With no more options left, it seems Canada’s only option is to go toe-to-toe with the U.S. in a trade war it has little chance of winning.

As of June 1, the U.S. will impose a 25 per cent tax on all steel imports and a 10 per cent tax on aluminum. While Mexico and the European Union will also be affected by the move, Canadian steel and aluminum manufacturers will be hit hardest: the value of shipments of both metals to the U.S. comes close to $20 billion dollars annually.

Canada had been given a 30-day reprieve from sanctions progress on the renegotiation of the North American Free Trade Agreement (NAFTA).

However, Trump – expressing frustration at lack of progress on the renegotiation of the free-trade deal – has decided to go ahead with the tariffs. “The talks are taking longer than we had hoped,” said U.S. Commerce Secretary Wilbur Ross.

In a phone call earlier this week to the U.S. President, Prime Minister Justin Trudeau made a last-minute effort to stave off the tariffs. The U.S. move is bound to be a subject of contention at the next G-7 meetings, which Trudeau will host next week in Ottawa.

In other words, it sounds very much like a trade war is coming. This is not good news for Canadian metal manufacturers.

Macleans recently outlined why this is a game Canada cannot win.

“Trade wars easily escalate, spelling trouble for an open economy like Canada’s. Given our abundance of resources and knowledge, we have plenty to share. We should not be shocked to see Ottawa utterly unprepared for Washington’s wrath towards its trading partners.”