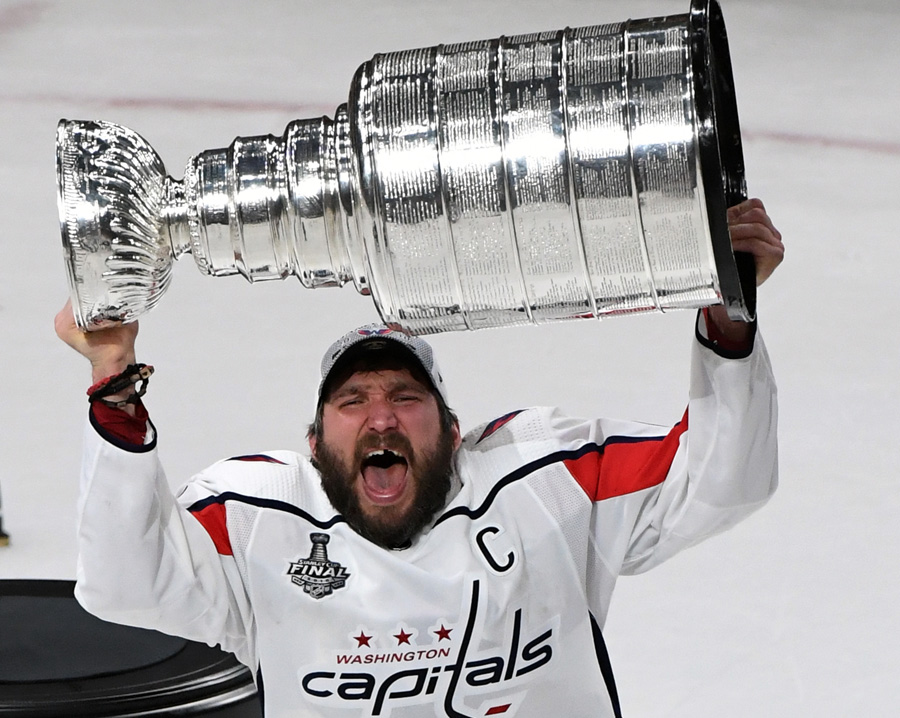 After falling frustratingly short for most of his career, Alexander Ovechkin made sure this year’s Stanley Cup playoffs would be different.

The Russian 32-year-old superstar put the Washington Capitals on his shoulders and led them to a convincing thrashing of the Las Vegas Golden Knights. The “Great 8” scored a key goal, blocked a shot late in the game and then let out a shriek of relief as he lifted the Stanley Cup, the first in the 44 years of team history. He was also presented with the Conn Smythe trophy, MVP for the playoffs.

“Fans we did it. Get some beers. Get some whatever and start celebrating. We’re the Stanley Cup champions! Washington Capitals baby!” shouted a joyous Ovechkin, celebrating a moment that was a long time coming.

Joining Ovi, the Capitals and all of Washington’s long-suffering fans in celebration was President Donald Trump, who took time off from his pre-G7 bashing of Canadian trade policies to praise the local champs.

It was a defining moment for Ovechkin, a player who’s often been accused of putting himself ahead of the team’s success, and cements his place as one of this generation’s greatest players.

Obviously, he didn’t do it alone.

The Capitals have so much talent distributed throughout all four lines. While players like Ovechkin, Evgeny Kuznetzov, Nick Backstrom, T.J. Oshie and John Carlson carry the offensive load, as always, it was the unheralded players like Tom Wilson, Devante Smith-Pelly and Lars Eller (who scored the Cup-winning goal) whose contributions made the difference.

And backed by the solid goaltending of Braden Holtby, the team overpowered the Golden Knights, whose incredible run of good fortune finally ran out in the Finals.