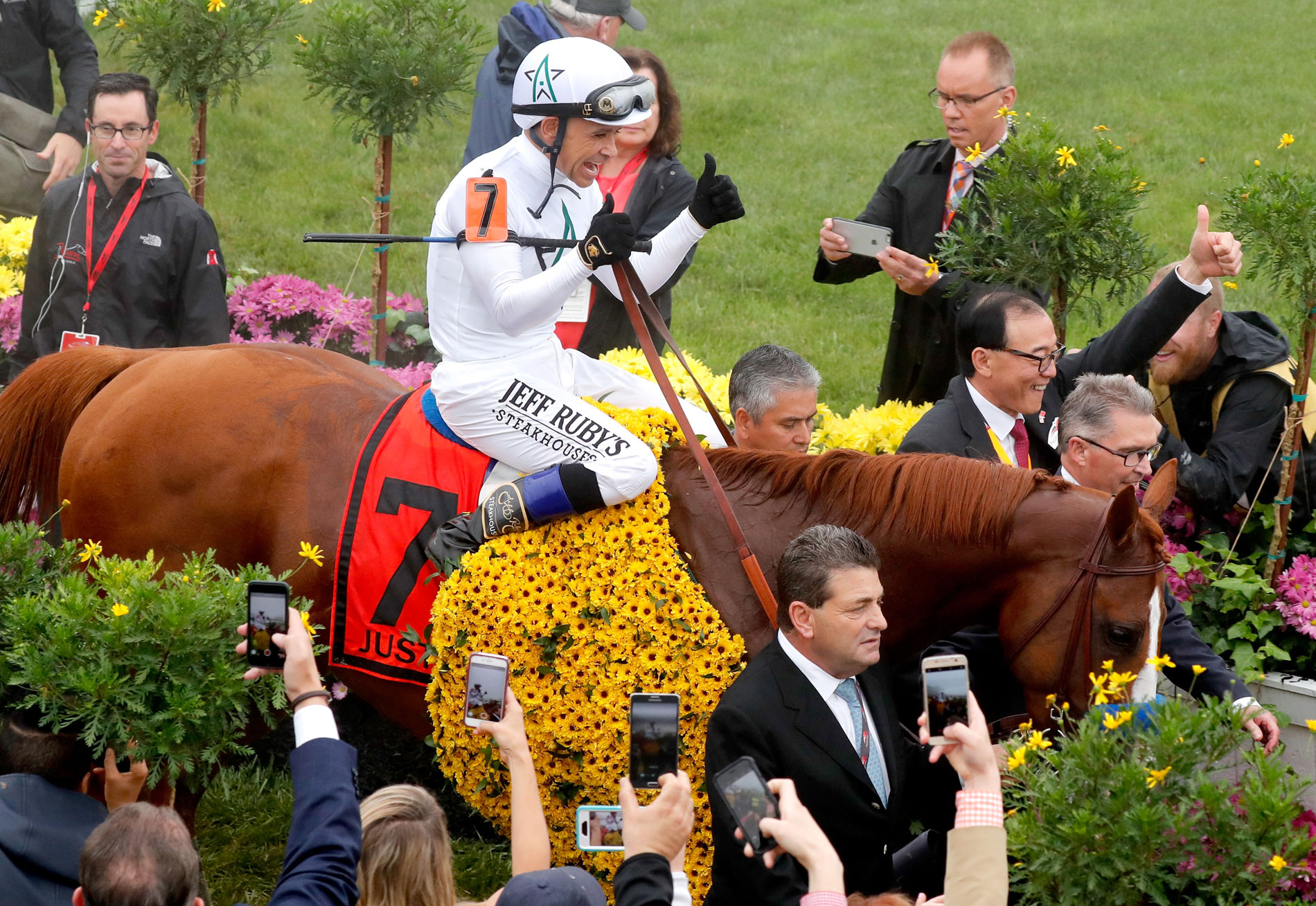 (Photo by Paul Morigi/Getty Images for The Stronach Group)

In a sport dominated by three-year-olds (horses that is) it took a veteran to guide thoroughbred wonder horse Justify to the winner’s circle, becoming the 13th winner of the Triple Crown. Jockey Mike Smith, 52, rode the giant chestnut colt to victory in all three races in the series — The Kentucky Derby, The Preakness and the Belmont Stakes. The colt remains undefeated and never raced as a two-year-old, a feat nearly unheard of for a Triple Crown Winner.

But the same can’t be said for the aging jockey, Smith, who has seen his share of injury, including a broken back, continued his storied career throughout the years.

Fellow Hall of Fame jockey John Velazquez, 46, told the New York Times, “I’ve known him for so long, and for him to do this at this age is incredible. I am really happy for him.”

Smith has endured his share of ups and downs on and off the track, including the loss of more than one equine partner, major defeat at the finish wire and even in his personal life with a divorce. But he credits his midlife stage with his ability to win on Justify, telling the New York Times that as a younger man he wasn’t ready for a big horse like Justify to be entrusted to him.

“It’s all the things you learn from time,” he said. “I wasn’t ready back then.”