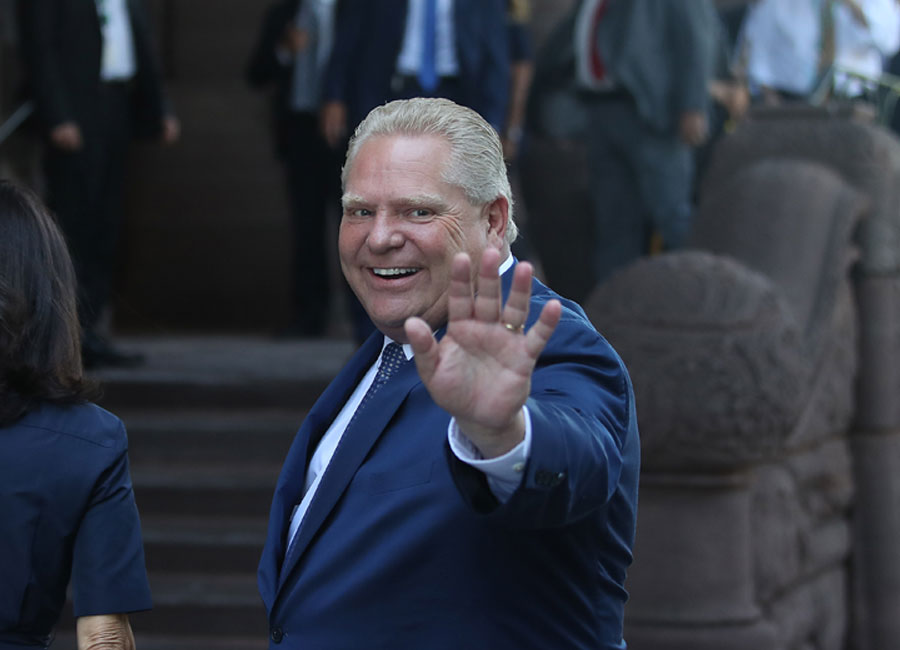 Doug Ford was officially sworn in as Ontario’s 26th premier on Friday.

After Doug Ford was sworn in as Ontario’s 26th premier with a quiet ceremony inside Queen’s Park, he joined a group of more than 1, 000 supporters outside on the front steps to do it all again.

For Ford and the Progressive Conservatives there was plenty of reason to relish in the moment. The transfer of power puts an end to nearly 15 years of Liberal governance over Ontario.

After reaffirming his oath and receiving a standing ovation from supporters and fellow politicians, Ford addressed the crowd, driving home his campaign slogan that promised governence “for the people.”

Leading up to his official takeover, Ford hasn’t been shy about revealing the changes he’ll be making first. He’s already announced that his government’s first act will be to cancel Ontario’s cap and trade program to reduce carbon emission, which will put an end to a program that would have provided Ontario homeowners with rebates for products to improve energy efficiency.

Other campaign promises Ford could move on may include a review of Ontario’s sex-education curriculum and the ousting of Hydro One’s board of directors.

Also revealed today were Ford’s 21 cabinet members, including a surprising choice for education minister in MPP Lisa Thompson. Thompson, who’s also a farmer, will be responsible for carrying out Ford’s new sex-education curriculum. Ford’s cabinet will be made up of 14 men and seven women.

“We have an all-star team that’s ready right now to give the people of Ontario the kind of leadership and direction they deserve,” the new premier, who is also intergovernmental affairs minister, said of his cabinet. “For too long, the people of Ontario have worked more and paid more, but gotten less. Those days are over. Help is here.”