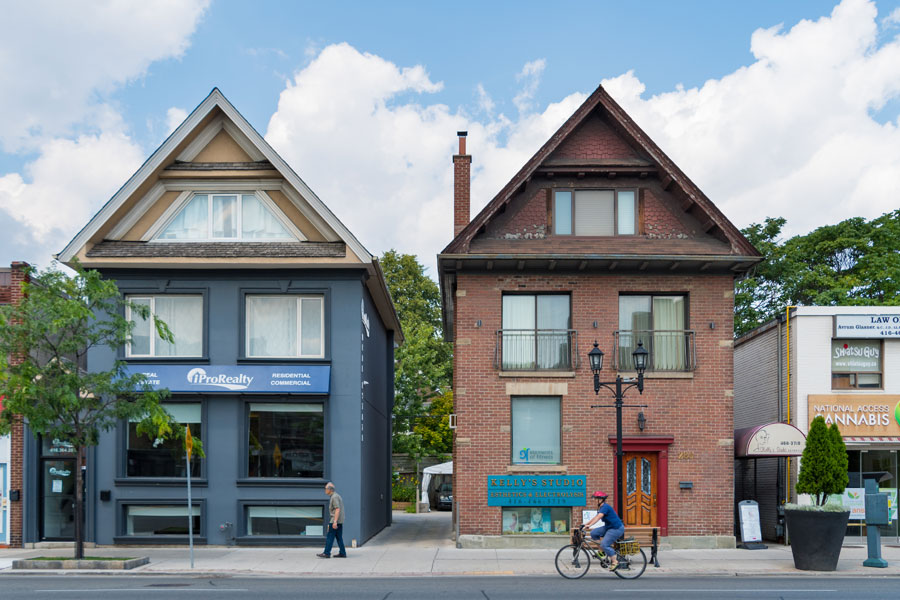 Toronto is a city of neighbourhoods. They are our pride and joy. They are our histories – generation after generation building on top of the previous ones, leaving their footprints on the same sidewalks, their voices hanging in the same air. Like living time capsules, Toronto’s neighbourhoods contain all of our stories. Danforth, as it does for so many others, holds mine.

When my Italian grandparents immigrated to Toronto in the early 1950s they settled in a house near Danforth and Greenwood where they raised my father and aunts (my grandmother and aunt still occupy the house). My father had a summer job working for Jerry’s Supermarket near Monarch Park and Danforth and when he married my mom they moved to a house near Danforth and Pape, where they raised my sisters and me (my parents still live there).

I went to high school at Greenwood and Danforth, I had my first underage drink at a bar at Logan and Danforth, most of my friends live(d) on Danforth, I went on dates, celebrated holidays, played countless games of pool, paid my last respects to my grandfather, enjoyed outings with my nieces and nephews, received holy sacraments, watched concerts, laughed, cried and courted my future wife on Danforth. Heck, I even met the late Robin Williams on Danforth, getting his autograph while he was in town filming his Oscar-winning performance in Good Will Hunting at a bar near Donlands and Danforth.

I’ve also frequented and/or dined at every establishment along the strip of the neighbourhood that is today cleaning up shattered bits of glass or, worse, blood. I saw an image last night of the building I lived in for years, at Danforth and Carlaw, surrounded by police tape.

I am also far from the only person with such a deep attachment to this neighbourhood. In fact, over the last 38 years I’ve watched Danforth transform from prominently Greek and Italian to a neighbourhood that embraces all cultures and backgrounds, from Japanese and Caribbean to Mexican and Ethiopian and Brazilian and beyond. Like any other neighbourhood, this is a community of families and individuals who feel indelibly connected to the area. I am so proud to be one of them and I am so utterly gutted and mournful for the victims of yesterday’s senseless tragedy.

Still, rather than allow an act of violence like this to ripple back through all my memories of this beautiful neighbourhood, going forward I will try even harder to focus on the fact that Danforth is a community that embraces everyone, from poor immigrants starting a new life in a new country to second-generation teenage goofballs who spend their summer job money getting drunk and playing pool with their buddies.

I hope you’ll join me, by either visiting the area for a meal on a patio, to check out some of the fine stores that line the strip or for Taste of the Danforth, the annual celebration of food and fun that attracts thousands of visitors annually (it takes place on Aug. 10-12 this year). Yes, our neighbourhoods embrace us, but at times like this they need us to embrace them right back.