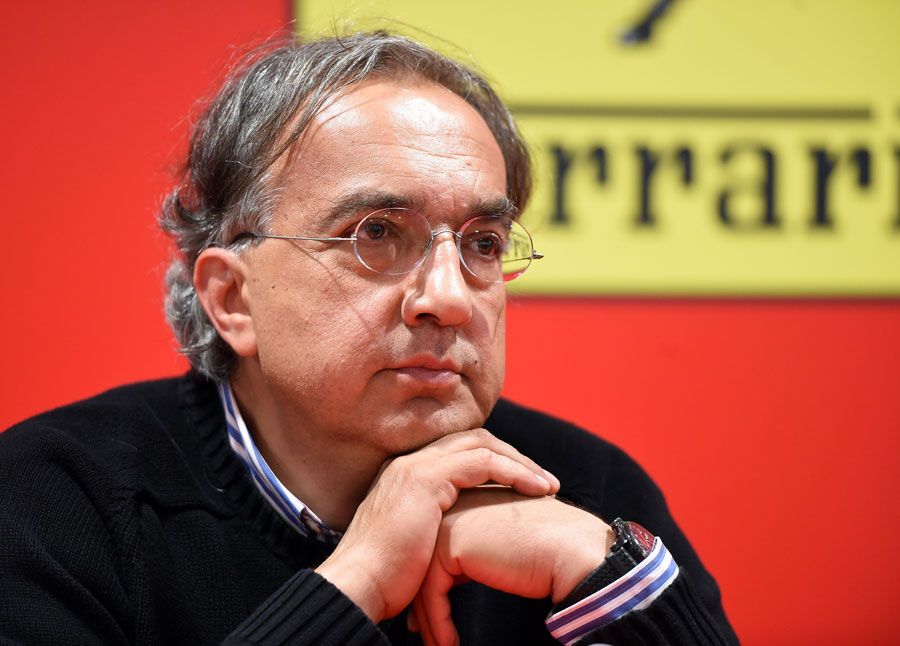 Sergio Marchionne, the Italian-Canadian executive who rescued the fortunes of Fiat Chrysler and Ferrari, has passed away at the age of 66. Photo: Venturelli/Getty Images.

Sergio Marchionne, the Italian-Canadian auto executive who rescued two struggling car companies from bankruptcy, has died in Italy as a result of complications from shoulder surgery. Marchionne was 66.

Born in Italy in 1952, Marchionne moved to Toronto with his family as a teenager, later becoming a Canadian citizen. After stints as a chartered accountant and an executive for a drug company, Marchionne was appointed CEO of Fiat in 2004. While Fiat was the largest automobile manufacturer in Italy, its models had fallen into disfavour with the car-buying public and was deeply in debt.

Wearing his trademark jeans and sweater, Marchionne went to work to radically reshape the company. His efforts to cut jobs, slashed costs, improve production times and rebrand the look of the cars paid off — by March 2009 the company was once again in the black, expanding their market share to 9.1 per cent. Fiat was once again on its feet producing a whole new line of retro-cool cars.

Fresh off this success, Marchionne led the effort to acquire Chrysler, which had fallen into bankruptcy after the global recession. Despite heavy criticism, the new company Fiat-Chrysler exceeded expectations and become an automotive powerhouse.

In 2014, he became chairman of Ferrari, renewing the company’s commitment to Formula 1 racing. Marchionne was lauded by many fellow workers for rejuvenating the iconic Italian car company, including former Ferrari driver Fernando Alonso. In 2017, Marchionne predicted the unthinkable — that his once struggling company would pass Ford Motor Co. in earnings by 2018. “That’s something that if I told any of us in the room here that would’ve been doable five years ago, nobody would have believed it,” he told reporters.

A brusk and colourful figure, Marchionne was definitely not your typical button-down auto exec. Besides eschewing a conservative wardrobe, he fuelled his day by chain smoking and downing multiple espressos. In 2007, when he crashed his Ferrari on a highway in Switzerland, he shrugged it off, saying: “In the car business, sometimes you crash.”

He also enjoyed publicly jousting with Elon Musk, CEO of Tesla. While Musk boasted about Tesla’s advances in electric cars, Marchione was always quick to back his beloved Ferrari: “If there is an electric supercar to be built, then Ferrari will be the first,” he said.