Tiger and Mickelson’s $10-Million Match Confirmed, But Should We Care? 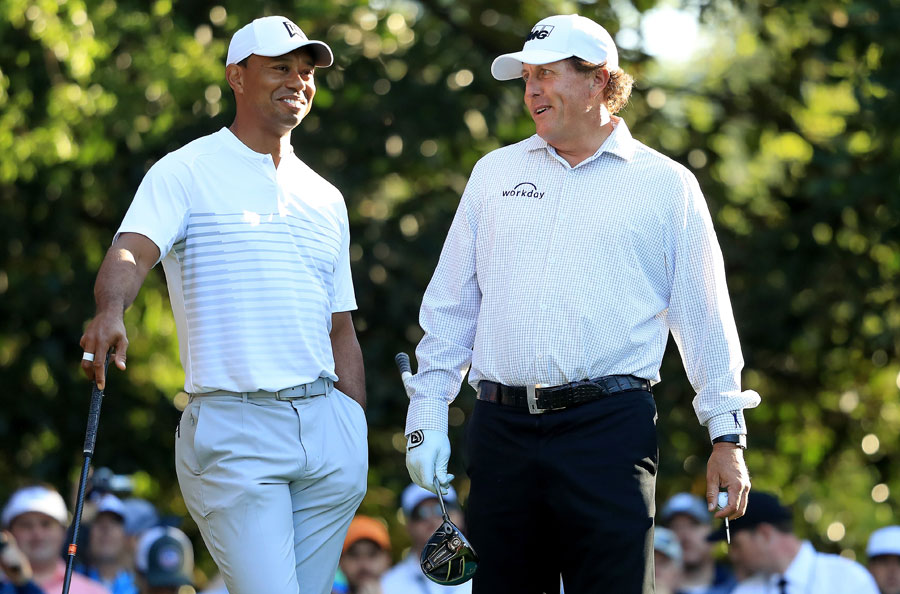 Tiger Woods’ and Phil Mickelson’s $10 million dollar golf match isn’t as intriguing as golf fans would like it to be.

If you’re interested in seeing a couple of millionaires play a friendly game of golf for a wager that neither one of them will miss, you’re in luck.

The head-to-head $10 million winner-take-all, 18-hole match that the two golfers had teased early in July will reportedly take place over the American Thanksgiving long weekend either on Friday, Nov. 23 or Saturday, Nov. 24 at Shadow Creek Golf Course in Las Vegas.

The seeds of the plan were reportedly planted back in April, at the Masters, when Woods and Mickelson played a much-anticipated practice round together.

A month later, at the Players Championship, when they were paired together in a tournament for the first time in four years, they used the hype to tease the event.

“The excitement that’s been going on around here, it gets me thinking: Why don’t we just bypass all the ancillary stuff of a tournament and just go head-to-head and just have kind of a high-stakes, winner-take-all match,” Mickelson said during the tournament. “Now, I don’t know if he wants a piece of me, but I just think it would be something that would be really fun for us to do, and I think there would be a lot of interest in it if we just went straight to the final round.”

With negotiations likely underway by that point, Woods played along with the friendly challenge. “I’m definitely not against that,” he told media at the tournament. “We’ll play for whatever makes him uncomfortable.”

However, it’s unlikely that either of the golf legends will be uncomfortable with the money on the line. Golf.com reported that the TV special will involve various corporate entities, which means both golfers will likely pocket their fair share of cash, regardless of who comes out on top.

Mickelson’s confirmation that he and Woods have agreed to wear microphones during the televised match isn’t as exciting as they think it is either. The bitter rivalry that once existed between the two legends was replaced long ago with an endearing, yet boring friendship. In early 2015, when Woods was stricken with a case of the chip-yips (basically a mental block), Mickelson offered his assistance. And in 2016, Woods served as vice-captain to Mickelson at the Ryder Cup. Fans that tune into the made-for-TV matchup can expect the kind of light hearted jabs you’d typically see between two old friends.

Fortunately for all those involved in the venture, the match has a key ingredient in Tiger Woods, who boosted the Masters rating by 40 percent over last year’s.

In the end, the lack of any real competition or the low stakes won’t likely matter. The market for this event is made up of an audience who are unsatisfied with the current batch of professional golfers.

Casual sports fans and avid golf fans alike will take as much Tiger as they can get, even if it means watching him with the proverbial wool pulled over their eyes.