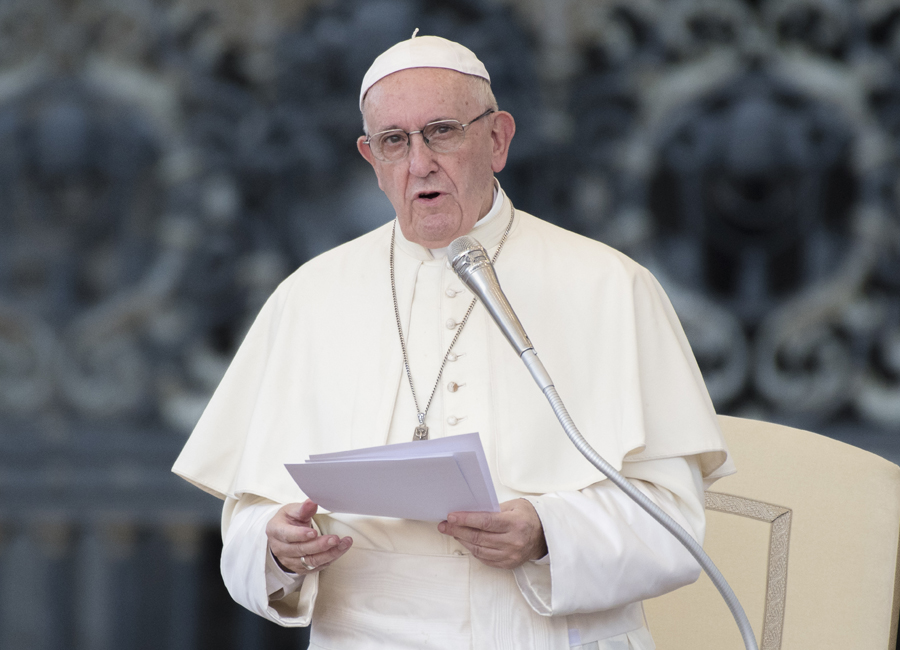 Pope Francis released an historic letter to all Catholics around the world on Monday, acknowledging the, “heart-wrenching pain,” inflicted on victims of sexual abuse by members of the clergy, saying it “cries out to heaven [and] was long ignored, kept quiet or silenced” while calling on all members of the church to become involved “in the ecclesial and social change that we so greatly need.”

The CBC reports that the Vatican noted the Papal letter stands as “the first time a pope had written to all of the world’s some 1.2 billion Catholics about sexual abuse.”

It’s also Pope Francis’ first public recognition of the heartbreaking grand jury report released last Tuesday, which detailed the rape and sexual abuse of children at the hands of 300 Pennsylvania priests, as well as the cover-ups of such acts, in six state dioceses over the course of the past seven decades. The 1,400 page report emerged as the result of an 18-month investigation and includes damning findings, such as the revelation that, “Priests were raping little boys and girls, and the men of God who were responsible for them not only did nothing; they hid it all. For decades.” The report also criticizes the treatment of sexual abuse claims by current Washington archbishop Cardinal Donald Wuerl.

Pope Francis, in his letter, specifically acknowledged the report and called such abuses, “Crimes that inflict deep wounds of pain and powerlessness, primarily among the victims, but also in their family members and in the larger community of believers and nonbelievers alike.” The pope went on to declare that, “no effort must be spared to create a culture able to prevent such situations from happening, but also to prevent the possibility of their being covered up and perpetuated.” The full text of Pope Francis’ letter is available here.

The letter comes during a time of heightened scrutiny around sexual abuses in the church, with high profile cases coming to light earlier this year in Chile, where Pope Francis eventually apologized for his “serious mistakes in the assessment and my perception of the situation, especially due to a lack of truthful and balanced information,” as well as in Australia, with an archbishop being convicted of covering up sexual abuse of children in the church. The abuse scandals even extend into the Vatican, with Cardinal George Pell, the Vatican’s Treasurer, facing multiple abuse charges in Australia, where he once served as an archbishop. Pall is now, as CNN notes, “the most senior figure in the Catholic Church to face criminal charges for alleged assault.”

One survivor of child sex abuse in Chile, Juan Carlos Cruz, spoke with CNN following the letter written by Pope Francis — with whom he spent time discussing abuse — and noted that, “There’s new language. They talk about crimes. They talk about a culture of death. They talk about a culture of abuse and cover-up. Before, they were omissions, sins, which is terrible.” He added though, that the church, “[has] to lobby to help survivors, not to fight them,” referring to church efforts to stifle proposed statute of limitations amendments that would allow abusive priests to face trial and jail time if convicted.

Meanwhile, Anne Barrett Doyle, who works for a website that tracks church abuse cases, spoke with the U.K. based Guardian publication and said that, “This is recycled rhetoric. Mere words at this point deepen the insult and the pain.” She added, in the interview, that she’d rather see more “concrete measures” taken to prevent such abuse from occurring again.

Pope Francis is also likely to face similar calls for transparency and reform when, later this week, he travels to Ireland — a nation that has its own history with sexual abuse in the church. The pontiff is expected to be greeted with protests both related to sex abuse in the church as well as illegal church adoptions. Pope Francis, however, isn’t shying away from the subject, as he plans to meet with victims of church sexual abuse in Ireland. Cardinal Donald Wuerl, the Washington archbishop named in the Pennsylvania grand jury report, however, has pulled out of a planned appearance in Ireland during the pope’s visit.