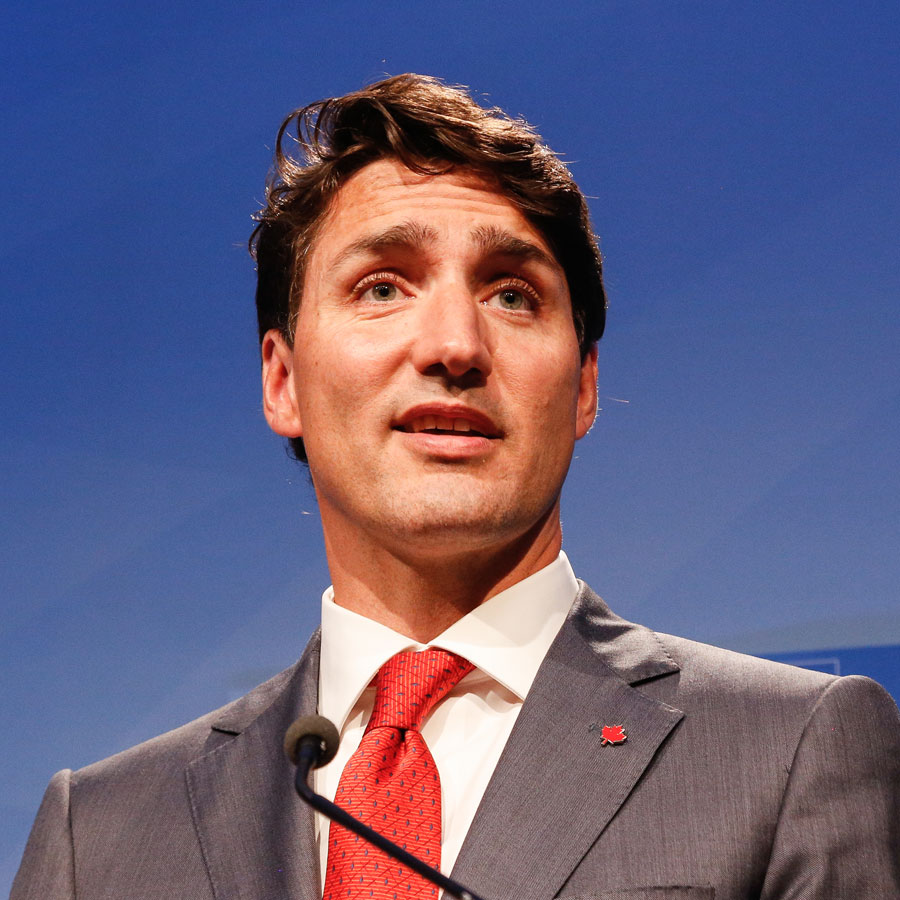 Just days before Justin Trudeau announced he will run again for Prime Minister, he held a political event that got heated.

At a corn roast in Sabrevois, Que., Trudeau’s speech was interrupted countless times by an older woman, who kept barking about illegal immigration and border crossings.

Over and over, the incensed woman repeats: “We demand that you refund the $146 million to the Quebecois that was given to illegal immigrants.”

Trudeau struggled, politely, to continue his speech over the heckler’s increasingly loud comments. Finally, he couldn’t take anymore: “This intolerance towards immigration has no room in Canada,” he shouted and to a cheering crowd.

After the speech, Trudeau entered the crowd to shake hands and appeared to make a beeline for the heckler. A brief exchange (in French) followed.

Heckler: “Mr. Trudeau, are you tolerant toward the Quebecois?”

Trudeau: “I am a proud Quebecois.”

The whole event then descended into chaos with an RCMP officer trying to ask for I.D., trying to usher her away before thinking better of it.

Trudeau has had several run-ins with hecklers and hasn’t always handled it well.

So how do you deal with someone who’s interrupting your speech? Here are five possible ways.

Federal NDP leader Jagmeet Singh won praise for how he dealt with a highly-charged heckler at a Town Hall in Brampton, Ont. Upon realizing that the woman would not listen to his counterarguments, he decided to take the high road: “We don’t want to be intimidated by hate. We welcome you. We love you,” he told her, drawing a huge response from the crowd.

Donald Trump uses this method to deal with his many hecklers. At this campaign event in 2016, he belittles a younger demonstrator by mocking him for his youth: “He’s still wearing diapers.” He then resorts to his familiar: “Get him out of here.”

President Barack Obama always kept his temper when his speeches were interrupted by someone shouting to make a point. Instead of confronting or deriding the heckler, he defuses the situation by just being so cool.

When Bill Clinton was campaigning, he seldom let any heckler dominate an event. Instead, he would completely take over the argument and turn the room in his favour. In this 1992 confrontation with an AIDS activist, Clinton brings the house down by shouting: “Would you just calm down … I’ve treated you with a hell of a lot more respect than you’ve treated me.”

5. When all else fails, choke them

In 1996, Prime Minister Jean Chretien’s Flag Day speech was cut short by unruly protestors, ringing bells and blowing horns. As he made his way through the crowd, the fiery PM grabbed a protestor by the neck and put his hand over his mouth. Applying a chokehold like Chretien’s, which was immediately dubbed the “Shawiningan Handshake”, is no doubt the method many politicians wish they could employ when dealing with hecklers.