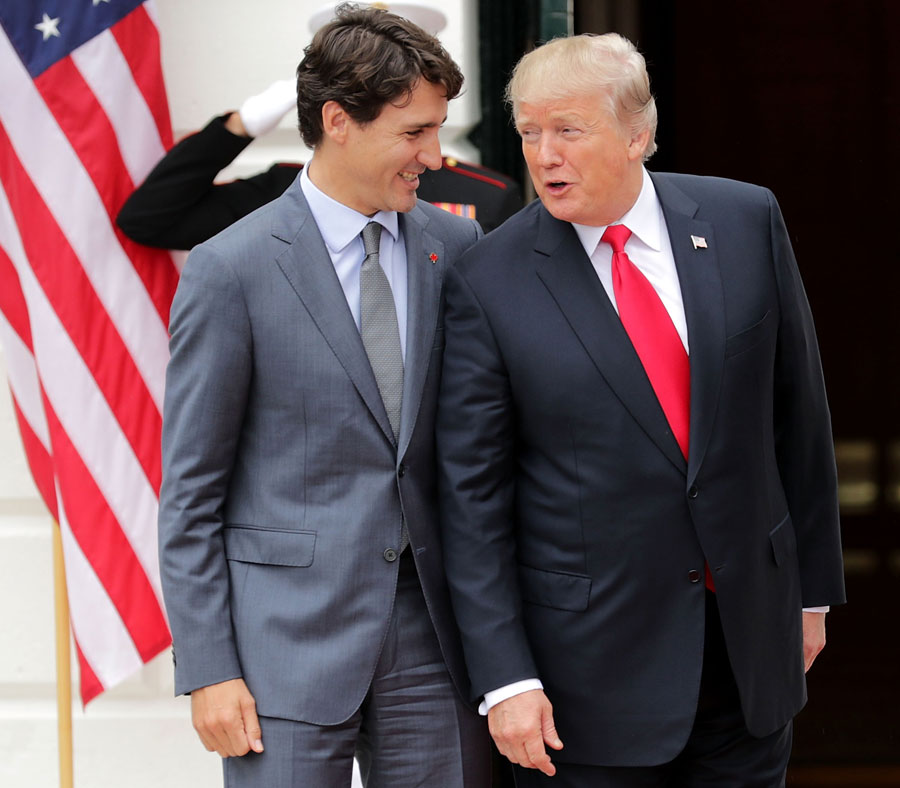 According to reports, Canada and the United States will not reach a trade deal by U.S. President Donald Trump’s proposed deadline of Friday.

After disparaging off-the-record statements Trump made to Bloomberg in an Oval Office interview were leaked to the Toronto Star‘s Washington Correspondent Daniel Dale (who did not have an off-the-record agreement with Trump), the talks were rife with speculation with Trump later confirming that he made the remarks so that “at least Canada knows how I feel.”

Trump’s controversial private assertion that he could just throw tariffs on the GM Chevy Impala were revealed just as Prime Minister Justin Trudeau happened to be at its Oshawa, Ont. plant.

In a recent interview with Zoomer magazine’s Editor-in-Chief Suzanne Boyd and Senior Editor Peter Muggeridge, Trudeau said, “the uncertainty has been bad for consumers and bad for Americans.” He continued, “The number of folks I’ve seen throughout the summer visiting Canada who have been sort of apologetic or saying ‘Hang in there. We’re your friends. We want to see this settled” has been really touching. We are two countries with the closest and deepest relationship of any two countries in the world. I am not worried about it but I am impatient as a lot of people are to move on to the next steps of our relationship and get NAFTA negotiated.”

While talks will resume on Wednesday, in a press conference on Friday afternoon, Minister of Foreign Affairs Chrystia  Freeland said that she believed her counterparts were negotiating in good faith but was adamant that there will be a deal when it’s a good deal for Canada.

According to the New York Times earlier this week, Freeland told reporters that,“Mexico has made some significant concessions, which will be really good for Canadian workers. On that basis, we are optimistic about having some really good productive conversations this week.”

Trudeau had appeared optimistic earlier this week, telling a media scrum in Ottawa, “There is a possibility of getting to a good deal for Canada by Friday.”