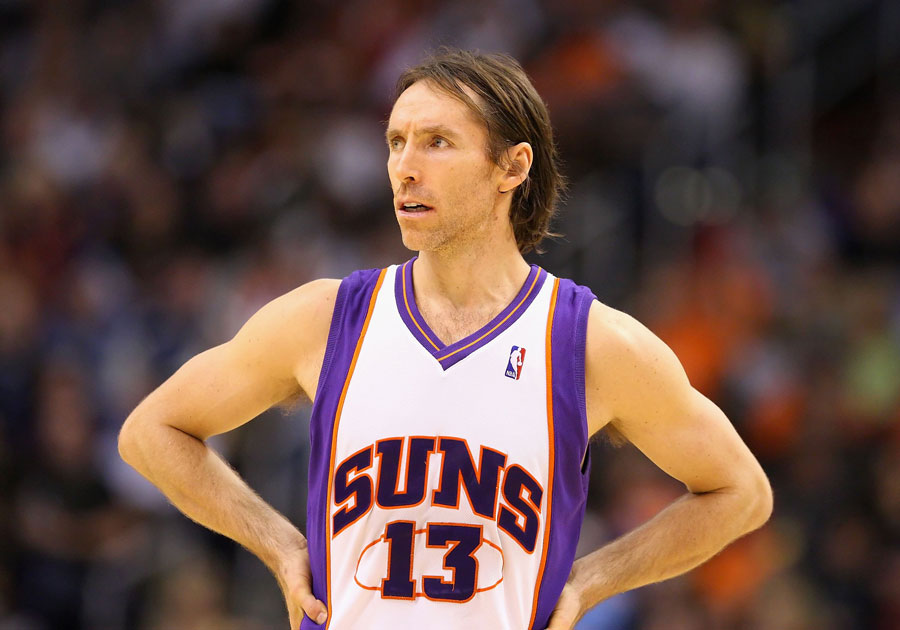 Steve Nash – aka Kid Canada – one of the best point guards in NBA history is among the 13-member class that will be inducted into the Naismith Basketball Hall of Fame on Friday.

The Victoria, B.C. native’s rise to success, however, was marketably different from most NBA stars today.

“I’m a kid who had one scholarship offer and had to fight and scrap [to] prove myself,” he told TSN.

The scholarship was from Santa Clara University, a program not well known for producing basketball players. He would have to wait until he graduated in 1996 to get his first shot at the NBA. He was drafted 15th overall by the Phoenix Suns, a team that was over-saturated at the point guard position with big names like Sam Cassell, Kevin Johnson and Jason Kidd. It wasn’t until 1998, when Nash was traded to the Dallas Mavericks, that he started to show promise as a premier NBA point guard.

His best years, however, came late by NBA standards. When he was 30 years old, the Dallas Mavericks — likely fearing Nash was too old — decided not to match a free-agent offer from the Phoenix Suns.

His return to the Suns  saw him reach superstar status. During his 8-year tenure on the team, he led the league in assists per game five times and won back-to-back league MVPs in 2005 and 2006.

“I don’t think anyone would have predicted this five, six, seven years into the league,” Nash told TSN ahead of the ceremony. “I’m just thankful for all the great coaches, family, teammates [and] organizations I got an opportunity to play for that had a big influence on my career.”

The 44-year-old has also earned eight Allstar appearances and made the All-NBA first team three times.

His nickname, Kid Canada, was well earned on the home front as well. He was the face of Canadian basketball for almost two decades, leading the national team to the quarterfinals of the 2000 Sydney Olympics.

To say he was a great shooter is an understatement. Nash is one of only two players in NBA history to make multiple appearances in the “50-40-90 club,” reserved for those who complete a season with a 50 per cent shooting average from the field, 40 per cent from three point and 90 per cent from the free throw line. By the time he retired, Nash had achieved the feat four times, besting Larry Bird’s two.

Aside from impressive stats and accolades, Nash was known for the innovative tactic of drawing defenders as he dribbled along the baseline underneath the basket, where he’d find open shooters or cutters with seemingly impossible yet precise passes—and if nothing was there, he had a knack for keeping his dribble alive.

While Nash didn’t invent the move, his frequent use of it certainly inspired today’s point guards.

For instance, Toronto Raptor’s point guard Fred VanVleet says he’s taken a page out of the hall of famer’s book.

“I think Nash made it cool,” VanVleet said of the move in an interview with CBC. “I don’t know if he was the first person to do it, but he’s the first person I remember seeing do it. He was always looking for the best play and the right play and keeping the defence honest. I have studied a lot of his film to see where he picked his spots.”

As for the origin of the innovative tactic, true to his nickname, Nash credits a quintessential Canadian source.

“I think it’s maybe a little bit from Wayne Gretzky, going behind the net as a kid growing up in Canada,” Nash told TSN. “I always felt like if I had an advantage, why not keep it until you had a play.”

The Basketball Hall of Fame Ceremony will begin at 7:00 on Friday.