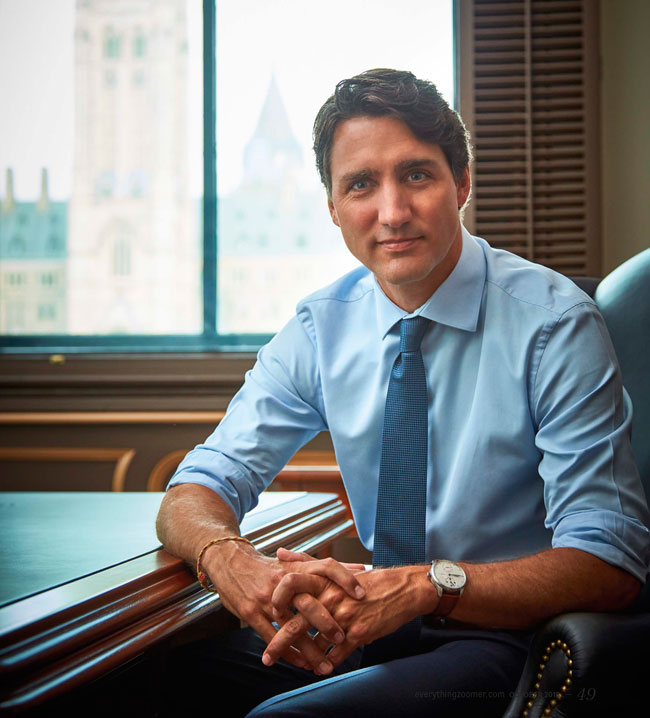 The PM’s office scheduled the interview primarily to introduce the government’s newly  appointed Minister of Seniors, Filomena Tassi. During the interview, Boyd and Muggeridge grilled Trudeau and Tassi on the Liberals’ record on seniors’ issues and also tried to get them to provide a glimpse of what their seniors’ platform for next year’s election might look like.

Fresh off a vacation, Trudeau was in a relaxed and expansive mood despite being knee-deep in troublesome renegotiations of NAFTA. Not only did he reveal that a national pharmacare program was on the table but he also took time to talk about life away from office, discussing how his mother inspires him, how having an older father influenced his views on aging as well as how long he plans to remain in the political sphere.

The full interview runs in the October issue of Zoomer magazine, on newsstands Sept. 10. Below is a sneak peek.