Arrest Made in Pipe-Bomb Terror Campaign 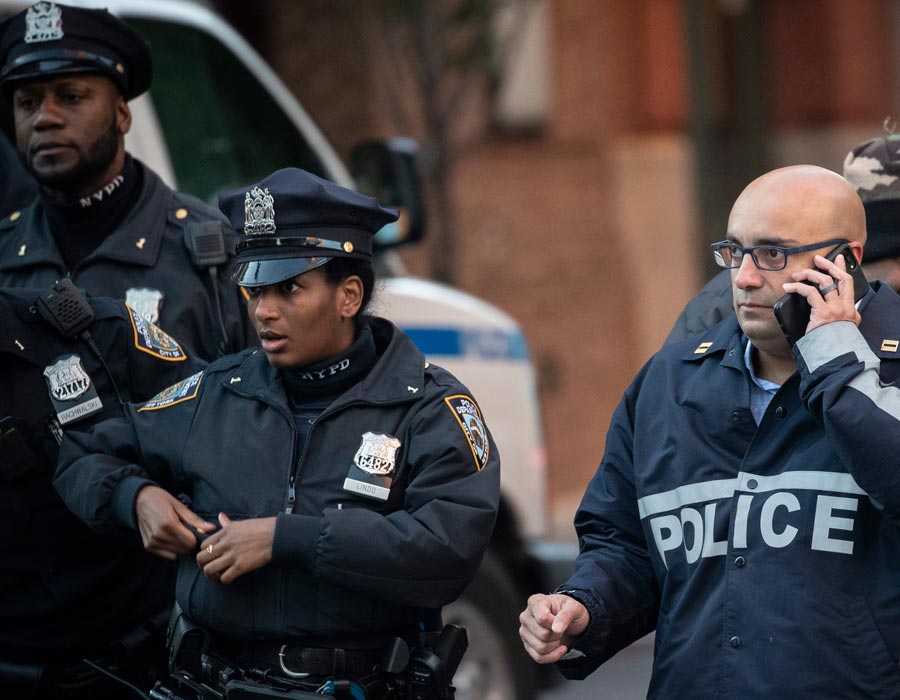 Update: This morning, CNN is reporting that the U.S. federal authorities have made an arrest in Plantation, FL, in connection with the pipe-bomb mail terror campaign. US officials named the suspect as Cesar Sayoc, 56, from Aventura.

Sayoc has been charged with five federal crimes.

Authorities were seen removing what is believed to be Sayoc’s van which was covered with pro-Trump and anti-Democratic stickers. He is being described as a Trump fanatic, who used his now removed Facebook page to post photographs of himself at MAGA rallies as well as promoting conspiracy theories regarding the Democrats. And Variety is reporting that he used his Twitter page to threaten celebrities, including Jim Carrey and Ron Howard.

President Donald Trump congratulated authorities but didn’t miss the opportunity to try to spin the news in the Republican’s favour.

The U.S. is in a state of high alert as a growing number of explosive devices have been mailed to well-known politicians, CNN, celebrities and financiers. All of those targeted have been outspoken critics of U.S. President Donald Trump, and have likewise been targeted by the Commander in Chief, who has demonstrated a palpable dislike of the media with a particular fixation on CNN.

Billionaire philanthropist and Democratic Party donor George Soros received a pipe bomb at his home. The device sent to CNN in New York was addressed to Obama’s former CIA director John Brennan. A fifth device did not reach it’s target, that of former Obama’s attorney general Eric Holder Jr., was sent to its return address in Florida, to Democratic Congresswoman Debbie Wasserman. Another suspicious device was also sent to California Congresswoman Maxine Waters at her Washington office. Thus far there is no confirmation of who is behind the attempted bombings.

As the nationwide manhunt was underwayThursday morning, police discovered two more similar packages, one addressed to actor Robert De Niro was received at a building in the Tribeca neighbourhood in New York and another was sent to former Democratic vice president Joe Biden.

During a press conference concerning an opioid bill, President Trump addressed the pipe bomb scare campaign: “I just want to tell you that in these times, we have to unify. We have to come together and send one very clear, strong, unmistakable message that threats or acts of political violence have no place in the United States of America.” This is in contrast to his heated rhetoric on the campaign trail for the midterm elections, where he has called the press the “enemy of the people,” accused Soros of backing the caravan of migrants heading towards the U.S. border and continued his frequent attacks on Clinton, Waters and Holder.

On Thursday, however, Trump struck a different note, blaming the blitz of pipe bombs on the media’s false reporting for the “anger we see today.”

The pipe bombs – four which were sent by mail in similar yellow envelopes (and all believed to be sent by the same person) – are crude devices with a mocked-up version of the ISIS flag taped onto to them. The parody version of the flag is captioned “Get Er Done” which was created by fake news site World News Bureau in 2014. The public was first made aware of the pipe bomb terror campaign on Wednesday, when the U.S. Secret Service issued a statement saying they had “intercepted two suspicious packages” sent in the mail to former U.S. President Barak Obama and former Secretary of State Hillary Clinton. No injuries have been reported.

CNN originally reported that a “rudimentary but functional” pipe bomb addressed to the White House was also intercepted, but has since taken down the story.

White House press secretary Sarah Sanders condemned the actions, saying in a statement that “The United States Secret Service and other law enforcement agencies are investigating and will take all appropriate actions to protect anyone threatened by these cowards.”

“The packages were immediately identified during routine mail screening procedures as potential explosive devices,” the statement continued. “The protectees did not receive the packages nor were they at risk of receiving them.”

CNN were forced to evacuate their New York City offices after discovering a suspicious package.

The motive behind these bombing attempts is unknown at the time as police and FBI continue to investigate.