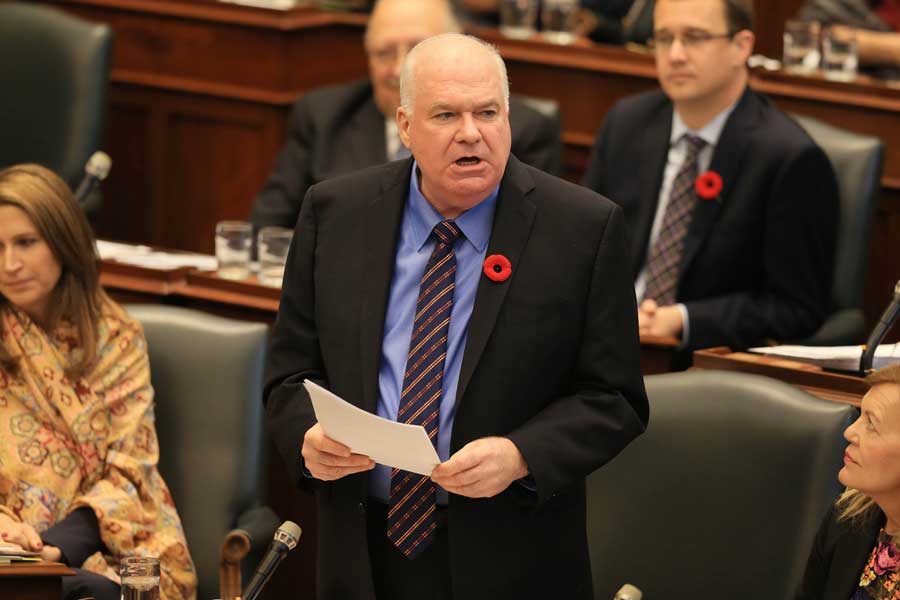 According to Global News, who spoke to “multiple sources,” Jim Wilson is among two senior members of Doug Ford’s inner circle who were forced to resign Friday due to allegations of sexually inappropriate behaviour.

Jim Wilson, 55, resigned from both his position as Minister of Economic Development and Trade and as PC caucus, after he was confronted with the allegations.

The allegations, involving sexual misconduct, were reportedly made by a male Queen’s Park staffer. The Premier’s office became aware of the claim late Friday afternoon.

A statement made by Premier Ford’s communication team announcing Wilson’s resignation on Friday sited “addiction issues” as the reasoning behind the decision and made no mention of the allegation.

Wilson has been a member of provincial parliament for nearly 20 years and has served in the cabinets of former premiers Mike Harris and Ernie Eves. He was also selected by the PC Party to serve as interim leader following the resignation of former leader Tim Hudak.

According to Global News, Andrew Kimber, Ford’s Executive Director of Issues Management and Legislative Affairs, resigned on Friday after he was approached about multiple sexually inappropriate text messages he had allegedly sent to a female staffer at Queen’s Park.

Unlike Wilson, no statement was issued about Kimber’s resignation.

“Think before you hit send” is a lesson a number of Canadian politicians have learned the hard way recently. Long-standing Conservative MP Tony Clement has also been forced to resign from multiple positions after he shared sexually explicit photos and videos with another user who has now threatened him with extortion. Click here for the full story.