Is Trump’s Firing of Attorney General Sessions a Bid to Stifle Mueller Probe? 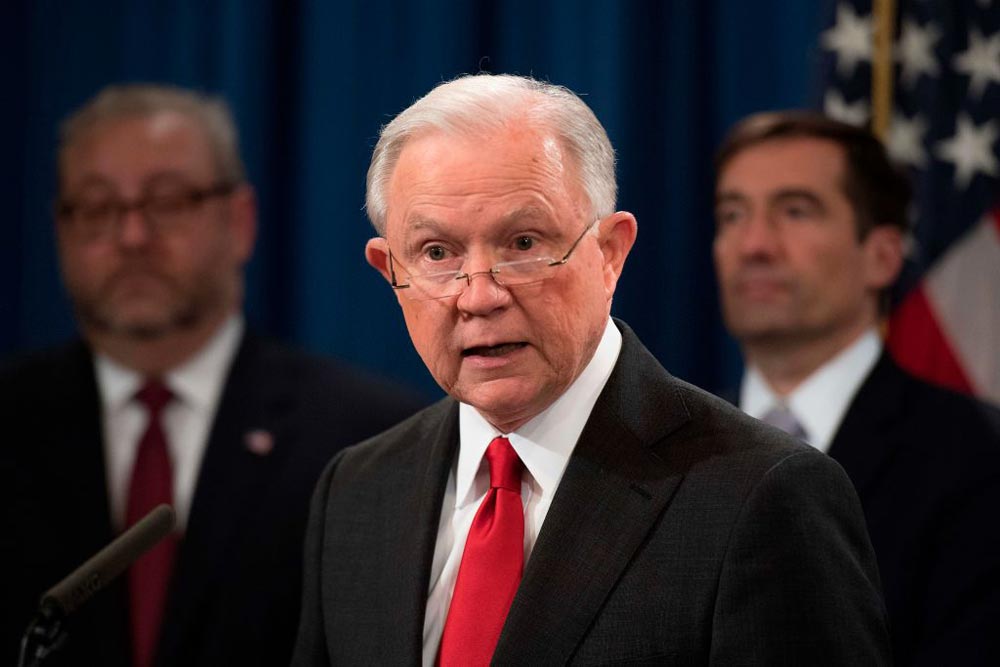 Attorney General Jeff Sessions announces the creation of a new initiative to crack down on Chinese intelligence officials pilfering intellectual property from US corporations through hacking and espionage during a press conference at the Justice Department in Washington, DC, on November 1, 2018. Photo: JIM WATSON/AFP/Getty Images

In the wake of last night’s mid-term elections in the U.S., Donald Trump has fired attorney general Jeff Sessions.

Although Sessions has officially resigned, it’s no secret that Trump has long wanted to get rid of his former vocal ally and supporter. In his resignation letter, he claims he was making the move “at [Trump’s] request.” In his place, Trump has appointed Matthew Whitaker, who worked under Sessions in the Department of Justice.

Trump has always blamed Sessions for paving the way for the appointment of special counsel Robert Mueller, who was charged with investigating whether Trump and his associates were tied to Russian meddling in the election.

Observers are suggesting the President fired Sessions in an effort to limit the Mueller investigation.

Senate Minority leader Chuck Schumer said that any limitation of Mueller’s work would, “create a constitutional crisis.” And he added that he hoped President Trump and those he listens to will refrain from that.”

Reaction to Trump’s move provoked the expected firestorm on Twitter from both sides.