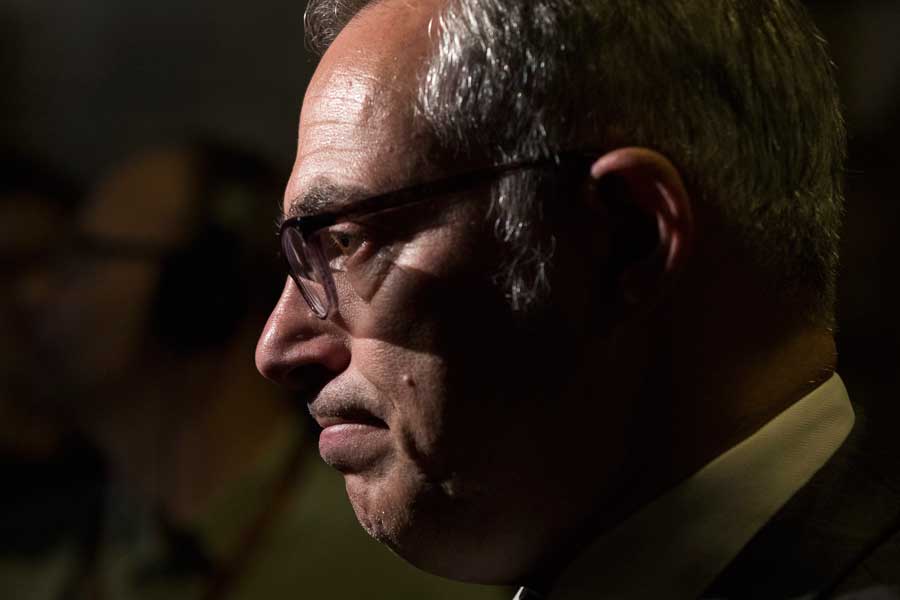 Disgraced former Conservative MP, Tony Clement has now confirmed that the “inappropriate exchanges” that led to his alleged extortion are part of a pattern of behaviour that have led to issues in the past.

In a letter posted online to his Parry Sound-Muskoka constituents, Clement—who resigned from multiple committees and was removed from the conservative caucus on Wednesday—admitted he had previously engaged in multiple “inappropriate exchanges” and that someone had attempted to bribe a participant in one such exchange to disclose details of it last year. He also says the individuals he accused of extorting him earlier this week are “foreign actors.”

“During a period of personal difficulty and weakness I engaged in inappropriate exchanges that crossed lines that should never have been crossed,” he wrote.

“These exchanges led to acts of infidelity. One inappropriate exchange led to a woman being offered money by an anonymous social media account in exchange for the disclosure of intimate and personal information. I immediately reported this personal matter to the OPP last summer.”

In reference to the recent extortion attempt that lead to his resignation on Tuesday he describes the culprits as “foreign actors attempting to use my indiscretion for financial extortion.”

Clement, who’s married with three children, does not provide any evidence to support his claim that the individuals allegedly trying to extort him are foreign.

One of the many committees the former Conservative cabinet minister was involved in was the national security committee, where he handled sensitive information regarding the Canadian Security Intelligence Service. Andrew Scheer has confirmed that the agencies that screened him ahead of his membership on the committee were not aware of the past incidents.

The RCMP have confirmed that an investigation into the matter is underway but have yet to release any details.