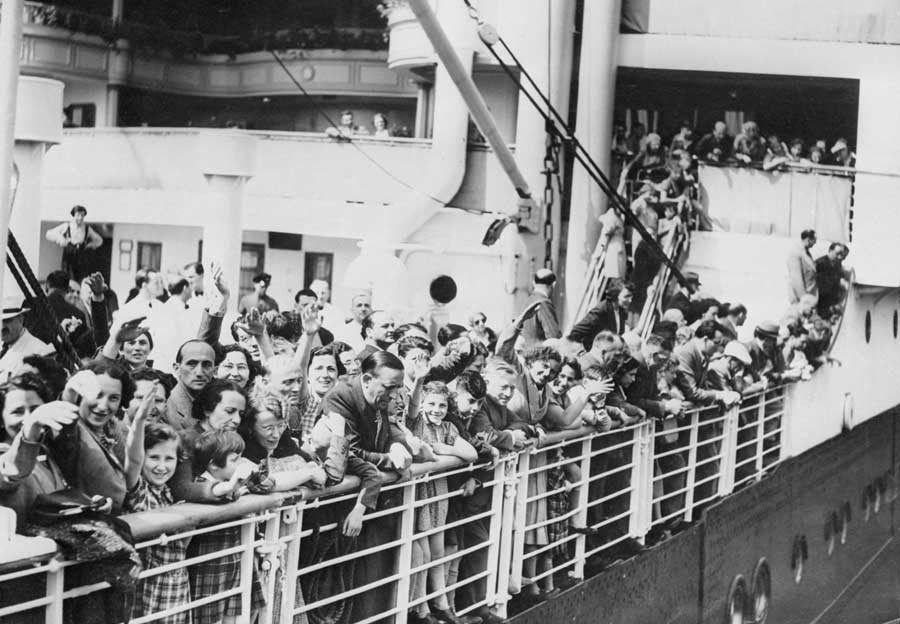 A crowd of German-Jewish refugees aboard the MS St. Louis ocean liner wave as they arrive in Antwerp, Belgium, after wandering the Atlantic for thousands of miles. (Photo: Bettmann/Getty Images

Prime Minister Justin Trudeau made a “long overdue” apology yesterday on behalf of all Canadians for an appalling act of anti-Semitism that took place in 1939.

Standing up in the House of Commons, Trudeau was referring to an incident in 1939, when a shipload of Jewish refugees fleeing the persecution of Nazi Germany was on its way to Canada. The ship, however, was turned away as it neared Halifax, forcing it back to Europe. Many of the 900 aboard the MS St. Louis who were turned away later died in the Holocaust. “[Hitler] watched … as we refused their visas, ignored their letters and denied them entry,” the Prime Minister said.. “We apologize to the 907 German Jews aboard the MS St. Louis, as well as their families.”

“We also apologize to others who paid the price of our inaction – whom we doomed to the ultimate horror of the death camps.” Families of those who died in the Holocaust as a result of not gaining entry into Canada were on hand to hear the apology.

“Finally, somebody came to their senses and realized this is going on all the time,” said Jan Blumenstein, whose grandmother Regina Blumenstein was aboard the St. Louis and ended up dying in the Holocaust.

The apology is timely in many ways, not only with Remembrance Day around the corner but also at a time when anti-Semitism is on the rise, a tragedy played out in the recent Pittsburgh synagogue shootings.

Noting that 17 per cent of all hate crimes target Jewish people, the Prime minister promised that his government would do more to protect synagogues and other religious places of worship.

And while this ugly incident occurred in our past, resentment against refugees is a sentiment that remains very real today.