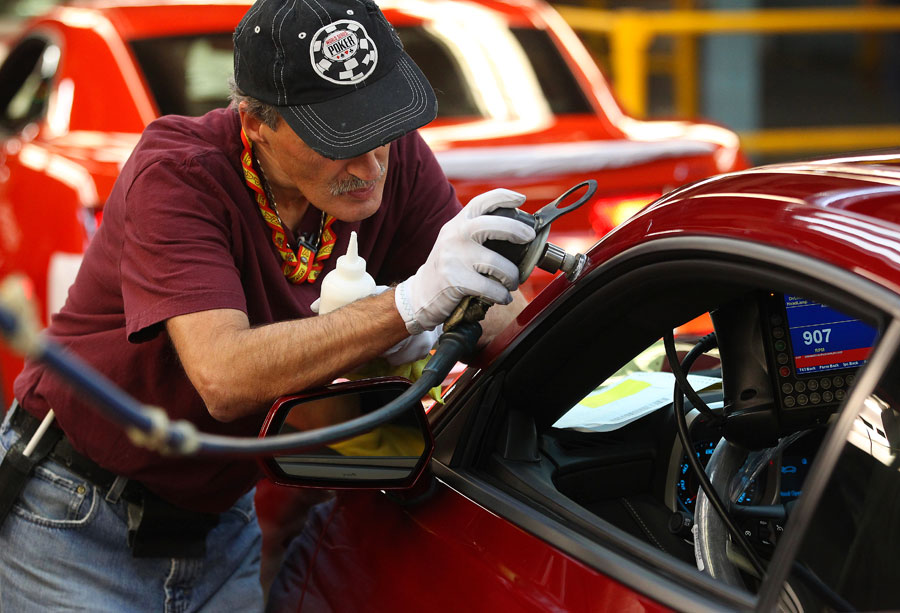 UPDATE: Jerry Dias, president of Unifor — the union that represents workers at the Oshawa plant —will fly out to meet with Prime Minister Justin Trudeau on Tuesday to discuss the possibility of fighting the closure.

General Motors has confirmed plans to shut down its assembly plant in Oshawa, Ont. at the end of the upcoming year despite alleged contract negotiations between the union and auto maker scheduled for 2020.

The major restructuring — which also includes the closures of three plants in Detroit and one in Ohio — will also involve a move toward lower carbon emissions and future production of electric and autonomous vehicles. According to CNN, GM also plans to reduce its salaried workforce by 15 per cent, including a quarter of the company’s executives.

In a statement released Monday, GM confirmed that the Oshawa facility would no longer have any vehicles allocated to it by the end of 2019.

“The actions we are taking today continue our transformation to be highly agile, resilient and profitable, while giving us the flexibility to invest in the future,” GM Chairman and CEO Mary Barra said in a statement. “We recognize the need to stay in front of changing market conditions and customer preferences to position our company for long-term success.”

Unifor, the union representing autoworkers in Oshawa, released a statement late Sunday claiming that GM had scheduled contract negotiations for 2020.

“Based on commitments made during 2016 contract negotiations, Unifor does not accept this announcement and is immediately calling on GM to live up to the spirit of that agreement,” the statement read.

Workers inside the Oshawa plant walked off the job shortly before 9 a.m. (EST) upon instruction from their union.

However, both federal and provincial governments have indicated that there’s little they can do now to keep the plant open and have already shifted their focus to helping the soon-to-be unemployed workers.

Prime Minister Justin Trudeau said in a tweet today that the federal government would do what it could to help laid-off GM workers “get back on their feet,” while Premier Doug Ford suggested that Ottawa concentrate on extending Employment Insurance (EI) support to laid-off workers and commit to funding new training to help deploy workers to new positions.

“I talked to the president of GM last night. The first thing I said is, ‘What can we do? What do we have to do?'” Premier Ford told reporters this morning. “And he said, ‘The ship has already left the dock.'”

In a speech to workers at Unifor local 222 in Oshawa Monday afternoon, Jerry Dias, president of Unifor, promised members in attendance that the plant wouldn’t be closed without “one hell of a fight.”

“We’re sick and tired of GM shipping all our jobs to Mexico. Look at what they’ve done to the manufacturing footprint in this country,” Dias added during the speech.

Dias, who will meet with Trudeau on Tuesday to discuss solutions, said he’s fought to keep the plant open in the past and refuses to accept the closure this time around as well.

“Unifor does not accept the closure of the plant as a foregone conclusion,” Dias said in a statement. “Oshawa has been in this situation before with no product on the horizon and we were able to successfully make the case for continued operations. We will vigorously fight again to maintain these good-paying auto jobs.”

The GM plant first began production in 1953 and peaked in the 1980s, when the automaker employed more than 23,000 people in the city.