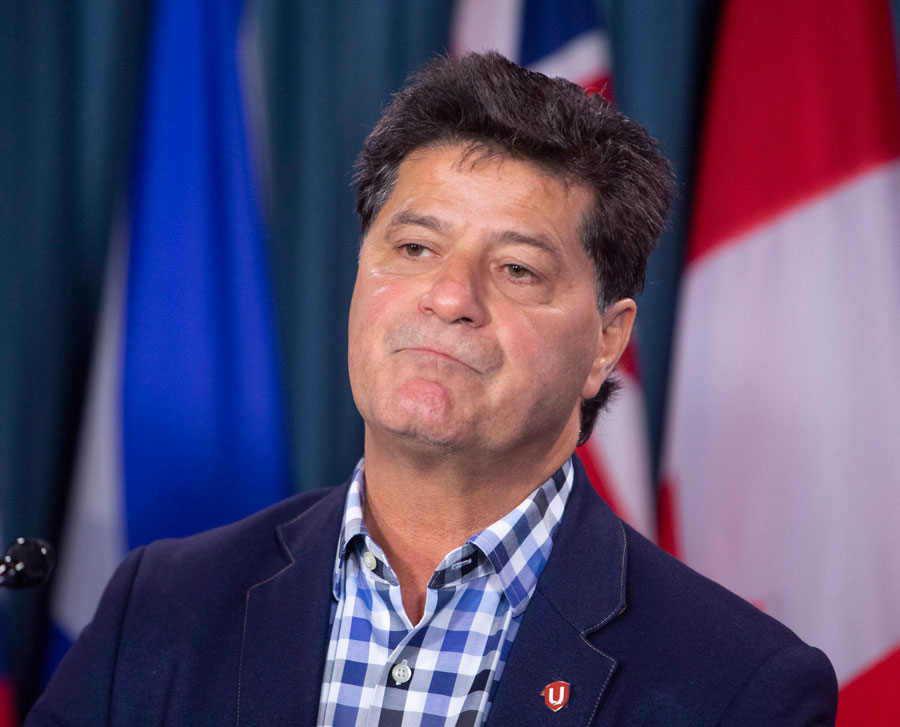 Jerry Dias, the president of the union representing Oshawa autoworkers met with Prime Minister Justin Trudeau on Tuesday to discuss a potential strategy to stave off the closure of the General Motors plant, which was announced early Monday.

The meeting comes after both federal and provincial governments indicated they would focus on helping the soon-to-be unemployed workers rather than preventing the closure.

However, at a press conference following his meeting with the Prime Minister, Dias seemed to indicate that Trudeau was on board with a plan to keep the plant open.

“The prime minister doesn’t view it as a fait accompli,” he said. “He’s going to role up his sleeves and fight with us.”

The union president said he fears General Motors could be on the “cusp of complete disinvestment” in Canada, which he says would devastate the Canadian parts industry and cause trouble for other auto companies. If the Oshawa plant is closed, only one GM assembly plant will remain in Canada.

Dias also called for an aggressive strategy to be taken against GM’s increased investment in Mexico, where the company now builds nearly 1 million vehicles a year. With GM planning to close plants in Ohio, Michigan and Maryland as well, he suggests that both Trudeau and President Trump place tariffs on all GM-made vehicles from Mexico.

The labour leader worked with the federal Liberal government most recently on the renegotiated NAFTA with the U.S. and Mexico.

He also said that despite what GM has said, the automaker has plenty of alternative options available to them, including shifting productions of other vehicle to the Oshawa plant.

The restructuring that includes the closure of the Oshawa plant and others south of the border was partially blamed on a shift in buyer preference away from sedans the plant produces to pickup trucks and sport-utility vehicles.

However, Dias says the plant has the necessary equipment to build any vehicle the automaker produces.

Dias says he plans on meeting with his American counterpart, the president of the United Automobile Workers, to establish a united front against the company.

If GM refuses to reverse its decision, Dias says his workers are prepared to take labour action.

“They aren’t closing our damn plant without one hell of a fight,” he said, echoing his previous promise to union members at a rally on Monday. “Our plant in Oshawa is not closing and we’ll do whatever it takes. We’re sick and tired of our jobs going to Mexico. Period. We will do anything to stop that.”