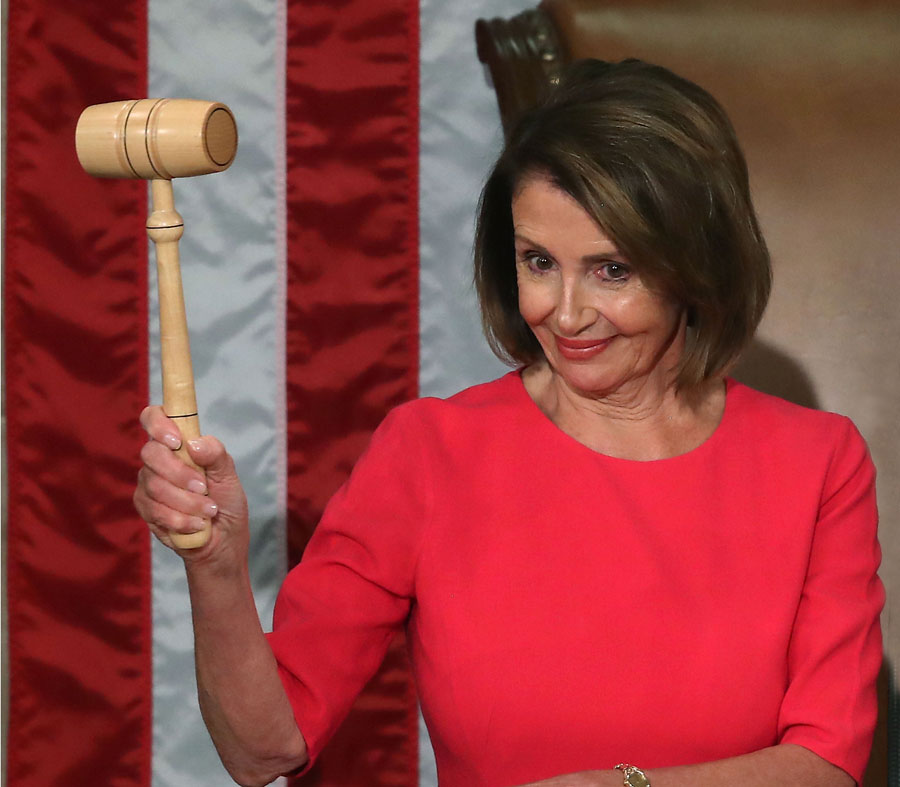 Rep. Nancy Pelosi (D-CA) holds the gavel after being elected Speaker of the House for the 116th Congress. Photo: Mark Wilson/Getty Images

The 116th U.S. Congress was sworn in today as the Democrats finally take control of the House of Representatives.

The occasion will put an end to President Donald Trump’s complete control of both chambers of Congress and should put a cap on one of the zaniest two-year periods in American political history.

It also marks the stunning comeback of 78-year-old Nancy Pelosi, who was sworn-in as Speaker of the House.

In returning to the role she occupied between 2007 and 2011, Pelosi becomes the first person to accomplish that since the legendary Washington powerbroker Sam Rayburn did it in 1955.

It’s a remarkable comeback for a politician who has been written off countless times, not only by the media but also by some members of her own party. In 2017, Pelosi faced down a revolt by the younger generation of representatives, who accused her of being too old and too out of touch with the direction of the party. In fact, many of these younger Democrats opposed her speakership and only supported her when she finally promised to step down in 2022.

That Pelosi survived the party coup and negative media portrayals has proven she is neither too old or out of touch. A veteran of countless political battles in Washington, she’s burnished her image as savvy veteran politician who knows how to get things done. And in her early meetings with Trump, she has showed no signs of backing down and has sent notice she is ready to make life difficult for the President.

This became clear in the infamous Oval Office moment, where she along with Senate minority leader Chuck Schumer trapped the President into owning the government shutdown. She sparred with the President fact-checking his typically wild assertions in real time and uttering the meme-worthy line “please don’t characterize the strength I bring.” She later went out to the gathered reporters wearing sunglasses and a red power coat. Her protestations of “that old thing” aside, this cemented her mastery of the social media game worthy of  insurgent Democratic politicians like Alexandria Ocasio-Cortez, also being sworn in today as the youngest congresswoman ever to serve. In a New York Times article – “Nancy Pelosi, Icon of Female Power, Will Reclaim Role as Speaker and Seal a Place in History” – she was asked if she considers herself Trump’s equal. Her response? “The Constitution does.”

From this we can predict that Pelosi and the Democrat house will oppose Trump on many fronts, including: