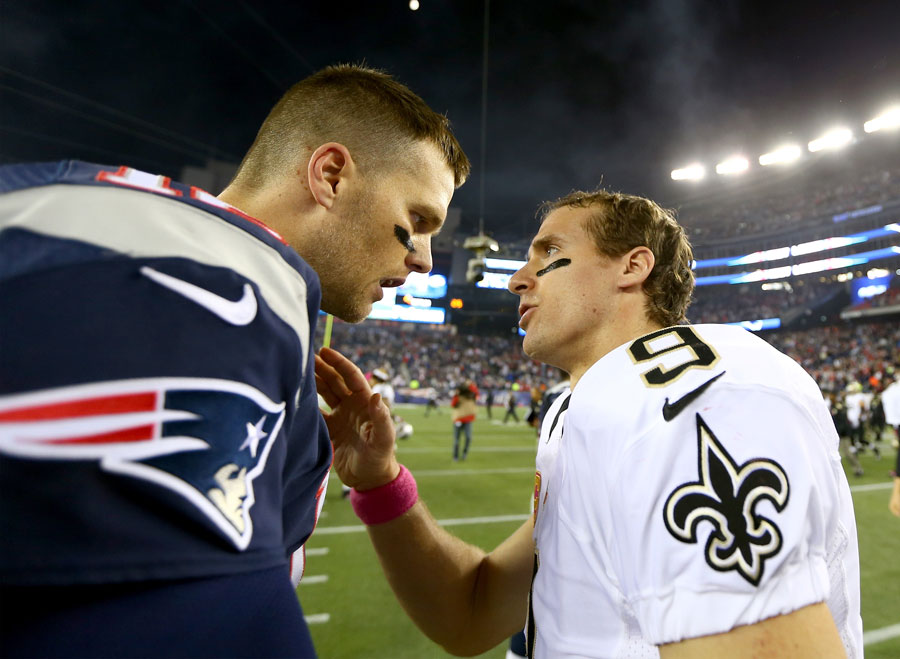 While Tom Brady and Drew Brees are both over 40 years old, they're showing no signs of slowing down. Photo: Elsa/Getty Images.

The narrative going into this weekend’s NFL playoff games was that football fans would be introduced to the next generation of great quarterbacks.

Patrick Mahomes, 23, of the Kanas City Chiefs and Jared Goff, 24, of the Los Angeles Rams were supposed use these games as a launching pad for their talents, showing football fans the future of quarterbacking.

Instead, it was two “old guys” — both over the age of 40 — who flipped the script and wrested the spotlight from the kids and showed the football world that they’re not ready to step aside for the next generation anytime soon.

Tom Brady, the 41-year-old quarterback for the New England Patriots and Drew Brees, the 40-year-old pivot for the New Orleans Saints, defied their age — and their critics — and led their teams to victories in the conference divisional playoffs.

Using a combination of experience and deft touch, Brady picked apart the San Diego Chargers’ defence, orchestrating a surprisingly easy 41-28 victory. In the NFC, Brees played a steady game, refusing to panic after falling behind 14-0, and then marshalling his team to a 20-14 win.

While we’ve grown used to seeing Brady and Brees perform at extraordinarily high levels, their ability to excel and win high-pressure football games — being chased around on the field by men half their age — is still truly remarkable.

So how long can these two age-defying quarterbacks continue winning playoff games in this most violent of sports?

Brees feels he could play well in his mid-40s, unexplored territory for position players in the most violent of sports. “Do I feel like I could play this game for a lot longer? Until I’m 45 and beyond? Yes I do, if that was truly what I wanted to do, I feel like I could do that, God willing, health wise and everything,” he said earlier this year,” Brees told the media. He qualified that, however, by saying he would like to spend time with his wife and young kids and that he’d probably walk away from the game soon.

Brady, on the other hand, has never given any indication that he wants to retire — not even to spend time with his supermodel wife Gisele Bündchen, who wishes he would.

Brady has consistently answered questions about his longevity the same way, saying that he hopes to play to 45 but the deciding factor will not be age but whether or not he can do the job on the field. “When I suck, I’ll retire. But I don’t plan on sucking for a long time,” Brady once said to a Boston sports radio show.

That, of course, prompted a million memes, including this one: Next week’s games will be a true battle of the generations at the quarterback position. When Brady goes up against the Chiefs, he’ll be 18 years older than his counterpart Mahomes. And when Brees faces off against Goff, there will be a 16-year age gap between the two quarterbacks.

Everyone is once again predicting that the two young quarterbacks will come out on top. But as Brady and Brees consistently prove the experts wrong, you just can’t write off the two old guys yet.