Maybe Not So Innocent After All: My Beef With Social Media’s 10-Year Challenge 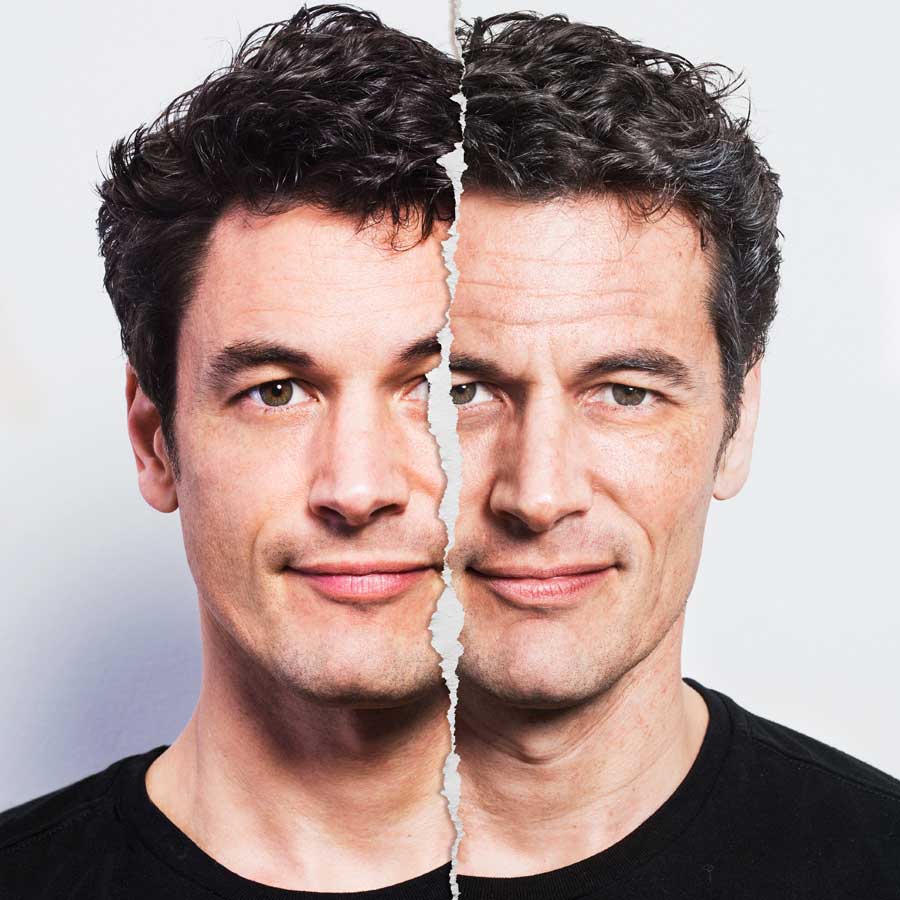 As with most memes on social media, I missed the memo on the “10-Year Challenge.” I just suddenly noticed friends posting pictures of themselves 10 years ago and today, often in the form of then-and-now social media profile pictures.

Of course, beyond your 40s, a decade is not a big deal, and you usually don’t look that different unless you’ve gained or lost weight or had health issues. Some of my male friends’ hairlines have receded slightly. In a few cases the more recent picture made women friends look younger, through canny application of makeup and digital filters.

Fishing for compliments is a skill, after all.

I suspect the meme’s appeal has its largest impact on Instagram users, 90 per cent of whom are under age 35 (the average Facebook user is over 40). A decade in a young person’s life is an epoch and often marks the transition from dork to the-cool-dude-I-am-now.

But when I first realized what the 10-Year Challenge was about, I was confused. Wasn’t there already a longstanding meme for posting old pictures of yourself called Throwback Thursday (TBT for short)?

But there is never a shortage of things on social media for everybody to do because someone else is doing it. There was a similar but less viral meme last year called “If you don’t love me at my (unflattering ‘worst’ picture), then you don’t deserve me at my (flattering ‘best’ picture). File those along with another 2018 10-day challenge that dared you to, “without naming them, show an image every day for 10 days from movies that influenced you, then challenge someone else to do the same.”

What people don’t realize is that these memes serve a data-hoarding purpose. The more information you make public about yourself, the more analytical data the social media platform has on hand to sell.

Tech writer and Fortune 500 Adviser Kate O’Neill actually went on Twitter to warn about contributing to facial recognition databases through memes like the 10 Year Challenge.

“Thanks to this meme,” she wrote, “there’s now a very large data set of carefully curated photos of people from 10 years ago and now. Is it bad that someone could use it to train a facial recognition algorithm? Not necessarily. It could help with finding missing kids, to cite one benign use.

“Like most emerging technology, facial recognition’s potential is mostly mundane: age recognition is probably most useful for targeted advertising. But also like most tech, there are chances of fraught consequences: it could someday factor into insurance assessment and healthcare.”

Fortunately, the cohort of people messing with the meme (and rendering their contribution useless as data) may have outnumbered those who treated it seriously. Some celebs like Jennifer Lopez used it to show that, indeed, they hadn’t aged at all (pregnant 10 years ago, Lopez showed a ripped current pic to prove she’s a baby fat-buster).

But meanwhile, Jennifer Garner’s 10-year-old pic was a paparazzi shot of her backside that caught her on a “slob day,” the top of her ripped underwear showing over her jeans. (The current picture showed her in sweats, face hidden by shades, oddly bent over, carrying a coffee.) Input THAT in your database, boys!

Others, like Mariah Carey, simply showed the same pic twice.
For my part, I eschewed pictures of myself and posted then-and-now pics of Rembrandt – actual self-portraits I photographed in the Mauritshuis in The Hague, which the artist painted more than 40 years apart.

The other aspect to the 10-Year Challenge that bothers me is it’s in keeping with social media’s role as a bullhorn for ageism. You can’t scroll without finding clickbait headlines like, “So-and-so was a bombshell on that sitcom in the ‘80s. You’ll be shocked by what she looks like now!”

The “shocking” discovery is invariably that the former teenager is now a woman (it’s almost always a woman) in her 40s or 50s. Although it is sometimes a man. This past weekend, tmz.com ran photos of William H. Macy in 1996 at age 46 and recently as he is now at age 68. They attached complimentary text about his “good genes,” but the comments were a litany of how horrible people thought he looked. Uh, no. He looks like a reasonably healthy guy approaching 70, with lines on his face and a bit of padding under his eyes. But otherwise, he’s still William H. Macy.

I’m waiting for the Mnemonic Challenge, in which people are invited on social media to reveal the various and clever ways by which they remember their P.I.N. numbers and passwords, and then encouraged to convince their friends and followers to take part.