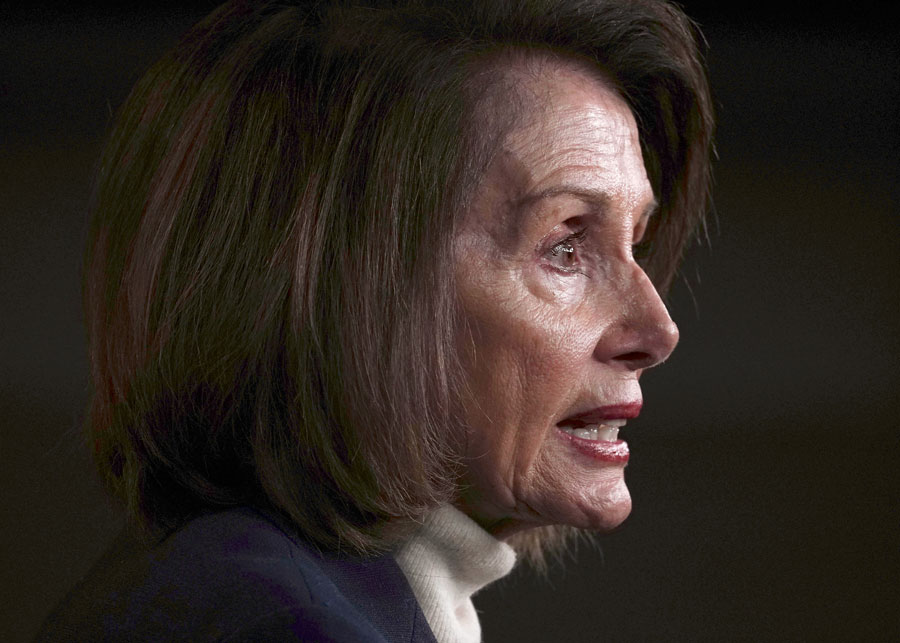 By cancelling the State of the Union address, Pelosi has gained the upperhand in her battle with President Donald Trump. (Photo: Alex Wong/Getty Images)

The political battle between President Donald Trump and House Speaker Nancy Pelosi shows no signs of cooling down. Far from it. In fact, it’s this escalating series of insults and oneupmanship that continues to rage as the American public and the rest of the world watches in wonder.

The war began as soon as Pelosi was elected Speaker of the House, the two adversaries have been at war over the government shutdown, which has now been in effect for over a month.

Trump, of course, has infuriated Pelosi and the Democrats by digging in his heels and refusing to approve a spending bill unless there is money in it to build the wall between the U.S. and Mexico. Pelosi and the House Democrats have consistently responded that they won’t approve money for the wall, and have refused to budge. Lost in the middle of this ugly political war are 800,000 government workers who are no longer being paid.

Pelosi fired the latest salvo Wednesday when she sent a letter to the President rescinding his invitation to deliver the State of the Union address in the House until the government has re-opened.

In her letter, Pelosi writes that “the current House of Representatives will not consider a concurrent resolution authorizing the President’s State of the Union address in the House Chamber until government has reopened.”

Saying he wasn’t surprised, Trump conceded this round to Pelosi, saying it was a “great blotch on the incredible country that we all love.” Trump confirmed that he wouldn’t deliver the State of the Union address in a different location but wait until the “near future.”

While there’s nothing to say the President has to speak in the House, it’s always been done, a symbol of unity of purpose.

Presidential historians were scrambling to find a precedent for Pelosi’s move. There have been cases before of President’s submitting written State of the Union addresses but never before has the House deemed the extraordinary move to cancel it.

So the chaos continues unabated. And as America’s two most powerful political leaders continue to slug it out, to an outsider it appears that their much vaunted political system is beginning to wear down.