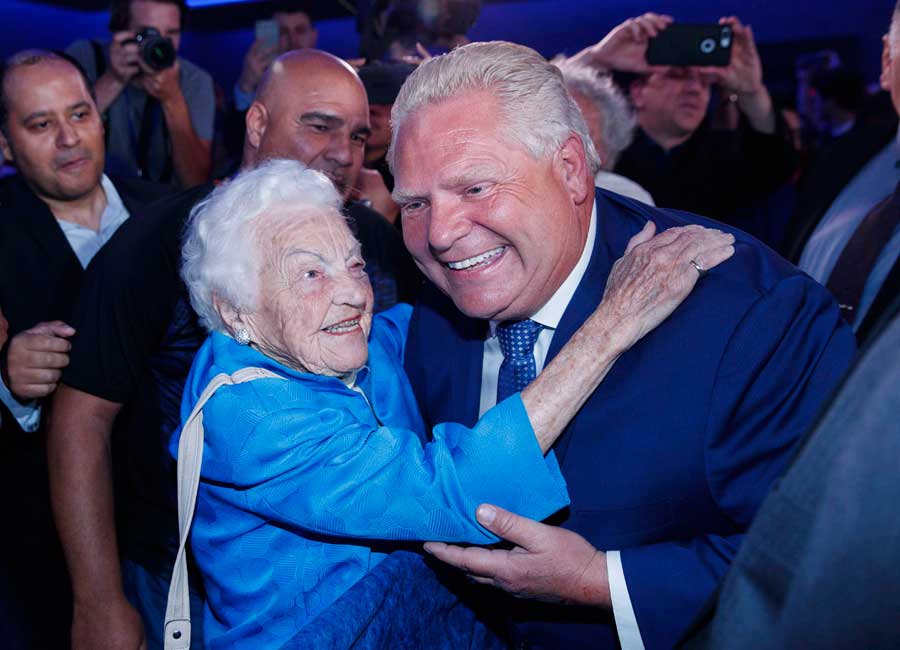 It’s official, former Mississauga mayor Hazel McCallion has turned down her appointment as Premier Doug Ford’s special advisor on housing, a position that would have seen the 97-year-old rake in as much as $150,000 a year.

McCallion, who turns 98 next month, explained Wednesday that she was turning down the position due to her extensive commitments.

“Unfortunately, due to my extensive commitments, I am unable to accommodate the extensive time required for such an appointment at this point in time,” she told the Toronto Star. “As a result, I will not be accepting the formal appointment and the per diem that goes along with it.”

McCallion, who served as Mayor of Mississauga from 1978 to 2014, added that she would remain committed to contributing “as available,” and that she was a “phone call away should they ever require any advice or counsel.”

Ford said earlier on Wednesday that McCallion would advise him on a range of municipal issues without pay, calling her “a great asset at no cost.”

In a later statement, the premier said “it is a sign of her true character that she didn’t feel comfortable accepting this appointment given the time and energy it would have required.”

“I am truly grateful for her friendship and guidance, and I am happy to know that she will always be a phone call away and available to provide informal advice should our government ever require her guidance and assistance.”

Last week, Ms. McCallion told The Globe and Mail she was unaware that Premier Ford’s offer would be announced in a news release and was awaiting further details before deciding if she would accept or not.