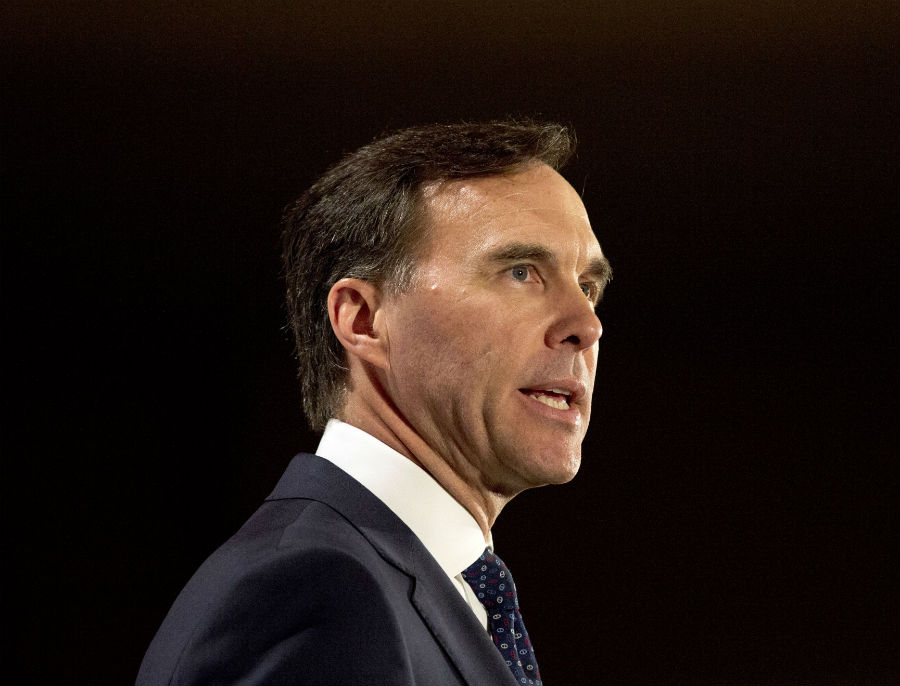 On Monday, Finance Minister Bill Morneau visited ZoomerRadio’s Fight Back with Libby Znaimer for a wide-ranging discussions on SNC-Lavalin, the anxieties Canadians have with the economy and what Canadians might look for in the government’s spring budget.

Here are some of the key quotes from his interview. (To listen to the full podcast, click here)

On allegations that the former Justice Minister Jody Wilson-Raybould was pressured by the PMO to make a decision on SNC Lavalin.

Morneau: “I don’t really think there’s much of a story here. What the Prime Minister has said is that there was no direction given to the attorney general to take a decision. What of course is the case is that in any discussion around a big organization like SNC-Lavalin we’re always going to be concerned to make sure we have a robust discussion but that’s the nature of government. We’re trying to do what’s best for Canadians and the Prime Minister clearly said there’s no direction to the attorney general. So, from my perspective, there’s not a whole lot to discuss.”

What Canadians are anxious about

Morneau: “The overall sense of anxiety [about the economy] is still there. We’ve done a lot of things but people are still anxious about the future. The big picture is that people are worried about the job market. People are anxious about the future. We’ve heard concerns about skills for retraining. We’ve heard concerns about housing, millennials worry about how they can potentially get a house. People see that the world is more volatile than it was a generation ago and they want to be ready to face up to that challenge.”

Morneau: “We need to look at ideas like that and think about: “are they going to have a broad enough application to impact a lot of people, how much does it cost.”

Balancing the needs of Millenials vs. older Canadians

Morneau: “We don’t have the luxury of looking at just one cohort of people. We really do need to think how our financial decisions impact everybody. We have to do things that impact both [the younger and older generations.} We have to be responsible for all peoples’ challenges. It’s the only way we can come at it.”

Morneau: “We think it’s necessary to put a price on pollution. We need to do that nationally. We’re also giving a rebate to citizens that’s equivalent to the price on pollution. This means people will have the money in their pocket and decide how to use it.”

Will there be a National Pharmacare program in the budget?

Morneau: “We need to think about the rising price of pharmaceutical products and we need to have everyone with access to pharmaceuticals. I don’t think anybody believes that it’s ok for some people not to have access or afford pharmaceuticals. We need to address both those issues. We will inevitably need to have some negotiation with the provinces to get this right because this is going to be a shared area of jurisdiction. There is going to be some discussion of this (I hope) in the budget and it will be an ongoing goal of our government.”

Morneau: “This issue brings me to thinking about demographics. We have an increasingly aging population and we have to make sure we not only have the ability to make sure that everyone who’s in Canada has a successful opportunity to get a job but also that we bring in people from other countries. I am focussed on the importance of immigration and our successful ability to integrate Canadians into a healthy economy. We’ve been a country that’s been extremely successful in welcoming immigrants and creating a society that’s a beacon of hope. We need to maintain that strength.”

Running up deficits: The Liberals promised that the budget would be balanced by end of their mandate, this year. Federal Finance Department says by 2040.

Morneau: “We’ve been really clear about this, we want to invest in Canadians. Increasing GIS and the child benefit were really important to deal with the anxieties they see in raising their families or dealing with challenges as they get older. Our issue is that we reduce the deficit each year and that we reduce the amount of debt – and we’ve been doing that. It’s moving in the right direction. Do you take the approach to immediately balance the budget by using austerity and cuts to get there or do you do it in a gradual approach, by keeping investing in Canadians, keep helping seniors to be successful and keep helping families to be successful but manage [the deficit] down over time.”

Morneau: “I’ve got to say that I think the conclusion we got to [in negotiating] a new NAFTA [agreement] was a real milestone. We do see that there’s unfinished business. We do need to get at these tariffs on steel and aluminum. I will tell you we’re all working on that – I’ve been working at that directly … and I’d like to think we’re making progress there, but it’s not done. It’s important for us to keep making the case for why tariffs don’t work. The best we can do is continue on those negotiations. I’m very hopeful we’ll be able to get to a conclusion.”