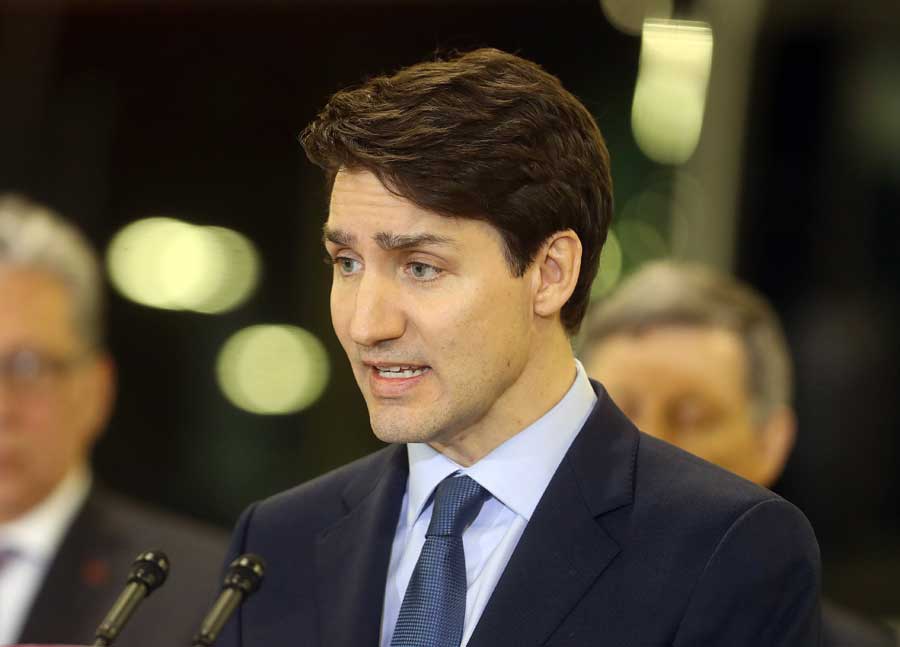 Jody Wilson-Raybould has maintained complete silence since her resignation from cabinet yesterday blew the SNC-Lavalin/Liberal Party influence-peddling scandal to a whole new level. So while we wait for her side of the story, let’s hear from the politicians, pundits and personalities who are playing a central role in this developing political drama.

Prime Minister Justin Trudeau: We played by the rules

“Our government did its job properly and according to all the rules,” he said. “If someone felt that we did not — someone within the government, a minister or particularly the attorney-general — then it was her responsibility to come directly to me and highlight that. No one, including Jody, did that. She of course should be coming to me and explaining that, and she did not.” [GlobalNews]

“I think it’s time for Justin Trudeau to stop speaking for Jody Wilson-Raybould and let her speak for herself.” [The Guardian]

“While the attorney general sits at a certain distance from his cabinet colleagues, in Canada — unlike in other countries — he does not work in isolation from them, or the important experiences or considerations that those colleagues bring to the table. These discussions can improve the quality of decision-making. But there is a line that cannot be crossed — telling the attorney general what a decision ought to be. That would be interference. And at the end of the day, I abide by the long-standing principle that when acting as attorney general, I will apply my judicial mind to a decision, and not my political mind.” [National Post]

Federal Ethics Commissioner Mario Dion: “I have initiated an examination”

“I have reason to believe that a possible contravention of Section 9 may have occurred. Section 9 prohibits a public office holder from seeking to influence a decision of another person so as to improperly further another person’s private interest. As a result, I have initiated an examination … and have so informed Mr. Trudeau.” [CTV News]

“The question is whether a partisan committee is the right place to do that type of review. On the other hand, as many people tell me, well, where else will it be done? If our committee is able to work collegially and in a non-partisan way, maybe we can be helpful to this process. That is what I think me and all my colleagues are weighing.” [CTV News]

“This is not a partisan issue. This is about political interference that goes to the heart of our democracy.” [GlobalNews]

“If the justice committee can’t study that, well then, what is there?” [CTV News]

“To [Housefather] and to all members of the committee, I say this: the truth is not partisan.” [Montreal Gazette]

“If Justin Trudeau and the Liberal government shut the justice committee’s work down, it would send a dangerous signal to Canadians about the state of our democracy.” [Chronicle Herald]

“How the law treats individuals or corporations in our society is not, and should never be, incumbent upon the political pressure they can exert upon politicians,” he said.  [CTV News]

As someone on the inside, who knows [Wilson-Raybould], I can tell you that she is fierce, smart and unapologetic. When women speak up and out, they are always going to be labelled. Go ahead. Label away. We are not going anywhere. [Twitter]

Bill Wilson, father of Jody Wilson-Raybould: Ashamed of the PM

“I’m ashamed of what the prime minister has done to my daughter.” [GlobalNews] “If this moves out the way it is, it’s not because of Jody, but because of what I consider to be a crime committed at the highest level. It could very well bring down a government.” [CBC.ca]

“Thank you to my pappa for your unwavering support.” Jody Wilson-Raybould [Tweet]