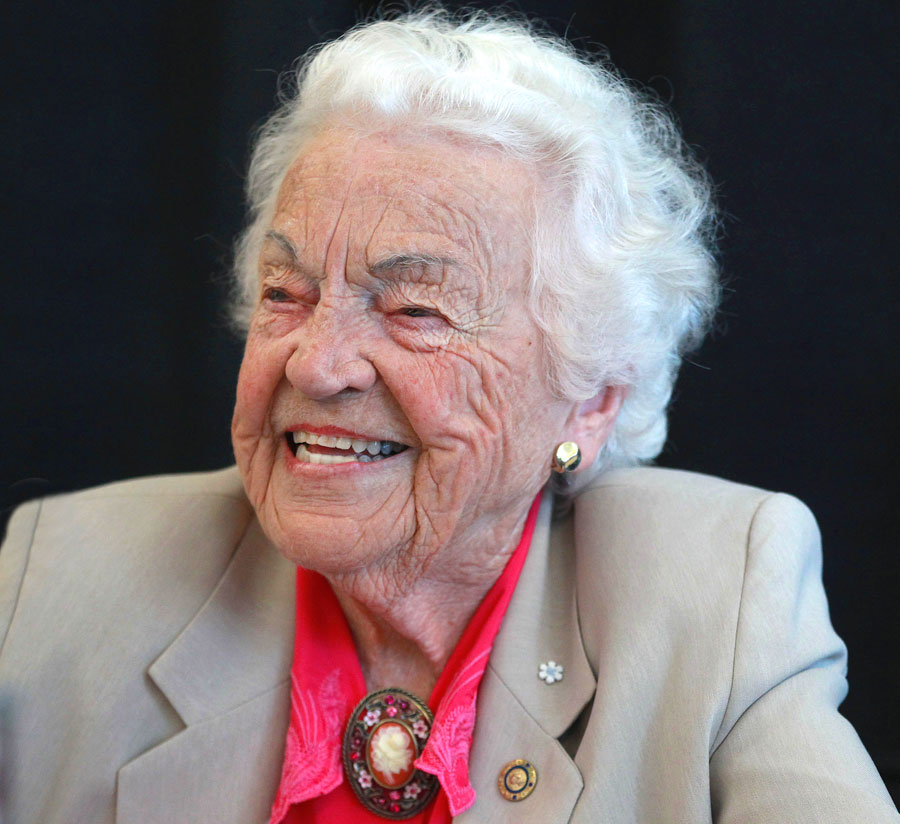 Today marks the 98th birthday of one Hazel McCallion, a quintessential retail politician whose colourful style, straightforward manner and uncanny ability to get things done made her one of Canada’s most popular and longest serving mayors. At 98, not only is “Hurricane” Hazel McCallion remaining hale and hearty (few 90-somethings go rock climbing to celebrate their birthday) but she’s also still busy attending events, cutting real estate deals, sitting on boards and showing no signs of getting bored or slowing down.

She’s so busy, in fact that she recently turned down a job offer from Ontario Premier Doug Ford, saying, “Unfortunately, due to my extensive commitments, I am unable to accommodate the extensive time required for such an appointment at this point in time.” While the name Hazel McCallion will be forever associated with running Mississauga, Ont., she was actually born (in 1921) and raised in Port Daniel, Que., where her father ran a fishing and canning business. As a young woman, Hazel Journeaux played hockey for a women’s professional team in Montreal, earning $5 per game, an experience that not only cemented her life-long love of our national sport (she played into her 90s) but also made her a champion of the woman’s game.

Still in Quebec, she landed a job with Canadian Kellogg, where she rapidly climbed the corporate ladder until she was transferred to Toronto in the 1960s. There, she married Sam McCallion and began raising a family in Streetsville, Ont., a tiny village outside of Toronto.

It was when Hazel and Sam founded a local paper, The Streetsville Booster, that she developed a taste for local politics, and truly found her niche. After serving on every local civic board imaginable, in 1978 she ran for Mayor of Mississauga, which was then a quiet commuter suburb west of Toronto.

Her 1978 victory paved the way for an unprecedented run in civic politics; McCallion served as mayor for the next 36 years, transforming Mississauga from a sleepy bedroom community into the sixth largest in Canada by the time she finally called it quits in 2014.

The most popular mayor in Canadian history, (in 2005, she finished runner-up for the World Mayor Award), few bothered to challenge her supremacy. Famously, she never campaigned nor did she ever accept political donations.

McCallion earned the nickname Hurricane Hazel not only for her brash manner but also because of the manner in which she got things done. When asked whether she liked the moniker, she said: “I’ve been called other things too, and some of them uncomplimentary and sexist like the ‘Queen of Sprawl’, ‘Attila the Hen,’ ‘The Mom who runs Mississauga’ and the ‘Mississauga Rattler’, so it’s little wonder that my favourite nickname is Hurricane Hazel.”

She seldom, if ever, raised property taxes, instead relying on developers’ fees to pay the city’s bills. She once described her philosophy as mayor: “Trying to run a city like a business. Paying for things up front. Trying to stay out of debt.”

A born political wheeler-dealer, she brought powerful real estate developers to heel and always managed to carve out the best deal for her beloved city. Despite her age, her energy never flagged and she never turned down a challenge. At age 90, a local geriatrician said of McCallion: “At 90 her gait is perfect, her speech is totally sharp and she has the drive to still run this city. She’s the poster child for seniors.”

In 2014, McCallion decided it was time to quit local politics, but remained heavily involved in politics, helping Justin Trudeau win the seniors’ vote in the 2015 election with her late endorsement.

For her life of civic service, she’s won every award possible, including the order of Canada, and has had schools, buildings, hospitals—even the local Canada Day parade – named after her.

Even at 98, the energy Hazel McCallion brings to every challenge is evident. Perhaps it’s the good genes or maybe it’s her incredibly positive view on aging that keeps her so active and relevant. Her philosophy on aging is simple: “I’m not saying all seniors should be running a city or running a business, but I am saying seniors are good for a lot more than simply running a bath, baking cookies or babysitting grandchildren.”