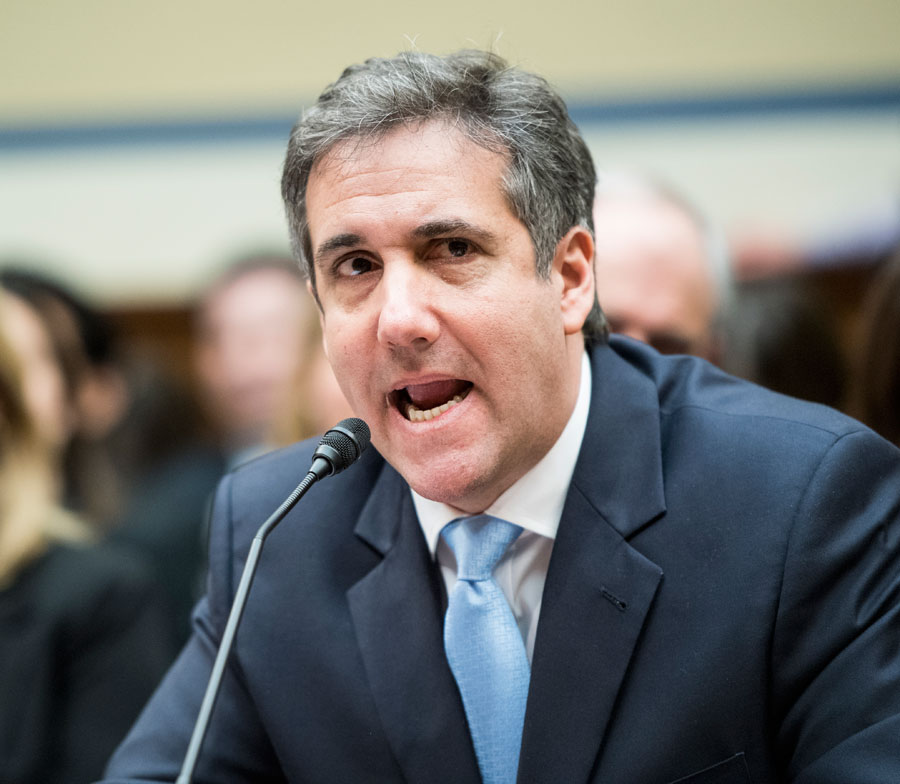 As President Donald Trump returns home to the U.S. today after failing to secure a nuclear deal with North Korean leader Kim Jong Un, he must now face the prospect of limiting the damage done by Michael Cohen’s ongoing testimony to the U.S. Congress. Here’s what happened yesterday at the contentious hearings.

The Michael Cohen testimony to the U.S. Congress House Oversight and Reform Committee hearing on Russian interference in the 2016 election came as advertised: a blistering attack on Donald Trump’s personal and legal character. In a hearing watched by millions, Cohen repeatedly excoriated the President, attacking his credibility and legal misdeeds, leaving nothing hidden.

Part farce and part freak-show, no other country in the world revels in publicly flaying its politicians to the extent the U.S. does. Undoubtedly, it makes for gripping drama, much more interesting than anything airing on daytime TV.

But even as these affairs go, this one was cringeworthy – the ugly exchanges between Cohen and Republican questioners that punctuated today’s hearings was a bit like watching a bunch of rats fight over the last crumb of bread. It somehow made Justice Brett Kavanaugh’s highly volatile Supreme Court nomination hearing seem like a reasonable affair.

Right from the start Cohen, Mr. Trump’s former personal attorney and fixer, seemed to relish the chance to unleash his full tirade, a chance to avenge himself on the President. “He is a racist. He is a con man. And he’s a cheat,” said Cohen in his 30-minute opening diatribe.

And it only went downhill from there.

On the President being a racist, Cohen recalled Trump saying: “He once asked me if I could name a country run by a black person that wasn’t a ‘shithole.’”

When questioned about the number of instances Trump asked Cohen to threaten an individual on his behalf, Cohen said: “500 times.”

Trump shot back at these accusations from his ex-lawyer with a withering Tweet, questioning Cohen’s credibility and pointing out the fact that he is being represented by Lanny Davis, long-time lawyer to the Clinton family.

The Republicans at the committee hearing did everything they could to limit the damage of Cohen’s testimony and disrupt the proceedings. Rep. Mark Green (R-Tenn) called him a “scorned man going to prison for lying to Congress.” He added that “if the Democrats were after the truth, they’d have an honest man testifying.” Mr Cohen parried, “the American people aren’t here to hear about my taxes.”

Over and over again, the Republicans hit on him for lying to Congress, committing bank fraud and cheating on his taxes. At one of the many low points of the hearings, Rep. Paul Gosar (R-AZ) called out: “Liar, liar pants on fire.”

During these savage personal attacks, in which the Republicans accused Cohen was testifying in turn for lenient sentencing, the disbarred lawyer shook his head, deflected the questions or went on the attack. In the end, he settled for repeating the mantra: “I’ve made mistakes in life. And I’ve owned them.”

Democrats, of course, went easy on Cohen, content to let him tell his story without serious questioning. Rep. Carolyn Maloney (D-NY) went so far as to call Cohen’s testimony “a story of redemption.”

The unstated but transparent goal behind the Democrats holding these Congressional hearings is clearly to shift public sentiment against Trump and build an impeachment case against the President.

The explosive testimony in today’s hearing are clearly shocking and incredibly damaging. Whether the witness is telling the truth or not almost seems beside the point. Because even if we don’t believe a word he’s saying, Michael Cohen comes off as the type of henchman a man like Trump would hire to do anything—legal or illegal—to capture the White House.

Although many have sounded the death knell on this Presidency before, today’s testimony seems particularly damaging and it now appears almost impossible that even an escape artist like Trump can survive this latest episode.