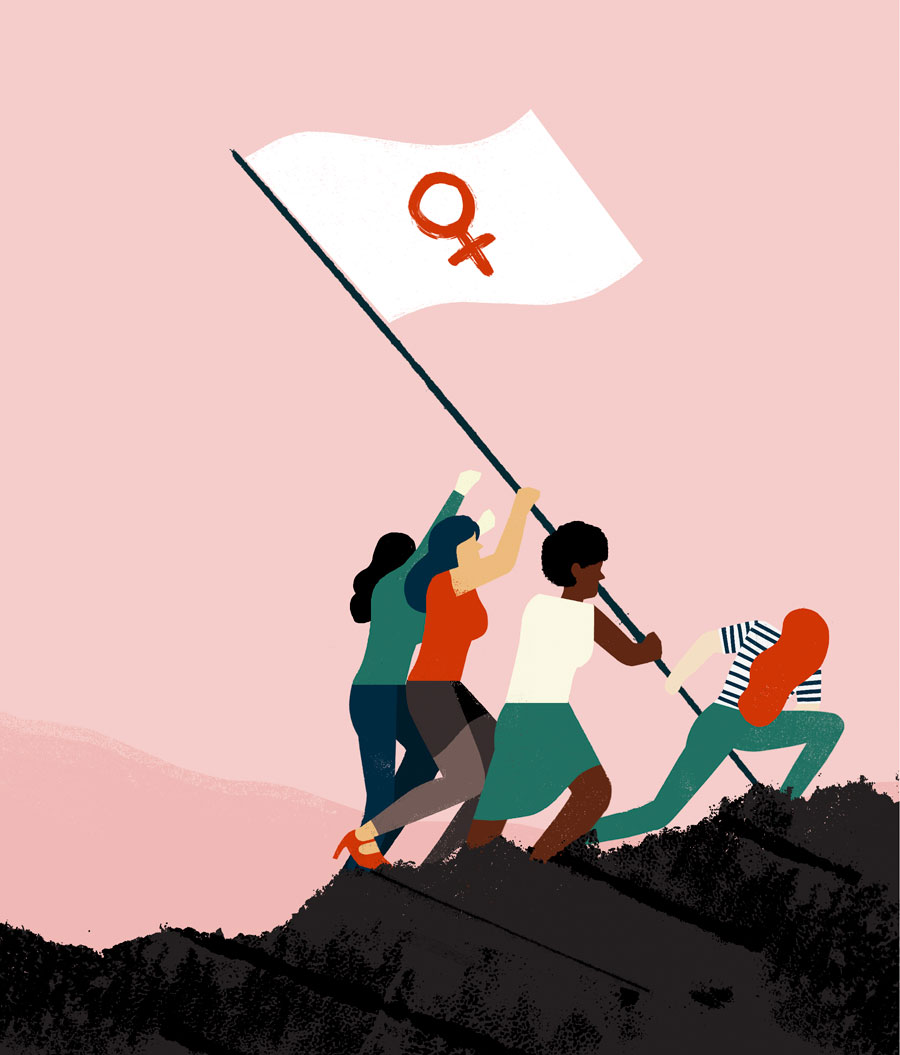 “The most courageous act,” said Coco Chanel, “is still to think for yourself. Aloud.”

This International Women’s Day, Friday, March 8, let’s celebrate some of the women who have been thinking for themselves, aloud, and speaking out:

Jody Wilson-Raybould, 47, Canada’ first Indigenous attorney general who spoke out about being pressured to end prosecution of SNC-Lavalin for bribery and also about allegedly being demoted because she refused.

“Her people raised her from the moment she was born to be a very strong voice,” Indigenous rights advocate Michelle Robinson, told the Toronto Star.

Jane Philpott, 58, one of Trudeau’s most trusted ministers, according to the CBC, resigned as Treasury Board president over the SNC-Lavalin affair. She said she had to “abide by my core values, my ethical responsibilities and constitutional obligations.”

Ontario Liberal MP Ontario Liberal MP Celina Caesar-Chavanne, announcing that she wouldn’t run in the October election, said that, although her decision wasn’t related to the SNC-Lavalin scandal, she supported Wilson-Raybould.

“When you add women, please do not expect the status quo. Expect us to make correct decisions, stand for what is right and exit when values are compromised,” she tweeted.

And yet, there were other women who were speaking out in support of Trudeau.

Foreign Affairs Minister Chrystia Freeland, 50, said she was sad that her friend and colleague Wilson-Raybould “has chosen to leave the cabinet” and emphasized that Trudeau “absolutely” has her full confidence. And she defended him as a feminist, despite the women abandoning his cabinet.  “When it comes to working with the prime minister as a woman, I have found him to be absolutely supportive.” Other female cabinet ministers who expressed confidence in the Prime Minister include Mélanie Joly (Minister of Tourism) and Catherine McKenna (Minister of Environment and Climate Change.)

Julie Payette, 55, Governor-General, astronaut: “We must be vocal, all the time, everywhere, every single one of us, so we can deconstruct misinformation and don’t end up in an echo chamber just listening to what we want to hear.”

Kristen Facciol, Canadian Space Agency flight controller, inspired by Julie Payette, who will serve as console at NASA’s Space Center on March 29 for the first all-female spacewalk in history. It is her voice that will be heard by NASA astronauts Anne McClain and Christina Koch during their spacewalk at the International Space Station.

“Holy smokes, my twitter exploded with excitement over women doing awesome things in space and I LOVE that. But here’s hoping this will be the norm one day! … Let’s be unapologetically excited about space and life together!”

Margaret Atwood, 79, icon, author, feminist. She’s been speaking out since the publication of her first book 50 years ago, The Edible Woman, with its themes of gender, identity and the expectations of and for women. Her prescient The Handmaid’s Tale has made her a superstar. “A voice is a human gift; it should be cherished and used …Powerlessness and silence go together.”

Across the border, recently elected Democratic congresswoman Alexandria Ocasio-Cortez, 29, is defying expectations for a self-described “Puerto Rico girl from the Bronx.” She’s pushing her party to the left with a Green New Deal and is proud to be called a socialist, a dirty word in the U.S. “If they want to make an example out of me, I will gladly be one,” she tweeted  “Hopefully we can be an example of dedication, courage, and persistence under fire. I also hope to be an example of not tolerating nonsense, too.”

Nancy Pelosi, 78, is the highest-ranking elected woman in United States history, second in the presidential line of succession, and the first woman to be elected Speaker of the House.

“When Mr. Trump tried to undercut her by suggesting she was ‘in a situation where it’s not easy for her to talk right now,’ Ms. Pelosi fired back,” reported the New York Times. “ ‘Mr. President,’ she said, ‘please don’t characterize the strength that I bring to this meeting as the leader of the House Democrats, who just won a big victory.’ “

Ruth Bader Ginsburg, 85-year old rock star U.S. Supreme Court Justice wrote in her very first Supreme Court brief, in 1971, “The pedestal upon which women have been placed has all too often, upon closer inspection, been revealed as a cage.”

Tarana Burke,45, founder of the “Me Too” movement: “Women have been speaking up for years about harassment and abuse. ‘Me Too’ has just created cover for those who didn’t feel safe enough to speak up.”

Alicia Garza, 38, co-founder of Black Lives Matter: “Sometimes you have to put a wrench in the gears to get people to listen.”

Saudi Arabia women’s rights activists, ranging in age from their 20s to 70s, ten of whom have been jailed for a year, reportedly have been tortured and now face trial.