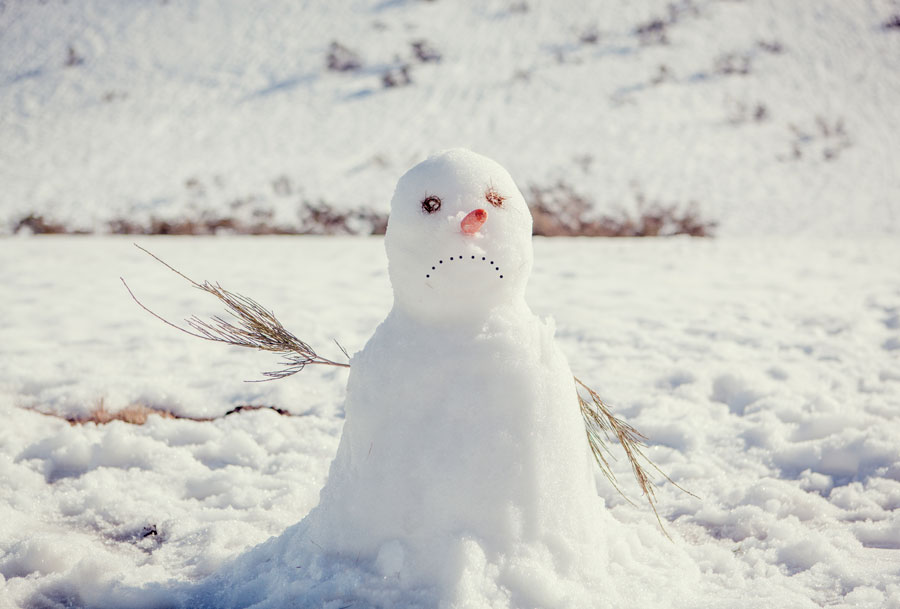 I was a juror at the Regard Short Film Festival last week in Chicoutimi — which, for the record, is 450 km northeast of Montreal — and spent some time Saturday with colleagues on a hike across the Saguenay River via a walking bridge.

It was minus 10 degrees, with gale-force gusts of wind that nearly blew my smartphone out of my near-frostbitten hand as I took pictures. “Oh well,” I said, “in four days, it’ll be spring.”

The laughs were sardonic.

The vernal equinox — which occurs Wednesday — is not a magic bullet that immediately cures winter. It means the number of hours of sunlight in a day now equals the number of hours of darkness and will gradually shift further to the bright side. The Earth’s exposure to the sun is increasing north of the equator (being as how the planet is tilted, with northerners warmly receiving more sunlight in the summer even though we’re farther away from the sun, orbit-wise, than we are in winter).

But hey, it’s spring. The image is of bunnies hopping merrily across a suddenly verdant field, as flowers spring up to the appropriate sprightly section of Vivaldi’s The Four Seasons.

In Canada, the reality is that it’s muddy-dog season; a grey, slushy often-quick melt that floods basements and — in the case of places like Calgary and Winnipeg — sections of entire cities. And at some point, there’s usually a vengeful last punch-in-the-face from winter (if you grew up in in Winnipeg, you may remember that punch coming some years as late as May).

In other words, spring is like the ugly end of a bad relationship with a previous season, one that happens more or less the same way every year, like the movie Groundhog Day. Experience tells us that, despite some unwelcome rebounds with that last relationship, things will get better soon enough — a lot better, as in warm-up-the-barbecue better.

The good news for people prone to Seasonal Affective Disorder (SAD) is that climate change appears to have made traditional winter weather start later (usually in January). The bad news is that same disruption has unleashed the now infamous Polar Vortex on us, worsening what winter we do have. Recent studies show that SAD continues to affect many Canadians through to April.
(Speaking of Groundhog Day, has that tradition EVER made sense to Canadians? If Wiarton Willie or Punxutawney Phil don’t see their shadow, it’s a sign spring will come early. But if they DO see their shadow, there’s six more weeks of winter. I repeat, winter ending in mid-March is considered the worst-case scenario. Where did they make this up? Miami?)

The comic Jeremy Hotz is fond of noting that spring is the time of year when snow melts, exposing dog poop from last year to the elements, with the result that everything smells like poop. (And if you have a dog, and have sometimes in the winter lazily let it out in the backyard in lieu of a walk — and allowed the result to get covered by snow week to week — you’re looking at one of the grossest of spring cleaning tasks).

Bugs will return. As bad as mosquitoes are (sorry to keep coming back to you, Winnipeg) the worst insects in the country, I submit, are black flies, deer flies and horseflies, whose most intense season is spring. By July/August, swarms dwindle.

As foliage emerges, so do allergies for many people. Well, no good mood goes unpunished.

Meanwhile, as winter recedes, it occurs to you, you might have put on a few pounds under all those clothes. Never mind the slush, get out and start walking.

In the years when I was a joint Blue Jays’ season ticket holder, the games used to be at CNE Stadium with the cold wind blowing off Lake Ontario. And the first April night games were an endurance test suffered by no other fans save for Grey Cup attendees (at our ticket draft, people often offered to trade two April night games for one in July).

To rub it in, there was a structure called the Bulova Tower that was visible within the stadium and showed fans the time and temperature throughout the game. Often the latter would drop toward freezing. When it hit zero, the crowd would applaud sarcastically.

In the back of our Canadian minds, we know summer is coming. But there’s a part of us that isn’t ready to believe it. There will be days when spring looks just like it does in the movies. But for a while, climatically, spring will be like that section of the tunnel where the daylight in the distance gives you hope.

And as always, I vow to never complain about the heat this summer, no matter what.

Spring into Shape: Walk Away Your Pounds