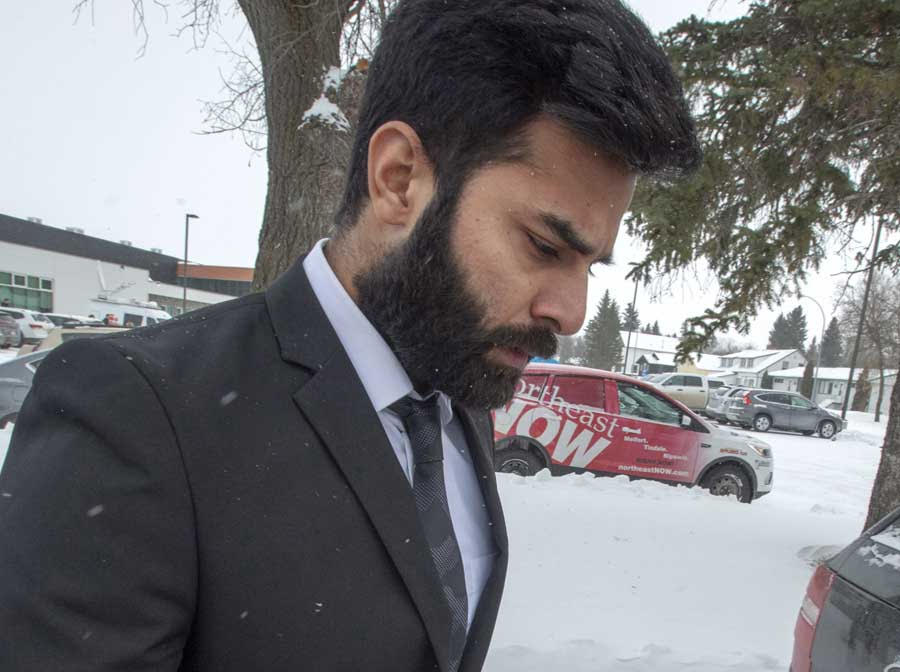 Jaskirat Singh Sidhu, the driver of the truck that crashed into the team bus of the Humboldt Broncos, killing 16, was sentenced to eight years. Photo: The Canadian Press/Ryan Remiorz

It’s been almost a year since Canadians woke up to the horrifying news that a semi-trailer had crashed into a bus in rural Saskatchewan, taking the lives of 16 players, coaches and trainers of the Humboldt Broncos hockey team and injuring 13 others.

In a packed Melfort, Saskatchewan courtroom, family and friends affected by the tragic accident found some measure of closure with the sentencing of Jaskirat Singh Sidhu, the driver of the truck who had been charged with 29 counts of dangerous driving for ignoring  a stop sign and ploughing his rig into the side of the junior hockey team’s bus.

Sidhu, 30, was sentenced to a sentence of eight years in prison — eight years for each fatality and five years for each injury, to be served concurrently. And, in a follow-up ruling, the company that Sidhu worked for – Adesh Deol Trucking (own by Sukhmander Singh) was fined a paltry $5,000 on five safety-related charges.

With parents and family members sitting tensely in the gallery, many wearing the Bronco jerseys of their beloved lost ones, Judge Inez Cardinal said she wanted “all victims and their families to know their voices have been heard in these proceedings. “Most find the pain unbearable. Families have been torn apart.”

In passing sentence, Judge Cardinal said that while “Mr. Sidhu has expressed profound remorse,” his guilt of repeatedly ignoring road signs caused a tragedy that “will reverberate across Canada for years to come.”

In deciding on the heavy sentencing, Judge Cardinal said she tried to balance criminal behaviour while acknowledging that mistakes are made everyday by law-abiding citizens. Arguing that Sidhu had many chances to stop, the judge said, “somehow we must stop this carnage on our highways.”

Crown Prosecutor Thomas Healey had argued at an earlier sentencing hearing that Sidhu should receive a 10-year sentence for his role in the accident. The defence made no argument other than pointing to similar cases where the defendant received between 18 months to four years.

It’s inarguable that Sidhu broke the law and made a mistake that he’ll regret for the rest of his life. But people blow through stop signs every day, and receive little more than a traffic ticket and a stern scolding from a police officer. Just because Sidhu’s fatal lapse in judgement unfortunately ended so tragically, it shouldn’t mean he should be sent away to jail for such a long stretch. Doesn’t the ultimate responsibility lie with the firm that hired such an inexperienced driver to operate these unwieldy machines? Cardinal praised Sidhu for pleading guilty to 29 counts of dangerous driving and saving the Humboldt families the pain of a lengthy trial. Sidhu told the court that: “I take full responsibility for what has happened. It happened because of my lack of experience,” Sidhu told the court after pleading guilty. “I can’t imagine what you are going through, what you’ve been through. I have taken the most valuable things of your life. I will be so so so so so sorry from this day.”

Sidhu, who moved to Canada from India in 2013, was not speeding or driving while intoxicated at the time of the crash. He told the court that while taking “full responsibility,” he blamed the accident on his inexperience as well as concern over a flapping tarp that had come lose on his rig, which distracted his attention from road warning signs.

The tragic accident shocked the nation and caused lingering emotional damage to family members and friends of those who died. Morgan Gobeil, the last member of the team still in hospital, was released in early March. “During his time at the hospital, Morgan has celebrated his high school graduation, his brother’s wedding, his 19th birthday, several holidays and he has witnessed the change of all four seasons,” the  Gobeil family said in a statement.

Put Your Sticks Out: Why the Humboldt Broncos Tragedy Resonates So Deeply

Humboldt Jersey Day: “We see you. We hear you. We love you.”