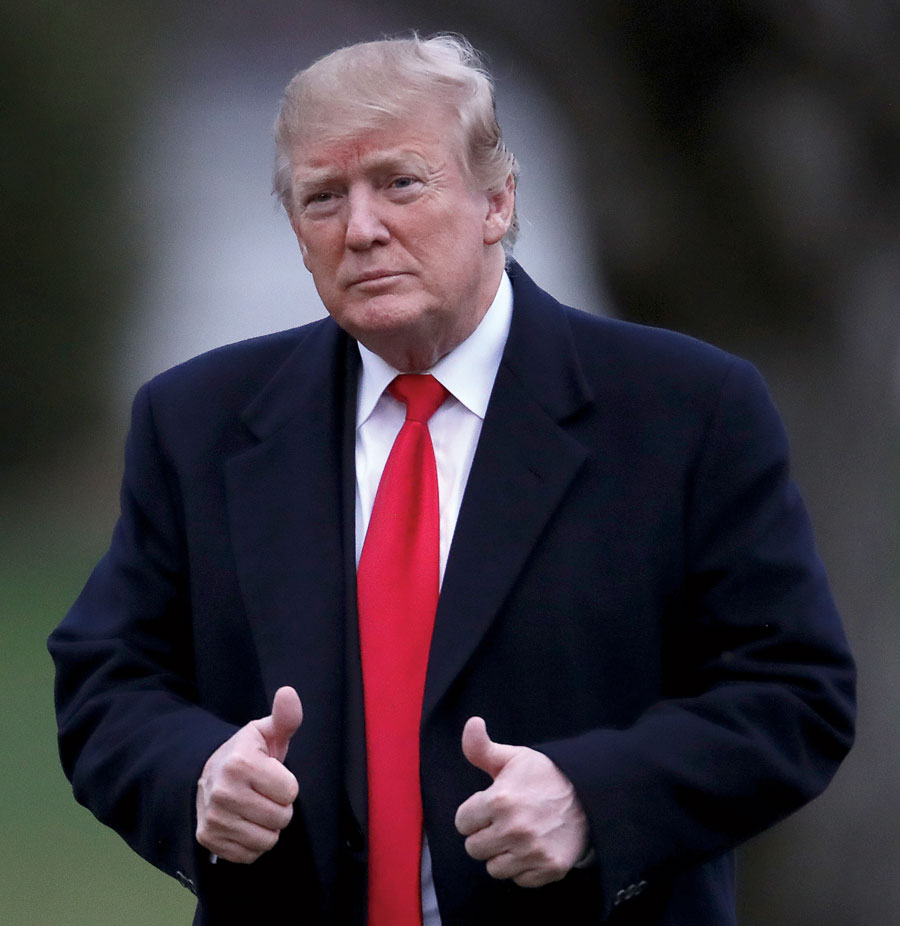 Donald Trump was in a celebratory mood as the Mueller Probe's report failed to find any evidence that he colluded with Russia. Photo: Win McNamee/ 2019 Getty Images

After almost two years of angry accusations of clandestine dealings with a foreign nation, noisy pushback from an embattled President and endless speculation from a blood-thirsty media, the Mueller Report finally landed yesterday with little more than a quiet whimper.

The two conclusions of this long-awaited report? U.S. President Donald Trump was exonerated on charges that he colluded with Russia and not enough evidence was found to charge him with obstruction of justice.

Those were the shocking determination of U.S. Attorney General William Barr, who released a four-page memo summarizing the findings of Special Counsel Robert Mueller

Despite the fact that Mueller and his team of investigators spent 675 days submitting 2,800 subpoenas and interviewing almost 500 witnesses, he failed to find the smoking gun that proved Trump or his associates “conspired or coordinated with the Russian government” to influence the 2016 election. Mueller’s report also failed to prove that Trump’s firing of then FBI-director James Comey or his efforts to shut down parts of the probe constituted obstruction of justice.

If and when Mueller’s full report is released, there will be controversy over the enigmatic “obstruction of justice” findings. Barr quotes Mueller: “while this report does not conclude that the President committed a crime, it also does not exonerate him.” While the Democrats are desperately hanging on to this wording, it doesn’t appear the President will be charged. As Barr says, “the evidence developed during the Special Counsel’s investigation is not sufficient to establish that the President committed an obstruction-of-justice offence.

This isn’t the last word we’re going to hear on Trump’s legal problems. Not by a long shot. Some leading Democrats, including House Speaker Nancy Pelosi who is calling for a full release of the Mueller report, tweeted that “AG Barr’s letter raises as many questions as it answers.” And New York Congressman Jerry Nadler — chair of the House Judiciary Committee — suggested that because some combustible charges from Mueller’s report may have been stifled in the 4-page public memo, “we will be calling Attorney General Barr in to testify.”

Besides the left-over dealings with Mueller, the President also faces a series of criminal investigations into his financial dealings, his charitable foundation and his inauguration committee.

But today is a good day for Trump to bask in the self-righteous glow of having been proven correct in saying that the Russian probe was a “witch-hunt” all along.

But besides celebrating, he might also begin planning his inevitable retribution, against his accusers and the media. “This was an illegal takedown that failed,” an elated Trump told reporters. “And hopefully somebody is going to be looking at the other side.” And one Trump advisor told CNN that the President plans to “slam and shame the media” over the no-collusion findings.

The Mueller probe may be over but the fallout will be felt for a while to come.

In the Politics of Fear, Who’s Actually Running Scared?

Is Trump’s Firing of Attorney General Sessions a Bid to Stifle Mueller Probe?