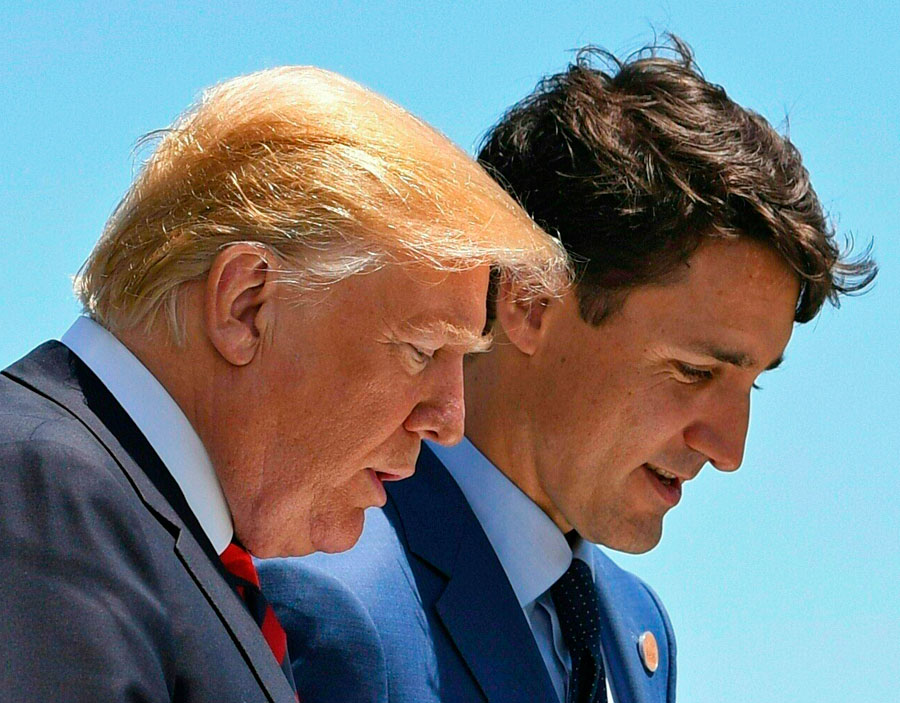 As the dust finally settles on LavScam and Russiagate — two scandals that recently rocked the leaders of both Canada and the U.S. — now might be a good time to put these two affairs into perspective.

Like previous Canadian political controversies (Tunagate, Adscam or the Senate Scandal) the SNC-Lavalin affair will likely be remembered for what it was — a  truly Canadian cause celebre.

While the opposition and media tried to play it up as a misuse of power by Prime Minister Justin Trudeau and members of his office, the Liberals assured us that it was nothing more than a lot of raised voices and rolling eyes. In the end, the Toronto Star probably got closest to the truth when it suggested that, “not much happened, but whatever happened must be reported. Repeatedly.”

Juxtapose that with the hysterically over-the-top and breathless commentary the U.S. media gave to Robert Mueller’s probe on Russian interference and you can see how the very different ways these two countries process a scandal. Even after Mueller submitted his report, we still don’t know what truly happened: was it a “witch hunt” or “coup attempt” as President Donald Trump and right-wing media suggest, or a “cover-up” of “massive political malfeasance” as the liberal media keep touting.

So, in an effort to illustrate just how different Canadians and Americans treat their political scandals, let’s breakdown the key points of #Russiagate and #LavScam.

#Russiagate: Did the President collude with Russia and then block attempts to investigate this collusion?

#LavScam: Did the Prime Minister and members of his office put pressure on his attorney general Jody Wilson-Raybould to do a legal favour for a Quebec-based engineering firm that’s also a big Liberal donor.

#Russiagate: Anything that involves Trump always has the odour of corruption.

#LavScam: Anything that involves the Liberal Party and Quebec always has the odour of corruption.

#Russiagate: This nickname follows the irritating media rule that, since Watergate in the early 70s, all political scandals must contain the suffix “gate.”

Will it Make a Good Movie?

#Russiagate: Filled with clandestine meetings with foreign powers, ominous plot twists and threats of revenge, it has all the makings of a Hollywood spy thriller.

#LavScam: With its moderate disagreements about confusing Deferred Prosecution Agreements, it’s being described by many pundits as a “failure of good governance.” Good material for a “worthy Canadian” procedural drama on the good old CBC. (Hasn’t Cancon suffered enough?)

#Russiagate: Trump as the villainous President, Michael Cohen as his scumbag lawyer, Roger Stone as the sleazy lobbyist and Robert Mueller as the stern lawman who would clean up Washington — they’re all colourful characters right out of central casting.

#LavScam: While Trudeau has movie-star good looks, his supporting cast of Gerald Butts, Jody Wilson-Raybould, Jane Philpott and Michael Wernick don’t really jump out at you. Modest, yes, but evil? Our “villains” seem more suited as captains of a university debating team rather than stars of the big screen.

#Russiagate: Besides being covered 24/7 by U.S. cable stations, the scandal generated a whopping 533, 074 web articles resulting in 245 million social media interactions. Basically, the whole country watched this soap opera unfold and then discussed it endlessly.

#LavScam:  Enthralled the country for a few weeks. Now, the only people left following it are Conservative party members and political junkies.

#Russiagate: Resulted in eight guilty pleas or convictions to many of the key players, including Stone, Cohen, Paul Manafort, Michael Flynn and Rick Gates.

#LavScam Resulted in a bunch of resignations: Butts’ quit as the PM’s advisor (he’ll run Trudeau’s re-election campaign), JWR and Philpott quit cabinet (but will continue to sit as Liberals), MP Celina Caesar-Chavannes won’t run next election (after complaining that Trudeau raised his voice against her) and Michael Wernick resigned his job as Clerk of the Privy Council. (It was clearly time.)

#Russiagate: Has confirmed in many people’s minds that Trump is a power-hungry ruler who will stop at nothing to retain power.

#LavScam: Has confirmed in many people’s minds that Trudeau is a power-hungry ruler who will stop at nothing to retain power. And that he’s a “fake feminist” — a label that will never be applied to Trump.

#Russiagate: Will continue to dominate headlines and be the subject of history books for years to come.

#LavScam: Will likely be forgotten by the summer holidays.