Forget About Winning, For Toronto Blue Jay Fans 2019 Is All About Vladdy Jr. 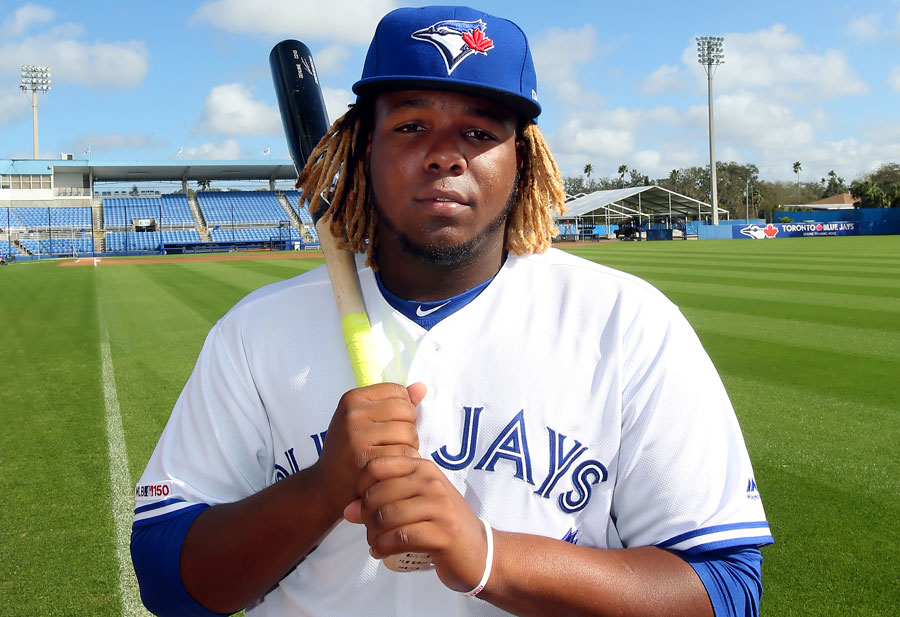 As the Toronto Blue Jays get set to play their 2019 home opener, the team’s unofficial theme  should be: “Wait ’til Vladdy gets here.”

Vladimir Guerrero Jr., that is.

With the Jays in full rebuilding mode, not even the most hard-core supporters are predicting this team will make the playoffs. So the fact that winning games might not come easy, many fans are instead looking toward the future.

And a big part of that future will arrive sometime in May when the 20-year-old budding superstar makes his first appearance in Toronto (depending on when he recovers from a grade 1 oblique strain).

The son of Montreal Expo-great and Hall-of-Famer Vladimir Guerrero Sr., young Vladdy is all grown up now. And while he doesn’t resemble his dad in looks or physical tools, if his minor-league numbers are any indication, it seems he can swing the bat just like the old man did. Vladdy Jr.’s dominant performance in Buffalo last year has fans salivating to see him in the big leagues. The projected third-baseman has abundant power, electric bat speed, a gift for hitting to all fields and a keen eye at the plate. Scouts are touting the phenom as not only the top prospect in baseball this year (by a longshot), but perhaps the best in a long time.

“He’s as good a looking hitter as I’ve ever come across in a decade or a generation. Just the physicality of the swing, the power and how direct it is, it’s top shelf. He’s going to hit,” one enthusiastic American League scout told MLB.com. Get used to this sweet stroke because you’re going to be seeing it a lot over the next few years.

As well as welcoming Vladdy Jr. to the dugout, rookie Blue Jays manager Charlie Montoyo is anticipating the arrival of 21-year-old shortstop Bo Bichette to the club at some point in the season, possibly as early as June.

Bichette (whose father Dante also played in the major leagues) is rated by some to be baseball’s number 2 prospect. Though Bo likely won’t match the power numbers of his father, he’s an aggressive line-drive type of batter who could hit a lot of doubles. And while he has a strong arm for shortstop, Bichette still needs some work on his fielding.

Besides the excitement generated by these two youngsters, Montoyo will have a couple of familiar faces back from last year: outfielders Kevin Pillar and Randal Grichuk return as well as starting pitchers Marcus Stroman and Aaron Sanchez, both of whom are hoping to rebound after subpar seasons.

Gone are veteran catcher Russell Martin and reliable starter Marco Estrada, each of whom will be missed. The always surly, injured and unproductive shortstop Troy Tulowitzki has also departed. He will not be missed simply for the fact that he seldom played.

So fans coming to the park or following the Jays on TV or radio shouldn’t expect big things from the team. Winning isn’t the priority this year.

The real interest will be following the progress of the two young stars as they develop before your eyes.

“Here’s the future, here we go,” said an excited Charlie Montoyo as the team headed to Toronto for the opener. If Charlie’s excited, we should be too. This promises to be fun.