He Said-She Said: Are We Okay With Wilson-Raybould Releasing A Secretly Recorded Phone Call? 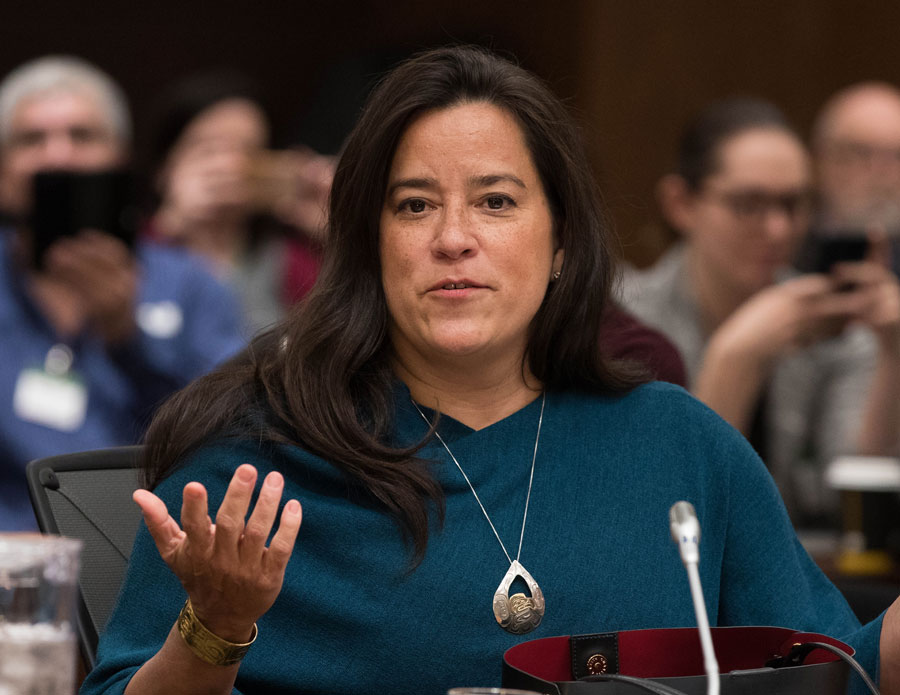 Jody Wilson-Raybould released a secretly recorded private phone conversation she had with Privy Council Clerk Michael Wernick to prove her side of the story in the SNC-Lavalin affair. Photo: LARS HAGBERG/AFP/Getty Images

The latest dramatic revelations in the SNC-Lavalin scandal that simply refuses to go away are still simmering after former Attorney General of Canada Jody Wilson-Raybould took the extraordinary step of releasing a copy of a secretly recorded conversation she had with then- Privy Council Clerk Michael Wernick.

Wilson-Raybould says she released the recording of the 17-minute conversation to the House Justice Committee in order to prove her side of the story — contrary to what Prime Minister Justin Trudeau and his officials have been saying, the Prime Minister and party officials were indeed pressuring her to stop criminal charges against SNC-Lavalin, instead offering the embattled engineering firm a Deferred Prosecution Agreement (DPA).

To answer the first question, take a read of the full text of the conversation (which can be found here)  The discussion is a tense back-and-forth between Wilson-Raybould and the Privy Council Clerk Wernick, acting on behalf of the Prime Minister. Wernick tries multiple times to convince Wilson-Rabyould to re-think her decision not to step in and offer SNC-Lavalin a DPA. While Wilson-Raybould remains firm to her decision, Wernick suggests the Prime Minister wants another answer — and will get it no matter what.

Here are the relevant parts (in italics) of the transcript that suggest, in Wernick’s words, that the Prime Minister was ready to take opposite action on the SNC-Lavalin affair:

Wernick: [The Prime Minister] is quite determined, quite firm but he wants to know why the DPA route which Parliament provided for isn’t being used. And I think he is gonna find a way to get it done one way or another. So, he is in that kinda mood and I wanted you to be aware of that.

Wernick: I think [Trudeau’s] view is that his is not asking you to do anything inappropriate or interfere. He is asking you to use all the tools [referring to the DPA] that you lawfully have at your disposal.

JWR: I know I have a tool under the prosecution Act that I can use. I do not believe it is appropriate to use [this] tool in this case.

Wernick: Well [Trudeau] is in a very firm mood about this.

JWR: … this is not about saving jobs – this is about interfering with one of our fundamental institutions – this is like breaching a constitutional principle of prosecutorial independence.

Wernick: I am going to have to report back before [Trudeau] leaves … he is in a pretty firm frame of mind about this so … I am a bit worried…

JWR: Bit worried about what?

Wernick: It is not a good idea for the Prime Minister and his Attorney General to be at loggerheads.

JWR: Michael to be honest with you and this is not a great place for me to be in – I do not relish this place – but what I am confident of is that I have given the Prime Minister my best advice to protect him and to protect the constitutional principle of prosecutorial independence.

Wernick: I am worried about a collision then because [Trudeau] is pretty firm about this … I just saw him a few hours ago and this is really important to him.

This conversation seems to prove Wilson-Raybould’s point that the Prime Minister not only knew about her concerns about political interference but that he was bound and determined to change the attorney general’s mind. There can be no other interpretation to to Wernick’s words that the PM is in a “pretty firm mood” and that “he is gonna find a way to get it done one way or another.”

Wernick released a statement through his lawyer saying that he failed to brief the Prime Minister about his conversation with Wilson-Raybould. Why? Because everyone “went on holidays the next day.” In this day and age of cell phones, texts and email, that excuse seems laughably dubious and rightly drew scorn from opposition leaders, including Conservative leader Andrew Scheer, who said, “certainly I’m not buying that.”

So while the release of the recordings help Wilson-Raybould prove her side of the story, the legal and ethical implications of secretly recording a conversation must also be addressed. In other words, does the end justify the means?

Wilson-Raybould claims she didn’t have any staff in her office to take notes, so she was forced to record the conversation. If this was the case, she should have told Wernick she was recording the conversation.

Many members of the Liberal Party, including Transport Minister Marc Garneau, voiced concern over Wilson-Raybould’s secret recording. “When the top lawyer in the country and the Clerk of the Privy Council are having a conversation about something very important, it is totally inappropriate to record without notifying the other person. It is not an honourable thing to do,” he said.

Prince Edward Island MP Wayne Easter went further, calling Wilson-Raybould’s tactics, “about as low as you can go” adding that she “should be gone. Gone. Should’ve been gone long ago.”

According to reports, Easter and other Liberals MPs have begun to meet with the hope of booting Wilson-Raybould from caucus. But even if they successfully remove her from the party fold, she will continue to be a thorn in their side for a long time to come.