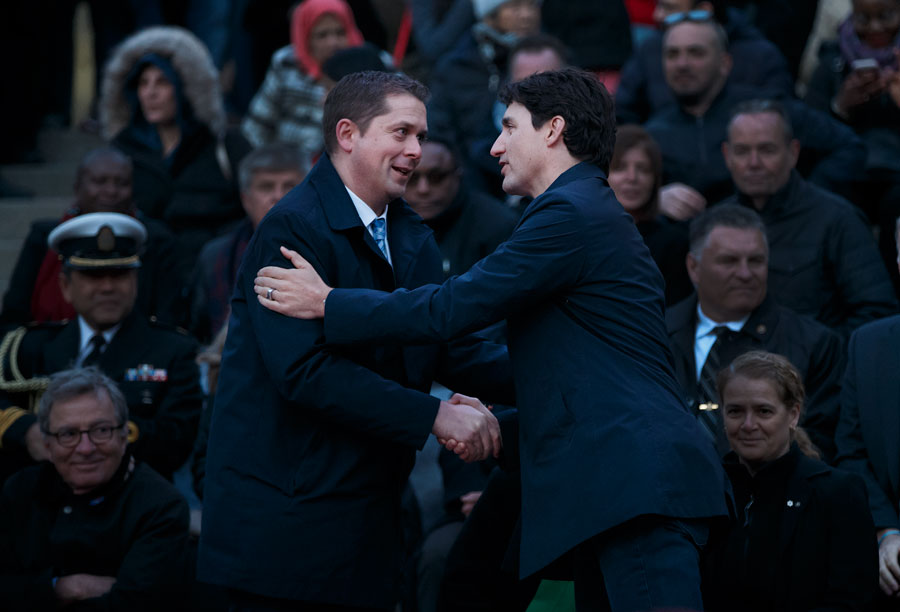 Claiming that comments made by Scheer about the Prime Minister’s role in the SNC-Lavalin affair “went beyond the pale of fair debate,”the PM’s lawyer, Julian Porter, issued a letter outlining five quotes found in a March 29 press release issue by Scheer that he considered were “libellous of my client personally and in the way of his occupation as Prime Minister.”

According to Porter’s letter, all of the above charges contain “defamatory comments” that are “entirely false” that “will be referred to in any subsequent action and is to be treated as a notice pursuant to s. 5 of the Libel and Slander Act of Ontario.”

Scheer welcomed the letter, saying he relishes the opportunity of facing the PM in court. In a press conference yesterday, he told reporters that, “I stand by every single criticism I have made of Mr. Trudeau’s conduct in regards to this scandal, including those Mr. Trudeau’s lawyer cites in his letter.”

While the Prime Minister didn’t comment on the legal letter, his press secretary Eleanore Catenaro issued a statement saying: “Andrew Scheer and the Conservatives have repeatedly made false and defamatory statements. We put him on notice that there are consequences for making completely false and libellous statements.”

Scheer has played the SNC-Lavalin scandal for all its worth, a strategy that has begun to reflect in the polls. A March 28 Angus Reid Poll says that Trudeau’s “favourability among the public continues to sink” — the poll suggests that if the election were held tomorrow, Conservatives would have 37 per cent support, the Liberals would be at 28 per cent and the NDP would be at 17 per cent.

While anything Scheer says within legislature is protected by parliamentary privilege, charges he makes outside legislature are fair fame for libel action. And while it’s rare for a sitting Prime Minister to sue another politician, the Globe and Mail reports that Stephen Harper did just that to then Liberal leader Stéphan Dion for accusations that he was trying to bribe another MP. The case was dropped after Dion was replaced as leader.